One of the most challenging legs of a three-month trip I recently made around Australia was an eight-day guided Outback tour, from Alice Springs to Adelaide. That week I travelled 2000km overland, visited sites with a geological history dating back millions of years, and lost all known contact with the comfort zone.

The trip began with a leisurely 300km drive from Alice Springs to Kings Creek Station campsite in the Red Centre – the starting point of our adventure. As this was the first time I had slept in a tent since the Bay City Rollers were at Number One, I was slightly nervous at the prospect. Unfortunately, the girl with whom I was to share a tent for the next three nights seemed to have left her deodorant at home. To make matters worse, our stay coincided with the invasion of a small army of Australian schoolgirls, who created a permanent log jam in the shower block. The novelty of eating dinner around the campfire, however, soon eclipsed any feelings of hardship, perceived or otherwise.

The following morning we were up before the crack of dawn for our 9km hike around nearby Kings Canyon in Wataarrka National Park. The gorge was spectacular and the view from the top of the 100m walls was breathtaking. Even before midday, the sun was scorching and we got to feel first-hand just how intense and dry the Outback heat can be.

After replenishing our water and fuel reserves, we continued on to Yulara – the purpose-built tourist resort some 20k south of Uluru. We quickly set up camp, reaching the sunset viewing spot (nicknamed Sunset Strip) just in time – along with 10 million other tourists. As we drove towards the Rock, our driver/guide played some techno-didgeredoo music, which silenced even the most talkative of the group. The bubbly, beer and Pringles we had packed for occasion were the icing on this particular cake.

The next morning, we were roused at 5.45am for a somewhat chilly sunrise viewing, before heading off to the big Rock itself. A few of the group chose to throw everything to the wind and climb Uluru. I was not one of them. Apart from respecting the wishes of the local Anangu people, the climb is notoriously treacherous. I joined the others for the 10km base walk, which promised to be infinitely more informative and enjoyable than the horrendously steep climb (Uluru is only 348m high but is a round three-hour ordeal for most people). The base trail was fascinating, as my walking partner and I discovered the ancient caves and paintings in relative seclusion. Halfway around, we stopped to rest in a totally tranquil and shaded spot. It was unbelievably quiet and peaceful – the only noise coming from a bird rustling in the trees nearby.

After a short lunch stop, we continued on to Kata-Tjuta, or the Olgas, 30km away. The Olgas is a formidable looking cluster of monoliths, often over-looked by the average package tour (the tallest rock is around 200m higher than Uluru). The 7km Valley of the Winds walk was as rewarding as the Uluru base walk, but by the time we finished, most of us were all but crawling on our hands and knees. A round of banana sandwiches raised morale sufficiently to produce a yes vote on whether to stay on for another hour or so to watch the sunset. The bananas were not wasted as we sat transfixed, watching the rocks change from pale orange, to deep red, to brown. Our Leader made perhaps the biggest blunder of his tour guiding career the next morning, by waking us up an hour too early, at 5am. The guide in the group camping next to us had woken up early by mistake and in his sleep stupor, ours had followed suit. Luckily, most of us didn’t make it very far into the day before he realised his mistake and shamefacedly ushered us back into our tents (luckily for him I suspect).

The road to hell

Have you ever travelled 800km in one day, across the desert, with a truckload of half-wits and weirdos? A bag of sweets and chocolate is absolutely essential (ear plugs are optional). Our destination that day was Coober Pedy – opal mining capital of the world and home of the brave (or insane, depending on how you look at it).

The year-round temperatures in Coober Pedy vary from 0ñC to 55ñC, so most inhabitants dwell underground, in houses bored into the sides of hills (Coober Pedy apparently means ‘white man’s hole in the ground’). The underground temperature is kept at a constant 18-25ñC so heating and air conditioning isn’t required. When they’re not fossiking or noodling for opals, the townsfolk have their hands full preventing less balanced members of the community from blowing the place up (anecdotes abound of devious detonations). To give some idea of the remoteness of the town and its environs, Mad Max III was filmed there, and while I was there, a rumour was circulating that the next Star Wars film would be shot in the area.

I found Coober Pedy terribly unnatural, and my night in an underground bunkhouse was not an experience I’d ever wish to repeat. The bunkhouse was stifling and the dust, choking. It was like a scene from Close Encounters the next morning as we groggily filtered out into the daylight.

Our fifth day saw yet another long drive, to the town of William Creek. William Creek is the smallest town (population 10) in the world’s largest cattle station (roughly the size of Great Britain). It is also commonly described as the ‘Fly Capital of Australia’. True enough, by then, the little bastards were beginning to get on my proverbials…and in my eyes, nose, mouth and ears. The dust was also taking its toll, as it was no longer possible to discern what colour my clothes had been when I left Alice Springs. The lack of greenery and any visible signs of nature, asides from swarms of flies and the odd cow, led to a sort of collective grizzling which continued until we reached the border with South Australia.

That night we camped out in the bush for real. The official campsite at William Creek was just too scary, as were its trailer-inhabitants. A cruel twist of fate saw us pitched up next to a set of luxury cabins, temporarily erected for a bus load of silver-haired holiday makers.

I must confess, I succumbed to temptation and crept over to one of the shower/toilet cubicles under the shadow of darkness. Most of the group, who could be bothered, struggled over to the campsite to queue with the great unwashed for a cold shower in a filthy old cubicle. My smugness soon faded though as the temperature dipped severely. I would swear the temperature fell below freezing that night – and I had stupidly left my fleece in the locked bus. I only managed about four hours’ sleep, waking at around 2.30am. As I lay shivering in my tent, I looked deep into my soul and asked myself some searching questions, like “Am I into masochism?” and “Have I joined the Marines by mistake?”

Mercifully, our Day Six itinerary led us back into the land of all things green and furry. That afternoon, we emerged from the Outback into the beautiful and lush Northern Flinders Ranges National Park. The contrast between William Creek, where we had come to (no smelling salts required thanks to the cold), and Angorichina, the small tourist village where we were to pass out that night, couldn’t have been starker.

Our accommodation that night was a former sanatorium for men who contracted TB during the First and Second World Wars. Legend has it that an inmate who hanged himself there haunts the old building. You are meant to be able to see the shadow of the poor soul swinging from the ceiling of the common room. I can’t say I saw any swinging shadows that night, but then I did have my eyes squeezed shut and my sleeping bag zipped to within an inch of its life.

The world of the supernatural was soon forgotten, however, as we woke to another beautiful, yet entirely different vista – rolling hills carpeted with wild purple flowers, towering gum trees and sci-fi sized Aloe Vera plants.

We went further into the Flinders Ranges that day, to our camp at Wilpena Pound, an 80 square km natural basin and one of the main tourist attractions of the national park. Our last big walk of the trip took us to a viewpoint where we could survey the park and its wildlife. While my legs were beginning to complain quite audibly by this stage, I knew that I couldn’t waste a moment of this once-in-a-lifetime experience, by joining some of the others who had sneaked off to laze by the campsite swimming pool.

That night’s sunset was simply jaw-dropping. We had driven up to a different viewing spot, which was completely surrounded by the wall of the basin. It was, in the words of many a gap-year traveller, ‘awesome’.

Exhausted, most in the group crashed out early that last night following a drool-inducing fish and chip supper from the campsite restaurant. Having gone to bed at an entirely respectable 9pm, I was awake again at 3am because of the cold. I took my cue to rise from the sun. As the morning mist began to clear, I spotted some kangaroos grazing on a nearby hill. I stole silently up the gentle incline to see how close they would let me get before they leapt away. For a moment, it was just them and me. It was one of ‘those moments’ – the ones you don’t forget.

After breakfast, we pulled down our tents for the last time and prepared for the final leg of our journey. The mood of the group was buoyant. Some of the older members had understandably had enough of roughing it, while most of the others were champing at the bit in anticipation of hitting Adelaide. All I could think of was a long lie in the next morning in a comfortable bed. But I was also a little sad that it would soon all be over.

We mostly drove that day, stopping at a few interesting towns along the road. One of these was an old railway town called Quorn – ‘the gateway to the Flinders’ and the set of the films Gallipoli and Sirens. Sitting on that bus for those last 300km was quite an endurance test. But a quick stop at a winery in the Clare Valley about an hour and half outside Adelaide turned even the most hardened grimace into a grin.

We finally reached the city centre at around 7pm. I had chosen to stay in a hostel on the eastern side of the city near the parks and Botanic Gardens. I read in my guidebook that the hostel had been built 90 years ago as a Salvation Army hostel for young country ladies. It sounded entirely suitable. 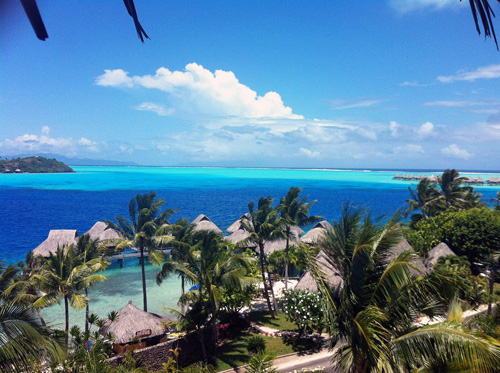