Clichelike sunsets, vast dunes of sand and an oppressive heat from an evershining sun. I have the feeling of being on a gigantic beach, but here I can only dream about water and a swim.

On the edge of one of the worlds biggest deserts, water is preciously rare. All I can see in front of me are dunes of sand, even if Erg Chebbi and the tiny, almost ghost-town of Merzouga are just tiny specks on the outskirts of Sahara. Erg Chebbi lies in Morocco, on the west end of a desert that reaches all the way to Egypt on the other side of a whole continent. This makes Sahara a dominating natural phenomenon in North Africa. For hundreds and thousands of years countless peoples, cultures and empires have lived, prospered and disappeared in and around it. All of them were both shaped and at the mercy of this enormous desert.

Because even if the sand gives me a distinct feeling of being on a giant beach, I can only dream of a cooling swim. This is among the worlds harshest climates. It was a lot easier for me to feel this hardness in the flat plain of stone we passed through, coming with the twice weekly bus from the nearby town of Rissani, a small oasis town about an hours busride away from Merzouga. The stone plain is as much a desert as Erg Chebbi itself and the difference between the sand and the stone desert looks huge. The stone desert looks like a flat and gloomy plain of dark grey stone, in which a series of wheeltracks heading in more or less the same direction works as a road. When I looked out of the buswindow I could see wheeltracks coming and going in all directions, all looking the same, and I wondered how it was possible to know in which direction we were supposed to go to reach Merzouga. When the sun hit the ground it seemed to disappear immediately. While in the sand desert, you can follow the different hues of color on the sand through the day. The sand change color from almost blindingly bright in the middle of the day, to a deep red-orange color at sunset. It seems to mirror the color of the sun as it travels through the sky until it dives behind the horizon. Like a red ball of fire the sun vanish in a haze that makes the shape of the distant hills vague and uncertain. The same hills that will eventually close the day by covering the sun.

Just after sunset, the darkness falls down on the land like a thick rug of wool. The wind started to blow at nightfall as long as I stayed in Merzouga whirling up the sand and making movement outside the guesthouse difficult and dangerous. Because of this I were not able to see a lot of the village or get to know its people. Merzouga lies scattered about, grey with dust from the sand and as we passed through on our way to the guesthouse, it looked almost deserted. For many people living in the village, the tourism offered by Erg Chebbi have become the most important source of income. Village people run guesthouses and act as guides for tourists, taking them on jeep and camel treks. As I do not like such organized trips, the best view I could have of the village people were on the busride back and forth from Rissani. The bus, or rather minibus, was packed to the brim with humanity in the front, sheep in the back and a couple of crates filled with hens on the roof. The bus didn’t leave Rissani before every possible space inside and outside the bus were used to seat or store someone or something. The men in the bus wore headwraps to protect themselves against the sun and their mouths from the sand and dust. The women wore the traditional jelaba, a long robelike garment with a deep hood that could be used to protect against both the sun and the sand. Many of the men also wore these, although of a slightly different fashion. In such extreme climates as a desert, you have to protect yourself against the conditions. You have to adapt to the desert because the deset will never adapt to you, and let it shape your life to a certain degree. Driving through the stone plain, it seemed to me that even the music played on the bus’s old and tired stereo had been shaped by the landscape that surrounded us. Listening closely, the music sped my imagination to vast empty plains, where little or nothing grew and the sound could be borne clear across vast distances. All around me, I could feel the adaptation to the rythm of the desert. “Desert-time” was even an expression in the area, and even I who only had the chance to stay a few days were forced to adapt to an easier pace. In the middle of the day when it was to hot to move about, I was mostly dozing in the shady guesthouse, only really waking up some hours before nightfall, before walking up to one of the biggest dunes in the vicinity of the guesthouse, to catch the best view of the sunset.

And as I sit here, my legs aching from the long and steep climb of the dune, I feel something. Around me are other tourists who, like me, have come out to watch the sunset. We are all waiting for the clichelike sunset, watching an italian trying out his new skis here, as far away from snow as possible and with little success. At last I am able to catch a glimpse of the hardness of the sand desert as well. Now, after an incredibly hot day with a mercyless, baking sun, the rays finally loses some of their power and let their grip go. Just in time to give way for the night, embracing us in the sudden dark and cold that the desert night brings.

Travel information: Erg Chebbi, Moroccos greatest area of sand desert lies in the very east of the country, only about 40-50 kilometres away from the Algerian border. Merzouga, a tiny desert village lies just on its borders, and have become a base for tourists who wishes to explore the area.

Getting there: Buses going to Er-Rachidia and Rissani leave from many towns in western Morocco, including at least Rabat and Meknes. From Rissani you can catch the (more or less) twice weekly bus going to the village of Merzouga. The bus travels back the same amount of times to Rissani. This is the cheapest and least straightforward way of travelling to Merzouga and Erg Chebbi. The manager of the Rissani youth hostel may be able to help with both arranging the busride from Rissani, and possible camel treks in the Erg Chebbi. Rissani is also a very nice town, well worth a visit in its own. The most usual way of travelling to Merzouga and Erg Chebbi is to hire a jeep and a guide. These jeeps may be found both in Rissani and Erfoud, a town lying about halfway between Er-Rachidia and Rissani. This way will be more expensive than the busride from Rissani. The guides with the jeeps will probably be able to help with arranging camel treks and guesthouse as well. Haggling may be usual to agree on a reasonable price. Also, the road going to Merzouga is not straightforward and there are few or no signs, so be sure to know where to drive if you try to head off by yourselves.

Prices: The prices for the guesthouses and food are reasonable, considering the location. They tend to be a bit higher than what you may find on the bottom end in the rest of Morocco, but you have to take into account the fact that many things will have to be brought in here from somewhere else to feed the tourists that are staying in and around Merzouga. There are many guesthouses to choose from in and and around the village as well, so there will probably be no problem finding a place to sleep. I cannot give any good price estimate for the guided tours with jeeps, since I didn’t organize such a trip myself, but the best guess I can give is that the price will be aroud what you would have to pay for a similar trip other places in Morocco. 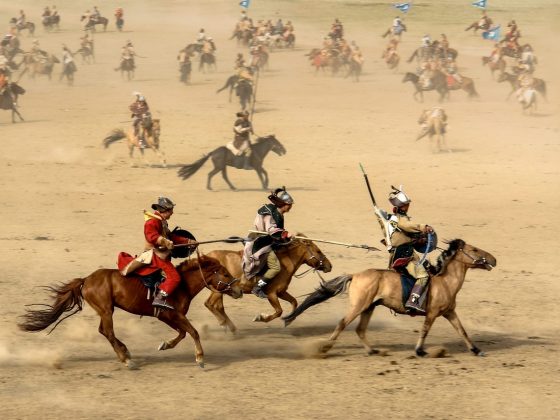 Volunteering in the Land of the Blue Sky 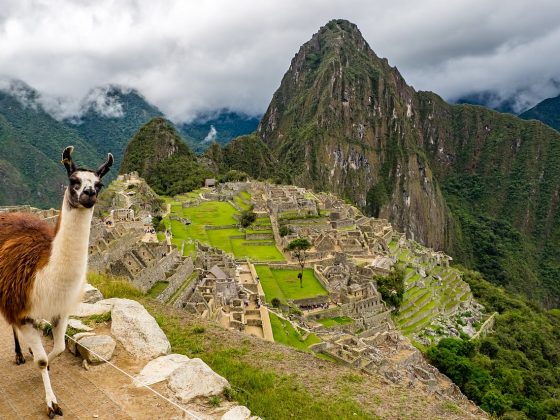 The Way to Machu Picchu