We arrived in Porto in the rain and wound up walking around town in the downpour looking for an affordable pensao. After two hours, we settled on one in a cute little square that turned out to be listed in our guidebook all along.

The Pensao Sao Marino was a nice place, very simple, but we had a room with windows that opened out directly onto the square below, over a deliciously fragrant bakery. It was our very own Room with a View. All the buildings in the square were either completely faced with azulejos (painted Portuguese tiles), or were painted a different hue making the view quite colorful. The window allowed us to look down onto the park in the middle of the square and watch the comings and goings of the various residents, tourists, and transients.

It was here that we discovered the way some of the local homeless had come up with to “earn” money; they “assisted” people parking their cars.

Like most cities, parking in Porto is at a premium, especially those spaces on the street. In our square, people would often drive around in circles looking for a space, waiting for one to open. Every fifty feet or so there would be a person, “directing” people into spaces as they open up. Sometimes the spaces are small and people need help getting their cars in and out, but most of the time, it’s not necessary to be guided into a space. No matter though, you can count on “help” and then a hand held out for money.

The first time we parked, and were approached for money, we declined, not wanting to be bullied into giving someone money for an unasked for, and unneeded service. Once in our room, we stood at the window and watched these guys in action.

The two closest to our area were quickly nicknamed “Black Jacket Guy” and “Green Sweater Boy”. Every single person who parked gave them money. We were appalled, until we noticed that these same people rarely paid for parking as they were supposed to (instead of meters, one goes to an automated ticket kiosk, puts in coins for the amount of time desired, and then places a receipt in car window), they just went about their business, often not staying for more than a few minutes. Was this some sort of protection from the parking patrol? The following day, after returning mid afternoon with the car, we too drove around in circles for almost 15 minutes waiting for a space to open up. Then finally, when one opened right in front of the bakery, there was “Green Sweater Boy” standing in the space, refusing to move! He was “holding” it for someone else who was double-parked. It was all I could do to prevent my husband David, who was furious, from mowing him down with the car!

Narrowly missing the man, and possibly an international incident, we pulled out of the space and relinquished it to the other car.

The owner of our pensao, who had been standing in the doorway, witnessed this entire encounter. He walked over to his own car across the square, waited there until we came around the circle again, and moved his car so we could have the space. He double-parked his own car in front of his entrance. By the time we reached the door, “Green Sweater Boy” was there bitterly complaining to the pensao owner. David told the owner he didn’t believe anyone had the right to hold the space and the owner concurred. We went upstairs and 20 minutes later, the man was still beneath our window whining, joined now by his buddy, “Black Jacket Guy”. The pensao owner looked weary of the entire ordeal. The crowning event came shortly thereafter when the owner’s wife exited the building. “Black Jacket Guy” and “Green Sweater Boy” unleashed a new barrage of complaints aimed at her. It seemed to be a classic play of Mom vs. Dad, except that is didn’t work. She listened only a moment, and then smacked “Black Jacket Guy” upside the head.

Not waiting for a response, as it was clear that her word was law, she went on her way across the square, purse tucked under her arm like a football. Needless to say, we were never offered parking services in the square again. 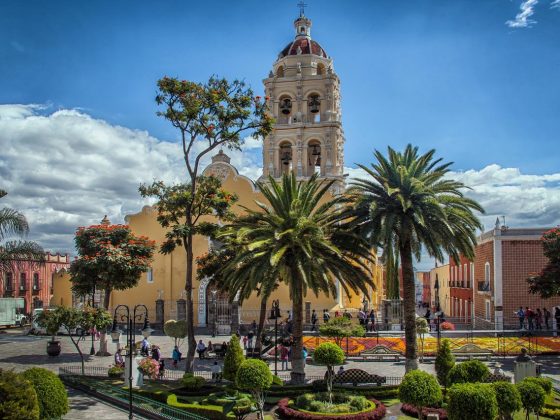 Journey to the Edge