We couldn’t see a sausage. About 10 miles into the 50-mile ‘504’ road that led from the I5 freeway all the way up to Mount St. Helen’s edge, it became plaintively clear that all we were going to experience today was the inside of a white cloud. For the second time on this trip, Mother Nature was going lay our plans to waste. I didn’t mind the Hurricane so much in Miami, that was at least something to write home about, but being thwarted by a drizzly, foggy whiteout was just a bit insulting. Another volcanic explosion and we would have saved face; or maybe a tornado or an El Nino-generated rainstorm would have sufficed. Nope, we weren’t going to see one foot of Mount St. Helens because of a bloody cloud. We had stopped at the Mount St. Helens Visitor Centre, 5 miles back, but it was closed. A few other hapless tourists drove aimlessly around the car park, and just like us, probably felt like prized goons because they hadn’t checked the opening times in advance. It was quite wooded around the shores of the visitor centre at Silver Lake, so we couldn’t see what was in store for us further ahead. But now, around the 20-mile marker, driving along the ‘504’ road which paralleled the Toutle River below, it all became crystal clear, or not, as it turned out. As the drizzle drizzled down, as drizzle does so well, I flicked the windscreen wipers of the Ford Taurus up another notch. There were so many wiper speeds on this car, about 15 I’m sure, that I couldn’t help thinking that if you ever encountered a number 15 rainstorm, driving would probably not be a good idea. At number 15, I think it would time to get the scuba gear on. Optimistically we drove on, through the big white blancmange, in the vain hope of a meteorological miracle. After nearly 40 miles we stopped at the second newly built visitor centre – Coldwater Ridge. At the entrance we bought our ticket off one of the park wardens. I made a glib, sarcastic comment about the weather, to which he had no reply, but by the look on his face, he obviously felt guilty that the mountain had let everyone down today. Still, in the hazy mist we could make out snapped and uprooted trees and a kind of barren desolation below. Avalanche damming from the explosion formed Coldwater Lake, which we could just make out below us. Squinting my eyes into the distance, I was sure I caught fleeting glimpses of the mighty mountain, like the ghostly Brocken specter, it was probably a mirage of my desire. We left with a few souvenirs and continued on up the ‘504’. Ten miles later, and with the visibility down to 50 metres or so, we arrived at the Johnston Ridge observatory, apparently only 5.5 miles from the crater, but it could easily have been 50 miles. Still we made the most of it, looking at the interesting exhibitions, especially the stories of those that escaped and sadly, like the geologist David Johnston, those who died. There was a 15-minute movie show in a large purpose-built theatre, which satisfied our senses and filled the gaps in our knowledge of the history of this mountain. It started by playing Johnston’s chilling last radio message – “Vancouver, Vancouver, this is it!” – while showing an impressive morphed montage of Rosenquist’s still photographs, which truly brought the power of the event to life. The piece de resistance and surprise ending to this show was the projection screen automatically retracting into the roof to reveal enormous glass windows behind, as the daylight streamed into the theatre. A bunch of school kids started laughing. I’m sure it’s usually spectacular, watching this mini-movie, all the while unsuspecting that at the end, the ‘curtain’ will rise and hey presto, there’s the real Mount St. Helen’s in all her majesty through the windows. All we could see was a big white nothingness. We drove back down the mountain and checked into the Mount St. Helen’s Motel on the edge of the I5 freeway. The garish red and yellow sign that attracted us to this establishment was subtitled with the rather catchy phrase – “HOPE YOU HAD A BLAST”. We were wet, disappointed and wet and disappointed. The motel was nestled in amongst a tacky and gaudy collection of fast food outlets, cheap accommodation and quick-buck amusement centres. My favourite exclaimed – ” GIANT SCREEN…Experience the Eruption, Mount St. Helen’s erupts here every 45 minutes!” Pretty exhausted, we vegged out, watched TV and had an early night.

I awoke at about 8am. I pulled the blinds apart to sneak a peak at the weather outside. It was as foggy as hell. As far as I was concerned, that was it. We were just going to have to settle with what little we saw yesterday. I was pretty disappointed to say the least, but I figured somewhat optimistically that we could always come back. Nodding our head to the American culture that we were in the thick of, we jumped into the car and promptly drove 100 metres to the Burger King establishment across the road. There we devoured the dubiously named Franco-American “croissandwich”, which was a rubbery concoction of sausage and cheese – it tasted beautiful by the way – for breakfast. We took our time, drove back to the motel and rang ahead to sort out accommodation in Vancouver and San Francisco, which were soon approaching on our crammed itinerary. I thought I’d make one last phone call before we packed our bags and headed north to Seattle. If I wasn’t an eternal optimist, I wouldn’t have even bothered, but something told me to give it a shot. I looked up the number for Coldwater Ridge Visitor Centre and gave them a ring.

“Oh, hi. I was just wondering what the weather was like up there on the mountain?” I asked, not expecting a positive reply.

“Well, the sun’s out and we’ve got pretty good views of Mount St. Helens, the whole mountain is visible in fact” was the surprise return.

“Is it raining at all?” I queried

“Nope, it’s very dry and clear. Quite a surprise after all the rain of the last few days” said the park warden.

I looked out of the motel window, just wondering for a minute whether we were talking about the same day, i.e. today.

“You mean it’s clear up there?”

I couldn’t believe my ears.

We drive the last 10 miles to Johnston Ridge. The road winds its way down past the dam at Coldwater Lake and through the beautiful, but eerily naked landscape. We lose sight of the mountain and find ourselves in a small valley, which is a melee of burnt tree stumps, singed logs and consolidated lahars. The road begins to climb again for a couple of miles and out of the blue, a large car park marks the end of the tarmac. Walking through a man-made niche in the ridge from the car park, the Johnston Ridge Observatory comes into view on the right. It’s a low, unobtrusive, grey, concrete structure with large glass windows for viewing, just in case the weather becomes inclement. To the left, a path winds its way up the ridge to a viewpoint and directly in front of us is a truly awe-inspiring sight. We walk to the edge of the viewing platform and take it all in for a couple of minutes. A few tourists mingle past and all you can hear is the whirring of camera motor drives and the occasional whisper. Looking at Mount St. Helens from this proximity is a humbling experience. The landscape is raw. A multitude of steep-sided gullies fan down from the base of the mountain like freshly exposed gash-wounds. Streams bleed through the bottom of these gullies, fed by the melted snow covering the top of the volcano. The sides of the ridge we are standing on have been stripped naked and gouged to expose the igneous strata of eons ago. There are no trees, no bushes. The only vegetation that breaks up the browns and greys of the volcanic destruction are small dull-green patches of what looks like hard grasses from this distance. However, amongst the devastation there is also renewal. Over 90% of plant species that originally occurred in this area have returned. The elk and deer numbers were back to normal after only five years. The trees will take a little longer. There is stark contrast here, within the park boundaries to outside the monument. Private companies and the Forest Service have undergone an aggressive program of reforestation, creating a false image for the unwary of how fast the landscape really rejuvenates. Here though, within the boundaries of the National Monument, it is barren and bare, the object of this being to study nature’s own pace of renewal and indirectly creating an enormous biological laboratory. Zooming into the heart of Mount St. Helens with my video camera, I can see that it also is undergoing a period of renewal and change. A 1000ft-lava dome bulges up from the middle of the exposed crater. Steam appears to be rising from parts of its flanks as the snow on the white dome is heated past boiling point. Like Anak Krakatoa before it, Mount St Helens appears to be giving birth to a new mountain. For 40,000 years this cycle of destruction and renewal has been occurring and undoubtedly it will happen again. We walk to the top of the ridge and take one final look around. I take a look at the mountain 5 miles away, turn 180 degrees and look at a ridge in the distance, at least another 5 miles away. There is nothing but blown down trees, strewn all over the hills like matchsticks. It is really difficult to imagine the force behind all this destruction. In front of me, indeed, all around me are the remains of what were once mature pine trees. Snapped like twigs, the dead, grey stumps will stand as a permanent testament to the power of that blast. There is a sadness in leaving this place. I would like to think that one day I will return to visit this mountain again. If only to remind myself that life is a fleeting gift, but my words are insufficient to convey this thought. I shall leave this to Nancy Ashutz who used to own an old A-frame house near Harry Truman’s lodge and spent summer holidays there with her husband and children. She wrote the following in trying to sum up her feelings when she looks at Mount St. Helens today:

“I feel only joy. Joy in the fact that I had the opportunity to enjoy these wonderful and beautiful experiences. These are memories I will treasure forever. Joy is knowing you are alive to spend your children’s lives with them. The newfound knowledge that material things are immaterial; one of the greatest lessons one can ever learn!”

Adrian Walsh, The Anglo-Australian author is currently writing a book about a six-month trip he took around the world. He lives and works in Sydney. 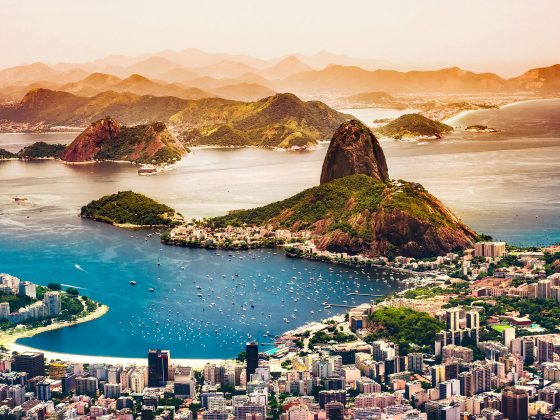 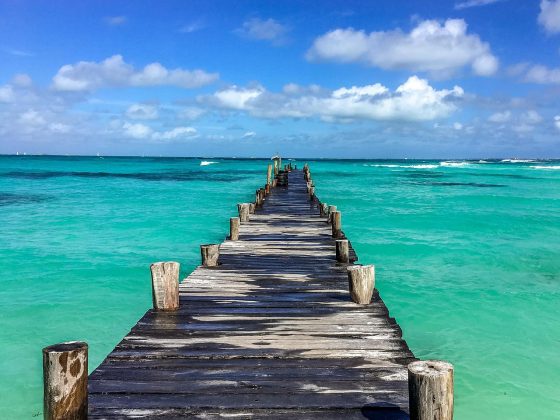