Moody’s and Standard & Poor are agencies that assess the creditworthiness of countries. More precisely, they assess the risk attendant to lending money to a given country. These agencies try to base their pronouncements on sound research, although it is understood that economics is not a hard science and therefore mistakes are bound to happen. Lately, the very concept of such risk assessment came under scrutiny, as reported in The Economist. It so happens that some Western governments are in the habit of issuing travel advisories. A travel advisory is essentially a statement of risk assessment. The government of a given country informs its citizens of the risks of traveling to a certain country. Credit ratings are expressed as “a” “b” and “c” with fine gradations in between; travel advisories have similar risk categories, although they are expressed with some degree of circumlocution. There are countries considered “no go areas” and there are others that ought to be visited for essential business only; travel to others, again, although not in the high risk category, still calls for certain precautions.

In comparison with Moody’s, there are two essential differences with regard to these travel advisories. For one, the credit agencies try to anticipate. In travel advisories, countries are downgraded after something dramatic has happened there: such was the case in Kenya, Tanzania, Bali and Yemen: classic examples of locking the door after the horse has bolted. The other difference is that travel advisories, inasmuch as they are anticipatory, are often based on rumor, on rumors concerning pending acts of terrorism for instance (or rumors with regard to drinking bottled water in East Africa). What is common to the travel advisories is that they always target Third World countries, or, in any case, non-Opec countries. Her British Majesty’s government did not, for instance, issue a travel advisory warning Britons not to travel to America, the state of New York or Manhattan after September 11 or when the anthrax letters were dropping into mail boxes.

Similarly, although there are plenty of reports and speculations with regard to pending acts of terrorism there, there are no warnings suggesting that travel to London, Paris or Berlin may be dangerous. There are further notable asymmetries. People were warned off traveling to Yemen after the murder of the Americans missionaries, not after the murder by the Americans of the Arabs suspected to be terrorists, an act perpetuated by remote control. Presumably, when governments issue travel advisories they do so in the interest of their citizens – and probably also as a defensive measure. It is unlikely that the effects of a travel advisory on the target country, its economy and its people are ever considered. One can empty the hotels of a country and keep them empty with the stroke of the pen. One can hurt people and eventually, though the ripple effect, kill them, administratively. If there are no tourists in Zanzibar, more Zanzibari children will die than would have otherwise, certainly more than the number of tourists who would have been likely to be hurt by a bomb in a hotel. But the most disturbing consequence of telling people not to travel here and there for fear of terrorism, sorry, the assumed high risk of terrorism, is the encouragement so given to terrorists. It is official certification that their methods have had the desired effect and that one can save the ammunition. All that is necessary is to spread rumors and inflict damage thus – damage on a country, on a continent, on world travel, on the world economy… Why do the East African governments not issue a travel advisory warning their citizens to travel to the United States only if there is a compelling reason and give them specific admonishments that they should avoid big cities, big airports, never travel in large tunnels or drive across famous bridges and that under no circumstances should they ever enter Manhattan? This travel advisory should also list risks not necessarily associated with terrorism: it should warn us from visiting South Chicago, of walking in the night in any downtown area and should contain the specific advice that if wishes to visit the rural south one should make sure that one cannot be mistaken for a Muslim.

To issue such a travel warning is timely because with the build-up towards Bush’s war on Iraq, the likelihood of retaliatory terrorist actions in the US are increasing day by day. The Third World has a long list of grievances. The list is growing. Travel advisories choking off little countries are an addition to the list. The fact that Indonesia, Zanzibar and Yemen are Muslim countries will be not lost on budding terrorists. What I am really worried about is the inability of the West, of America in particular, to understand the apprehensions of the Third World. The peoples of the Third World have become exceedingly sensitive to the asymmetric thinking of the West and the consequences of that asymmetric thinking. Westerners should contemplate the words of Mahatma Gandhi. When asked “What do you think of Western civilization?” Gandhi replied: “I think it would be a good idea!” ( Imre Loefler) 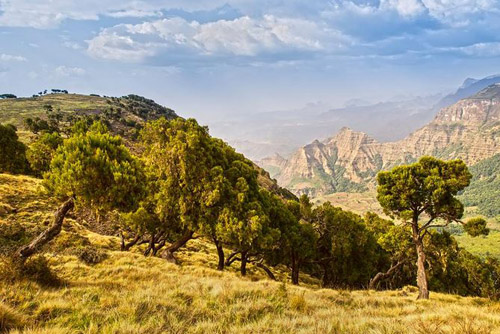 Malaria – Dishing the Dirt on a small buzzing foe