“It’s been a long time coming” said Tom Kimball.  He was referring to the beginning of our long anticipated adventure in Belize.  Tom and I had conceived our trip 8 months ago. And here we were, after our flight from Houston, in Belize City.  We planned to camp…pitch a tent in the sand and listen to the surf of the Caribbean for two weeks.

Presently we were in a 3rd class, schoolbus style bus, a “chicken bus” headed down what is called the “Hummingbird Highway” toward the southern Belize coastal town, Dangriga.  We heard the lilt of the Caribbean in the language and the music everywhere.  The roadway took us through beautiful verdant, jungle covered, hilly terrain.  Along the highway were thousands upon thousands of orange trees, and two large orange processing plants.  The road was well paved, and lines painted down the middle, something often unseen in this part of the world.

We reached Dangriga about 4:00 P.M.  If  you didn’t know where you were, you might think it were someplace in West Africa.  Here were narrow, dusty roads, wooden buildings painted in various colors, metal roofs, old cars and taxis honking their way through traffic amid the people,…men, women, children…and the usual motly mix of underfed dogs and other animals.

Another bus connection…this time to our final destination, Placencia.  We left with only an hour of daylight remaining, starting out into the forest and the sunset along the dirt road which led south.  The road was narrow, and rough.  It plunged into the jungle as we passed standing water and paralleled various small streams.  The small, thatched roof homesteads were barely hacked out of the dense growth. As it got dark, we approached the village of “Sittee River”, which is just inland from where the Sittee river empties into the sea.  Thoughts of Joseph Conrad and “Heart of Darkness” immediately came into mind.  I took a deep, almost apprehensive breath.  Tom and I arrived at Placencia about 8:00 P.M. after having traveled all day and it seems, into a strange, new world.

The entire length of Placencia can be traversed in 10 minutes along a narrow concrete sidewalk which runs between randomly placed buildings.  We followed this narrow, dimly lit, ribbon of concrete to a wide sandy space dotted with palm trees and hosting a number of tents.  We could hear the surf.  It wasn’t long before sleep overtook us.

In the morning we washed and shaved at “Joann’s” marginal bath facilities; an outdoor shower, a rudimentary sink and an elevated toilet which were part of our campground on the beach. Then we strolled down the sidewalk to get a feel for the place.  We found the “Purple Space Monkey”, the local hangout and internet café. The “Monkey” is an elevated, round palapa with open sides and railing around.  There is a small bar facing the entry stairs, assorted tables, and 3 TV’s showing English language CNN.  Owned by 2 Canadians, the place is definitely a local hang out for gringos, and for us, the place where we ate scrambled eggs and bacon before striking out to see our new-found village.  Women were out and about chatting with each other along the walkway.  Children clustered under the swaying palm trees. The local fishermen had turned tour guides for the “on” season. Activity centered around the dock area at the end of the peninsula.  Here, men came and went in boats, others arranged snorkeling and SCUBA gear, and tourists arrived to board boats for excursions or book trips for the day.

I focused my camera as the sun bathed Placencia in bright light.  The clothes hanging out to dry against the green of the foliage, the colorful painted wooden siding of the small, stilt-perched houses and the random assortment of signage, wires, odd-angled walkways and people of all sizes, shapes and colors made for abundant subject matter.

Dinner at “Merline’s”.  We reveled in the soft Belizean voice of our waitress as she told us “We have no shrimp tonight”.  We ate red snapper instead.  It was humid as we left but warm and clear.  We headed up the narrow concrete path through town toward camp.  But we were not to get there straight away because of a certain throbbing sound emitting from a restaurant/pool hall/disco named “Sunrise” on our left.  It was drumming, rhythmic, insistent.  There were two women and a man dancing and singing in the Garifuna language.  We were joined by others in short order, and the joint throbbed for a full 30 minutes with the same song and drummers.

The walk back to our campsite on the beach was filled with new visions of paradise.

The next afternoon, a fisherman and his wife instructed me in fish species.  It was their catch of the day.  “Yellow snapper”, “red snapper”, and “jack” he said, pointing to each.  They were standing at water’s edge on the lee side of the peninsula, the two of them, buckets at their feet and a small work surface fashioned from a simple wood plank and two small barrels; he cleaning, she scaling their catch.

The pace of the day slowed as the sun bore down.  The lure of the beach and a hammock strung between 2 palm trees was my siren song.  I succumbed.

On another occasion, Tom and I rented bicycles and cycled to the Garifuna village of Seine Beit about 6 miles north of Placencia.  The ride, along the dirt road paralleling the beach, was hot beneath the afternoon tropical sun. We had been told by a Garifuna man in Placencia that there would be a “9th day” celebration that evening in Seine Beit…this is the culmination of a 9 day mourning period for a deceased person, marked by community feasting, dancing, drumming, and singing. We arrived to find groups gathered around large black cooking pots over open fires as they prepared for the evening feast.  Laughter and conversation filled the air.  Children played in the dirt.  Dogs milled around the cooking pots and tables where women cut pieces of fish, carrots, and potatoes.  The Garifuna descended from indigenous people on the island of St. Vincent, and inter-married with black slaves when they appeared on the scene from Africa.  Though unintelligible to us, the Garifunas, speaking their own language, communicated their own unique vitality.

Placencia never failed to amaze us with the diversity of people who were there.  The “Pickled Parrot” was the scene of a pizza dinner alongside a couple from South Africa.  Retired, and with children in the U.S., Australia and the Caribbean, they built a steel hulled ketch and had been sailing for the past 4 years. Moored in Placencia, they would leave on Sunday to continue down the Caribbean coast of Central America, through the Panama Canal, on down the West coast of South America to the Galapagos, and then across the Pacific ocean to Bora Bora!

We discovered the “Lagoon Saloon” after dinner, as well as another kind of bar-hangout, the “Dockside”, set on piers in the lagoon.  The Caribbean beat and sound prevailed at every bend in the road.  It was pleasantly intrusive.  Above all, everything seemed so natural….no put-ons, no particular concession to tourists or outsiders.  We had come to Belize to experience something different.  It was clear that we had seen life here without airs.  No tricks.  No hustle.

Theodor Grossman began his travels in Latin America in 1964 while a Peace Corps Volunteer in Colombia.  He has traveled to Mexico and points south almost every year since.  Grossman is a retired architect living in Taos, New Mexico. 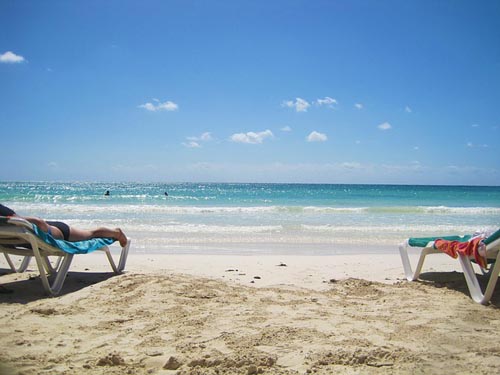 Castaway on the Maldives 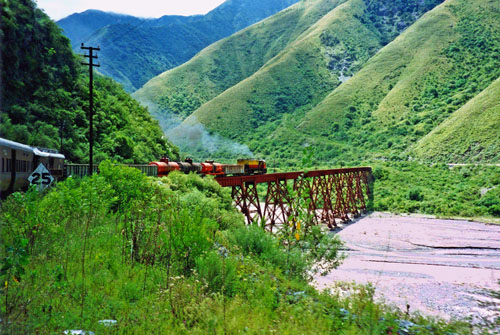