When I was a lad, I couldn’t believe London. It was so big. Huge! Euston railway station had fifteen platforms. I was five, liked trains and therefore measured places by how many platforms their railway station had. And Euston had FIFTEEN! Why, the nearest that I’d ever come to a station that size was Crewe and Crewe only had twelve. Then my grandmother took me to Victoria and that had nineteen. Wow! That was thirty-four platforms in one city! Incredible! “But don’t forget,” my grandad said, “there’s Liverpool Street, Paddington, Charing Cross, Waterloo, Fenchurch Street, Kings Cross and St. Pancras as well. And that’s not even counting Clapham Junction which is the busiest railway station in the country.” My infant mind simply could not comprehend all those platforms and the trains that used them. Yes, London was big. Unbelievably so.

And it was famous. We had a biscuit tin that when the biscuits had all been eaten, my mother used to keep her homemade fruitcake in. It had a big picture of Trafalgar Square on the front, complete with red double-decker buses and black taxis. It was on the telly as well. Both the Queen and Margaret Thatcher, (I cringe when I remember that at the time I confused as to who was who), lived there and most films seemed to be shot there too. I gazed at the pages of my Ladybird book on London marvelling at the watercolour renderings of St. Paul’s, the Guildhall and Festival Hall.

My aunty lived in London. She cooked food in a hospital and lived in a big building called a ‘Nurse’s Home’ even though she wasn’t a nurse. We went there and rode into the centre on the Tube. “Can we take a taxi?” I asked one time.
“No,” said dad, “they’re too expensive.”
And they were. On a later trip we did hail one and our short journey to the railway station cost five pounds. Five pounds! An unbelievable amount of money when a can of Coke was only 20p, (Panda Pops where 15p though).

As I grew up however, I began to learn that biggest does not always mean best. “Bloody Londoners,” my grandad would moan. “They always forget about the rest of the country!” And they did! The politicians sat in Westminster and forgot about their constituencies and the BBC, broadcasting from Shepherd’s Bush fed us a series of London-centric reports.

Or at least, that’s what the wise, learned and older folks around me said.

It came to a head when they were deciding where to build the new national stadium. ‘It should be in Birmingham next to the NEC!’ the nation shouted.
‘Rebuild Wembley!’ roared the Londoners.
Wembley is being rebuilt.

I didn’t visit the capital for some years. When I finally did again, I noticed two new sinister factors: Unfriendliness and Foreigners. ‘They’re so arrogant and rude down there,’ said on friend. ‘Think they’re better than everyone else,’ said a second. ‘Cockney bastardsalways screwing the North!’ exclaimed a third. ‘Much better up North though.’ All agreed, and after several visits as an adult to the capital, so did I.

And not only are they rude, but they’re foreign too. And I’m not talking foreign like the Pakistanis near here. No, they’re British you see, they were born and bred here. No, I mean the genuine article! I took the train down for the day and found myself continually being served by Australians and Portugese students. It was unnerving. I felt like the foreigner. I was an outsider in my own capital.

I grew to hate her with a passion. Sure, the buildings were nice, but they were just for the tourists. She was overpriced, overrated, full of arrogant and ignorant locals and made me, the Englishman, feel out of place. I didn’t belong there, and in no other British city, even Glasgow or Edinburgh did I feel like that. I moaned about it to my Dutch friend who was full of sympathy. “Amsterdam is the same, it’s not Dutch. Full of German and French junkies. I never go there, Rotterdam is better.”

My Bulgarian friend however, recently moved there to find work, told a different story. “It’s great here,” she enthused. “So exciting and cosmopolitan.”
“You don’t know the full story,” replied I. “It’s better up North.”

It was with that unhappy impasse that I left Britannia’s noble shores and moved to Japan. For two years I lived there, enjoying being submersed in a different culture and being a tourist in my country of residence.

“I loved the British Museum,” said my Japanese language teacher. “It’s fantastic, so many treasures from around the world.”
“I’ve never been,” I replied. Yes indeed! I’d visited the national museums of Japan, Bulgaria, Israel, the Netherlands, New Zealand and Malta, but never the one of my own country.

I left Japan and moved to Bulgaria. En route we visited Moscow. “That place was great,” I enthused to a Russian comrade. “So cultured and cosmopolitan.”
“You don’t know the full story,” she said. “Muscovites and arrogant and rude. It’s better in the provinces.”

And then last Christmas I went home for the holidays of my country for two and a half years. In my hometown I felt like a tourist. It was weird and disquietening. I needed to escape. I took the train down to London and stayed with the Bulgarian. I met only other Bulgarians and in the day I visited the British Museum.

And for the first time since I was six, I loved London and revelled in her pleasures. Perhaps at last I’d discovered her secret. London is no English city. Come as an Englishman and you’ll hate her. No, she is something else, a world city perhaps, cosmopolitan certainly.

Last Christmas I visited as a tourist.

And I highly recommend it. 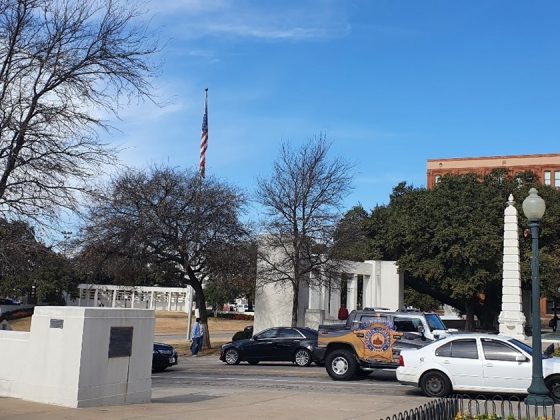 Two Singles and a Loan to San Cristobal