I find them lined up for services—their fists held up to sunburnt faces like ancient, angry infants, sucking thumbs. The morning rush of constituents has arrived at the large Casa on Reforma, with crumpled tissues en tow. Mexico City is the most polluted city in the world, yet a trio of young girls stand, all damp eyes with a hostile barrage of giggles, practicing the preferred form of ingesting inhalants as a counselor makes her way to the gate. Through some keyhole of understanding, they start their day.

I sit downwind while Valeria (one member of the Casa Alianza team of street educators) goes through the intake procedure and find that the chemical scent is like a child’s art project, reminding me of making birdcages at camp. Something is broken here, but I’m quite sure that glue is not going to be what fixes it. Huffing chemicals—tolureno remains the most popular and affordable form of drug abuse among the city’s youngest street residents. After a major glue company eliminated the ingredient that provided the high, kids moved on to other inhalants like Liquid Plummer and Drano, or paint thinner (activo), the obvious drug of choice.

“It’s nearly impossible to find a child who’s been on the street six months, a year, who hasn’t picked up a drug habit,” explains David, a devoted counselor who’s spent years on the streets with the kids. I recognize him from photos taken in makeshift living quarters under bridges and in former sewage tanks. “How else…” he wonders and sits down to formulate the day’s itinerary before heading off to the Central Market as part of the Casa’s outreach program.

Meanwhile, the kids check their soggy toilettes with the guard during their visit. Though they pick them up again on the way out, the staff counts this as a tiny success. “Maybe five hours without drugs. Next time, maybe seven hours…” Mari Rouss Vilegas Balmori, the Casa’s Director of Development explains. Increments of hope, like prayer beads; something to hold onto, a string of moments. Is that how you measure success?

Who are these children? “Maybe 2% can be considered ‘lost children.’” They go out to buy bread or skip school, wander aimlessly around the largest city in the world and fall in with other street kids when trying to find a place to sleep. The other 98% have been subjected to violence, extreme poverty, and sexual abuse at home and consciously decide to escape the situation. For a child to leave home, “it’s because they have years and years of abuses. As soon as a child is strong enough to leave home, he will—at maybe 8 or 9 years old.”

Where are the younger children, infant/toddlers? “At home, being abused.”

Once children arrive on the streets, they fall into one of two categories: those who quickly flee rather than face the violence and those who settle into the lifestyle, finding allies and picking up a facility for locating drugs and a means of bringing in money (a panhandling routine, by pick-pocketing, or through casual prostitution). Are they a family?  Denying the romantic legacy of Dickens, Mari Rouss explains that the children create a family on the street, but “once you take the drugs away the dynamic changes.”

The Casa has its appeal to each of these groups. Very often, the newly-arrived will meet up with outreach workers within days of leaving home. Counselors are well-equipped to provide healthy alternatives. Sometimes this means the rapid introduction into a reintegration program—really whole family assistance, wherein borderline/at risk children are brought back to their families, and the situation that pushed them towards a life on the streets is corrected through various coordinated programs, such as Alcoholics Anonymous, trade apprenticeships and Alianza on-site counseling. Amazing efforts are made on behalf of any child that asks for help.

I was surprised to learn that children are generally allowed only three visits to the Casa facility, located on Reforma Avenue just outside the Hidalgo metro station. They are provided with whatever they ask for, including showers, food, clean clothes, and of course, the opportunity to enter a residential program. Only three visits prior to full-time intake means that ideally it’s “three strikes and you’re in!”

According to the Alianza philosophy, it is a mistake to provide children with either food or clothing on the street. “Don’t facilitate their lifestyle [on the street].” Instead, they seek to create a consciousness that there’s an out, another way. Counselors work to gain the children’s trust through simple first aid and counseling games that cover the basics of HIV prevention, the dangers of drug addition and educate the kids as to the risks they take in continuing a life on the street.

“The thing is to bring them into the program. Want food? A shower? Haircut? Medicine? New clothes? Come to the Casa.”

After street counseling, there is the crisis center for intake, the transition home where children are relieved of addictions and commit themselves to a new lifestyle, then the group home setting as a new beginning, a chance to start again.

Another of the Casa’s main programs is Legal Aid, which provides children with individual identities through the procurement of official birth certificates—until then they are invisible to the State. The Casa’s littlest clients are supported in filing official complaints against the abusive parents that were all too often the ones to initially lead them to the streets. Cases of sexual abuse have been successfully prosecuted by a volunteer group of lawyers working with Alianza. Why the emphasis of resources on the legal system? “Then, you change a life.”

Life-skills training is another integral part of the transition from street life to a more stable existence. It was discovered that the astronomical suicide rate the Russian Federation has suffered among its’ orphaned population is directly related to the inability of children released from state institutions to get along in society. Casa Alianza has taken care to build a bridge across this crucial phase of transition, and sees the extended family as an integral part of the support network needed for each child (as distinct from U.S. programs).

The staff serves as an extended foster family for many of the children still living on the street, each armed with his/her own unique personality that connects with the many absences in these children’s lives. Paco, whom I called “boots” is the vato of the group, armed with a masculinity and hard wit that precludes any sense of pity. The children readily respond to Paco’s attitude because he deals with them on there own terms and provides a positive role model of manhood for young boys to live up to and for girls to measure other men against. Macarena, whose specialty is flirting and charming the children into submission, earned the name “pink” in honor of her obvious color of choice. Her relentless teasing and batting eyelashes, her sing-song girlie voice and painted nails has won her a fan set of particularly vulnerable children who show up at the house in search of her playful good humor. She is able to reach the nearly unreachable in this manner. Valeria, however, is the antidote to Macarena’s girlish charms. Fierce and unapologetic, she bullies the kids in and out of showers and makes sure everyone gets fed. David is the quiet voice of experience, plodding through the paperwork and loading up today’s backpacks.

These counselors have witnessed the development of different generations of runaways. The percentage of boys to girls in the last five years has changed dramatically, meaning now there are babies being born to young mothers living on the street—the second generation. There is also the generation of street children that has come of age during the last fourteen years that Casa Alianza has been engaged in outreach. They remain homeless. Many live under the market trucks and still come out to taunt and kibbutz with today’s street educators as they have been doing since childhood.

Interestingly, the boy intensive nature of the organization’s structure reflects the nature of the street population at the time the Alianza program was initiated—again, nearly 15 years ago. Things have changed. The ratio is now 50-50, and “girls’ issues” need to be addressed. Why the upsurge in the percentage of girls? “Girls got tougher,” offers Mari Rouss with a shrug. Girls’ issues—most prominently, pregnancy—have emerged. Unfortunately, there is no transition home for girls, only a drug addiction center for boys right now. The goal of separate housing has nothing to do with the need to support feminine delicacy, but an interest in providing a safe place for young women to develop the necessary life skills and outlook to see them through a successful transition out of a world of sexual abuse and hard drugs.

Later that afternoon while hailing a taxi back to my hotel, I spot the girls skipping single file away from the Casa. Wet hair. Clean clothes. A single visible pregnancy between them. And damp tissues. Sadly, tougher girls on parade. 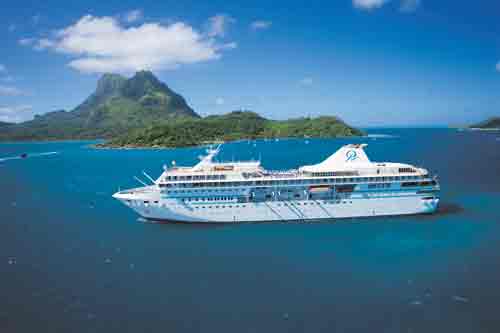 You Cannes if You Want To