I find myself in a rural Lao village surrounded by 15 women. They are all different ages; mothers, daughters, grandmothers, even babies. Their language is completely alien to me; I strain to understand but I only grasp a few numbers in their exotic tonal tongues. But I don’t need to understand what they’re saying to understand that they’re excited. The women hold up and pass round different cottons, fabrics and intricately embroidered silk. Their sing-song voices clamber over each other, reaching a deafening crescendo which descends into near hysterical laughter. Notable is the complete absence of any men.

This is my first trip to the Ban Hai village in central Laos, and I am witnessing something truly special – micro-credit in action.

Laos is a beautiful country; unlike neighboring Thailand, it remains relatively unspoilt by tourism and development. The people are warm and friendly, and genuinely pleased to welcome you into their country and into their homes.

Despite its diminutive size, Laos is bursting at the seams with incredible sights and experiences: there is literally something for everyone. From the laid back charm of the UNESCO World Heritage Site of Luang Prabang, to the wild parties and tubing in Vang Viang. For the nature lovers and adrenaline junkies, Laos’ forests and caves are stunning and well preserved, with a higher percentage of protected land than any other South East Asian country. For sun seekers the unique Four Thousand Islands that appear in the Mekong during the dry season offer a beach experience like no other. And for gastronomic travelers, Laos’s capital Vientiane punches above its weight in the international restaurant scene.

But look past the incredible scenery and hospitality, stumble slightly from the tourist trail, and another picture emerges: a picture of poverty.

Little known Laos is one of the poorest and least developed nations in South East Asia; while the world knows of the tragic, and at times horrific, histories of bordering countries like Cambodia and Vietnam, Laos remains forgotten. Almost a third of people in Laos survive on less than a dollar a day and a staggering 74% on less than $2. In the rural and remote areas, where three quarters of the Laos population lives, half of all children are severely malnourished and suffer with stunted growth.*

And like so many countries where poverty is prevalent, the women bear the brunt of the burden. Women do the lion’s share of all work, not just in the home, but in the fields, the markets, the shops and restaurants. Visit Laos and you can’t fail to be struck by how hard the women are working, whereas men seem almost invisible.

That women receive less education and have fewer opportunities is unsurprising. Women’s literacy is just 54% compared to 77% in men; girls in rural areas leave school after, on average, just two years. In a country war-torn for almost two decades many women find themselves the sole income earner for families struggling to keep a roof over their heads and food on their table.

In a forgotten land, these women are the forgotten people.

It’s a simple idea. But like so many simple ideas, it works. Provide women with small loans to start their own businesses, based on skills they already have, give them the right training and help connect them with potential buyers, and empower them to change their lives.

The women in Ban Hai are excellent weavers. The quality and beauty of the silk they weave is unrivalled, but they lack the means to buy enough materials to produce large quantities, or the connections and influence to negotiate fair prices.

The Social Economic Developers Association (SEDA) is an organization that has been working with these women, and similar women in villages all over Laos, to give them a fighting chance at long term financial stability.

The women are provided with small loans, from between $50 – $175, at a low rate of interest, that they invest in buying the materials and equipment needed for weaving en masse. Alongside the loans, the women are provided with financial management training, including how to write and execute a business plan, how to market their products and how to manage a household budget: educating and empowering the women to run their businesses profitably.

And SEDA’s involvement does not end there. With so many villages and women involved in the scheme, they are able to connect small producers to potential large scale buyers – using the collective power of the villagers to demand fair prices.

The energy surrounding the women in Ban Hai is electric. The excitement is not simply due to the prospect of making money, although that certainly helps, but from a sense of purpose, an outpouring of creativity and new found optimism for the future. As my translator hurriedly explains as she tries to keep up, the women are discussing different products and designs, international versus domestic markets, and sales and pricing strategies.

Souly QuachAngkham, the founder of SEDA, explained to me why micro-credit schemes are so much more effective than simply donating money:

“For these women, starting their own businesses isn’t simply about making money. For the first time they feel like they have the power to change their own lives. The skills they have, which have been taken for granted for so long, are finally being recognized and for they feel like their opinions and knowledge actually count. Micro-credit offers them the chance to make their own decisions about their futures.

“Will their businesses succeed? Sometimes they don’t, but for the most part, yes. These women have the passion and determination to succeed; SEDA simply provide them with the means to start and a helping hand to get off the ground.”

The afternoon wears on, and it is time to leave the village – the women, as always, have to get back to work. But this time it’s not the endless drudgery of housework and subsistence farming, it’s working towards empowerment – its work they want to do.

Find out more about micro-credit and The Social Economic Developers Association at http://seda-laos.org or email info@seda-laos.org

• Laos has the lowest UNDP human development index of all South East Asia.

• 50% of children suffer from malnourishment, and 40% exhibit stunted growth.

• Education remains poor; the Laos government allocation for education is among the lowest in the world.

• In rural areas, almost two fifths of people have no access to safe drinking water.

• Laos is the most bombed country in the world, and unexploded ordinance remains a huge threat. The Mines Advisory Group suggests that over 78 million unexploded sub-munitions remain in Laos. 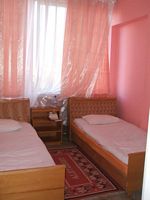 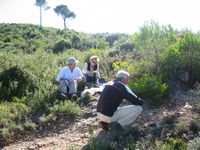 Tales from the Spanish Civil War