Few folk know where it is and even fewer have been to Rathlin, positioned in St George’s Channel where Scotland and Ireland are just sixteen miles apart. It’s had a turbulent and fascinating human history and its natural history is plentiful. But to get there you need to be in Co. Antrim first, then make your away to Ballycastle on the north coast, only a few miles east from the wondrous Giant’s Causeway. People have lived on the island for many millennia (first records go back to 6000BC) and there have been many ferry services connecting them with Ulster’s mainland in recent decades, but it is when you arrive at Ballycastle’s small harbour in this picturesque part of Northern Ireland that the surprise comes – to see the small landing-craft style vessel of the 21st century sporting those famous words Caledonian Macbrayne along its sides – Calmac’s only service outside Scotland. From the island the hills of Kintyre and Islay are just as clearly visible today as is Fair Head by Ballycastle; there aren’t many islands on which you can stand and take a photograph with Scotland in the left and Ireland in the right half of the frame.

It was windy when we arrived at Ballycastle to cross the channel to the isle. And this first visit, accompanied by the sun, presented us with a dramatic glistening of its white cliffs, for Rathlin is built on chalk – rather surprising when the country each side of the Channel has different rock and a different landscape. Since the chalky layers were set down, basalt has overlain it and this provided Stone and Bronze Age dwellers with the source of stone for their implements and axes. One significant mineral was Porcellanite – a very hard stone mined from Tievebulliagh, Co. Antrim and Brockley on Rathlin Island. Flint was still prized for making arrowheads, but it shattered easily; much preferred for axes was this porcellanite and it was so popular that axe ‘factories’ were set up at these sites and the products distributed over most of Ireland and even parts of Scotland and England. It has been said that Rathlin porcellanite axes were the designer weapons of the Stone Age.

If our journey-route [the six miles from Co. Antrim to Rathlin] is now fairly common, an even more common journey in past centuries would have been that between Scotland and Ireland, placing Rathlin in a very strategic situation only thirteen miles or so from the Mull of Kintyre. No wonder its history has been one of tumult with its ownership moving wildly between princes, and Vikings, kings and commoner.

The beach at Church Bay is sandy in one part and at the high tide mark lie hundreds of small chalk pebbles. And as in many outlying islands, there are several piers, jetties and breakwaters, tracing a history through past centuries as increasingly sophisticated ferries were used; at least three piers are visible today. From this harbour, at the inner elbow of the L-shaped island, there is a choice of walking routes – either three miles south towards the South light at Rue Point, west along the top of the isle four miles to the West Light Viewpoint – or over to the north cliffs corner near where sits the East light; no route will take you higher than about 460 feet. The lighthouses, now automatic, were clearly necessary since there have been over 50 recorded wrecks and the numerous caves around the island include that of Robert the Bruce, accessible only by sea, where he was said to have watched the famous spider (but there are probably several other caves elsewhere also claiming this distinction!).

Path guides are available from the Tourist Centre at the Boathouse and one particularly attractive walk took us through lovely lanes, past roadside banks thick with growth and flowers and colour. The top route ran along moorland paths, through heather and stone until we reached the wonderful vantage point at the Lookout, an old coastguard building on the north clifftop; here we had shelter from the wind, wonderful views of those two great Celtic countries – and for us the bonus of a Peregrine stooping under the cliffs. In the breeding season these cliffs are home to thousands of breeding seabirds – Guillemots, Razorbills, Puffins, Fulmars, Kittiwakes, which share the cliff crags with Buzzards, Ravens and Choughs; out to sea, Manx Shearwaters, Gannets and skuas can be seen. It’s not surprising therefore that the North Cliffs of Rathlin, hold the largest seabird colony and form the largest RSPB reserve in Northern Ireland.

In 580 the first church was established on Rathlin by St. Comgall, Abbot of Bangor in 580AD, just seventeen years after Columba landed on Iona, 70 miles north. Since that time the population grew steadily to reach its peak in the late 1700s but thereafter there was a steady decline especially over the years after the Great Famine. In fact the Scottish-Irish links have been there for ages, Ulster and Scotland having had the strongest connections demographically and spiritually since time immemorial. A turbulent history lies behind the peace and quiet of this lovely island. In the latter part of the fourth century Ireland was inhabited by the Scoti and from the fifth to the eighth century Rathlin was part of the ancient Kingdom of Dalriada which bridged north-east Ireland and south-west Scotland. But in the eighteenth and nineteenth centuries there were developments on Rathlin that mirrored those on the Irish mainland – economic, religious and political decisions resulting in emigration to Canada. During the Potato famine in the 1840s, nearly 500 people reportedly left the island in one day in search of an easier life across the Atlantic. It looked as though Rathlin was to become an island with apparently no future.

But it remained in the public eye, especially in the late 1890s when Guglielmo Marconi was contracted by Lloyd’s Insurers to install a wire-less link which would allow swift announcements of successful trans-Atlantic crossings by Lloyd’s ships. Marconi and his associates had pioneered the sending of wireless messages over water the previous year (Flat Holm island to S Wales across the Bristol Channel) and in July 1898 successfully transmitted the first commercial radio signals across water from Rathlin’s East Lighthouse to Ballycastle on the N. Irish mainland. A century on and modern technology was providing the isle’s electricity from wind power. In the late 1970s the threat of depopulation again became very real and so it was about that time that the Rathlin Community Association was formed, later to become the Rathlin Development and Community Association; its function is to improve the quality of life for those living on the island, including the creation of jobs on the island, for though there is a small primary school, children from the age of eleven have to board during the week at schools on the mainland, and many do not return after their education is over. One aim therefore is to create an environment in which young people can return to the island to work and tourism is one promising, developing industry.

Today around 90 people live permanently on the island – mainly crofters, fishermen and those involved in the tourist industry. Just as any island community has its home-grown entertainment, on Rathlin music and dancing have long been part of island tradition and ceilidhs are a regular feature of island life. In addition, there is a tradition from the early 1900s of performing amateur dramatics and in recent years plays have been presented during Festival Week in July.

Things are looking up for Rathlin – a forgotten island no more. And as we left on the ferry, having had afternoon tea at the Manor House (National Trust-owned, accommodation available too) we could see why. For it is still a relatively unknown – and bite-sized – island with much to explore and with significant natural and human history in abundance. And once you are in Ulster it is so very easy to get there for a day-trip or longer.

Go – while you can still have the island virtually to yourself. 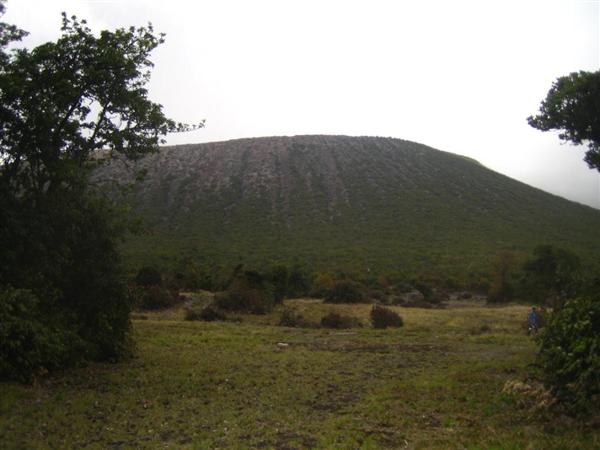