Before I embarked on an aggressive business agenda for 3 months in Asia, I decided to take a little R and R in Patong Beach, Phuket, Thailand. Poor research led me to believe it was a peaceful place, where I could chill out on the beach and enjoy the occasional cocktail and watch the sun go down. I was to be mistaken.

After a lengthy flight from Atlanta, via San Francisco, Hong Kong and Singapore, plus a 45 minute taxi ride, I arrived at my hotel in Patong Beach looking quite disheveled. The Holiday Inn provided me with a double upgrade to a very spacious, well decorated room, with my own patio and pool access. They either upgraded me because of my loyalty status as a platinum card member or they took sympathy on me because of the way I looked after nearly 2 days of sleeplessness. The pool was like a tributary off the main pool, and was quite secluded, away from noisy area. There were many Thai sculptures around me, so I really got the feeling I was in a foreign country, ready to enjoy the tranquility..

As I arrived at noon, I decided to sleep for at least 6 hours to help rid any jet lag as a result of the long journey.

My hotel was very close to the beach, a good strategic location. Unfortunately it was more commercialized than I wished for as I found myself in people jams on every block. It was early evening so I decided to take a walk along the beach road. It was at least 90 and very humid, so after walking about two hundred yards, I felt I as though I needed a shower. I stepped into a couple of bars and restaurants along the street, just to cool down from the air conditioning. It was like a pub crawl without having a drink. The street was full of souvenir shops selling tee shirts and other cheap junk. It wasn’t the most sophisticated place on the planet, although there was a party atmosphere with everyone there to have a good time.

I must have walked about a half mile, when I came to a main junction in the road, where throngs of people were either coming or going. It was Bangla Road, a very busy thoroughfare, where driving a car would have been impossible. People overflowed onto the street as the sidewalks could not accommodate everyone. It was all very congested. The road was only a couple of hundred yards long, but just as souvenir shops were numerous on the beach road; it was drinking establishments that were tightly packed in along Bangla Road. In fact there were many side streets, called Soi’s, each of which were jammed full of bars. Admittedly some of them were no more than 40 square feet in area, but it was the highest concentration of bars in one area I have ever seen. There were a couple of larger pubs and the odd night club or two, but this was obviously ground zero for the bar scene in Phuket. There was Soi’s Crocodile, Eric, Easy, Gonzo, Lion, Seadragon, and Tiger to name a few. Each Soi attempts to have its own shtick. For example Soi Crocodile is renowned for its open display of Katoeys or Ladyboys and at its junction with Bangla Road is a small stage where crowds flock to see them strut their stuff. It’s amazing how much they look like girls. In fact, they are dressed up and made up too perfectly to be female – which is not meant to be a disparaging remark; it’s that they just look artificial. Any unattached drunk male would be easy pickings for the Katoeys.

The common type of bar is the go-go bar, and there is plenty of them to be found on Soi Seadragon. Young attractive girls scantily dressed, dance to loud music, and smile at potential patrons as they stop for a few seconds to gawk at the goings on. This marketing strategy works for many of the male passers-by as the temptation is too great for them not to stop and have at least one beer.

At some of the bars, girls coax the inquisitive ones to a game of “Connect” or “Hammer the Nail”. I fell for it, a simple game, how could I lose? I played four games of connect and lost them all, which in turn cost me four drinks. For “Hammer the Nail”, it’s a slice of a tree trunk, where the object is to completely smack the nail into it with the pointed end of the hammer. It was another game that looks easy, but unfortunately with the same result. I put it down to home court advantage. As the evening progressed, the more out of control it became, as more people became drunk. I was fascinated by it all. It was a huge party, totally unthreatening, with people from all parts of the Globe socializing with each other, and it created a great atmosphere. I spoke with several people that night, including some of the local girls who were trying their best to entice me into taking them back to my hotel. I visited one of the live music venues, where a Filipino band plant great renditions of classic Dire Straits songs.

The active evening took its toll, and I was asleep as soon as my head hit the pillow and I slept for twelve hours.

A notice was put under my door to warn me about the next few days in Phuket. I was unaware of this before I arrived, but April 12, 13 and 14 is the Thai New Year celebration. It was a message to hotel guests to beware of walking the streets. Basically if you left the hotel grounds you would get drenched. Water pistols, guns, canons, or any other type of plastic machinery that anyone could get their hands on were used to soak people. I did in fact venture along the beach road and suffered the consequences for my actions. I even had a bucket of water tipped on my head and was hosed down a couple of times. It was anarchy, and the streets were running with water. The souvenirs shops were selling water guns of all shapes and sizes, and there were even filling stations every hundred yards. Fortunately, my hotel had a large sign displayed at its entrance, banning such weapons from the premises. It was the only dry spot in town. I changed clothes at least four times that day. Bangla Road was even crazier than the previous night. I got to the point early on in the evening where I was just sick and tired of being drenched and looking like a drowned rat.

I returned to my hotel, had my final shower for the day, and stayed dry for the rest of my stay until I checked out the next morning.

It was a unique, wild, and exhilarating stay in Phuket. It’s unlikely I will ever go back there, but if I ever have the desire, I will just take a look at the many photos I took during my stay. Don’t go to Patong Beach if you want a relaxing vacation. 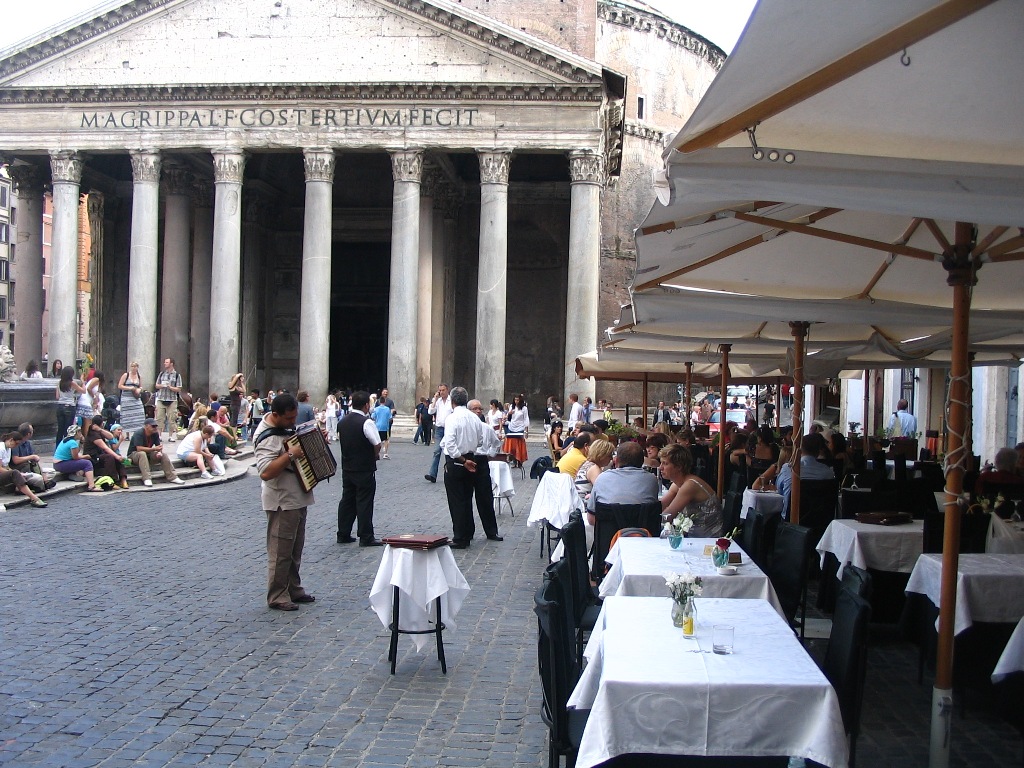 Recycling comes to Rome – with the force of empire 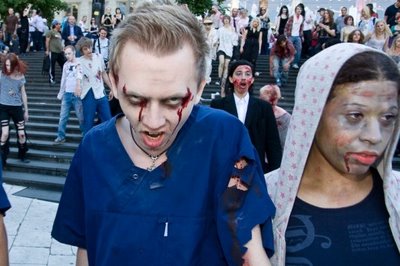 When zombies roam the streets of Stockholm