I’D BEEN SPENDING FAR TOO MUCH time in cemeteries of-late. Two days previous, I’d been interpreting solemn thoughts during intimate exploration of Santa Fe’s Fairview Cemetery. Now I was up on a hill overlooking Glenwood Springs (a settlement established in the late 1860s after the hot springs were rumbled), in what was once called Linwood Cemetery, but what was more commonly known as Pioneer Cemetery. Before arriving in town, I had no idea that famous dentist, gambler and gunslinger ‘Doc’ Holliday had been associated with the place. indeed, it’s where he died of consumption and was buried at the grand young age of thirty-six. Nobody knows for certain where his bones lay and spirit lingers; the papers stating exactly where he’d been laid to rest have since been destroyed, but he’s in the cemetery someplace. A memorial modestly advertises the truth.

Edging around the seductively attractive grounds, appropriately boasting a view to die for, I passed an elderly woman, kneeling at a small plot. It was dominated by a smashed tombstone, half of which lay facedown on the grass. It left the stubborn stump looking like it had no idea what had hit it. She must have been in her eighties, yet a natural prettiness pervaded her facial features, forcing me to overlook her wrinkled brow, not to mention the crow’s feet clawing at the outer corners of her eyes. ‘Morning,’ I murmured, backtracking to the entrance. ‘Indeed I am, and always will be,’ she softly sobbed in response. ‘Sorry?’ I said, assuming she’d mistaken my greeting for a question. I think she thought I was asking if she was ‘mourning.’ Turning to face me properly, she told me how the grave of her grandfather had been vandalised. ‘If in life he’d been a bad man, then I could sympathise with such desecration, but he was an upstanding member of the community.’ I asked why she thought the tombstone had been destroyed. ‘Seems to me it’s the youth of today and their disrespectful ways,’ she sighed. ‘In a small town like Glenwood, they ain’t got a whole lot to do, so groups of kids head up here after dark and get embroiled in mischief. My grandpappy’s grave ain’t the only one to have been damaged. A few seem to have been picked at random for no good reason.’ Then, totally at odds with her angelic demeanour, her face darkened prior to an unexpected outburst. ‘God damn them,’ she whispered, ‘May the Lord God strike them down.’

The scramble up to the cemetery’s a short one. The far-reaching views from various look-out points over the valley, cut up by the Roaring Fork River that picturesquely tumbles into the Colorado, are uniformly stupendous. Back Downtown on Grand Avenue, I browsed around a couple of outdoor pursuits stores, searching for replacement in-soles for my fast-disintegrating trainers. I stormed out of such stores in disgust. There was no way I was prepared to pay the average asking price of $30 for two in-soles. I ultimately hounded some out in a nearby drugstore. Retailing at just $1.49 a pair, I bagged the bargain of the week and bolted.

I knew I needed new in-soles if I was to do some hiking in the surrounding area of outstanding natural beauty as planned. Set to salivate over the state’s mountains, I marched to the far side of the bridge I’d pounded the previous night. Beyond the springs, I sauntered alongside the traffic-jammed Interstate at the start of the Glenwood Canyon Trail: a sixteen mile track that snakes east in the direction of Denver through the beautiful canyon. Fortunately, for the most part, the flat hiking and biking trail tends to maintain considerable distance from the road, shouldering the meandering river to negotiate Horseshoe Bend, the sun-lashed highlight of my afternoon. I continued walking, around the bend, through the small settlement of No Name. No kidding; you’d have thought somebody might have suggested a better name for the place, but there’s something undeniably unique and appealingly anonymous about the oft-overlooked hamlet.

At the far side of the river ran a hugely significant railroad that helped open up the Rockies, transporting people through the range as more folk chose to move west. The line remains operational, served daily by Amtrak trains. Unsurprisingly, it was in this neck of the Colorado Rocky Mountains that the glass-topped ‘Vista Dome’ feature of train carriages was originally conceived in the late forties: a fascinating tit-bit of trivia to further highlight the stunning nature of the scenery. 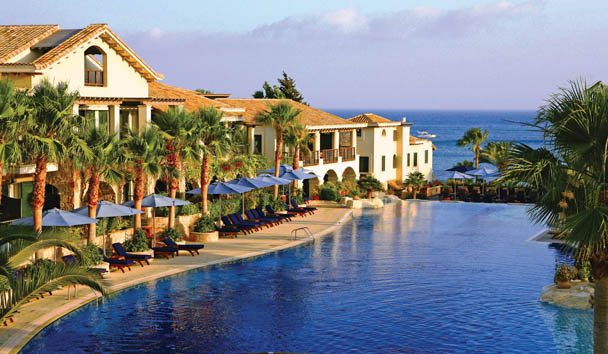 With or without kids – Colombia Beach Resort review

Brussels is Best: summer in Belgium