Anglesey hasn’t received this much attention since Suetonius and his legions came to slaughter the Druids in AD60. Two thousand years have passed, but invaders still arrive. These days they’re armed with telephoto lenses and hoping to snap William and Kate in Waitrose.

There has been a constant stream of articles about Anglesey since the royal couple set up home on the island, close to Prince William’s base at RAF Valley. Many writers have been far from complimentary. The latest to upset the locals was Liz Jones who wrote: ‘Good luck finding a branch of Cartier on Anglesey, Kate.’ The article went on to describe parts of the island as ‘like stepping back in time’ and compared Holyhead to a Third World Country.

I’ve been visiting Anglesey on and off for 30 years and know that many of the island’s critics make the same mistake – they drive along the A55 at speed and see only windswept chapels, tumbledown cottages or the tail lights of a truck heading for Ireland. They arrive in Holyhead and complete their judgement at a port in chronic need of investment. When Paul Theroux visited Holyhead in The Kingdom by the Sea (1983) he wrote that the town had ‘gone to sleep and would die without waking.’ Holyhead may still be struggling to attract investment and jobs, but the town has plans for re-development and is just one small corner of this enchanting island.

We begin our short break at the furthest point west. On a clear day the Irish mountains are visible from South Stack lighthouse, but today there is a haze on the waters. The cliff path falls away dizzyingly and we’re warned we face 1,200 steps to get down and back up again. The first lighthouse keepers had no bridge and had to be winched across the often wild, foaming waters in a wicker basket. Seabirds sweep past as we duck out of the wind to enter the lighthouse. A steep staircase winds round the inside in seashell spirals. We climb a loft ladder and stare out. The Irish ferry is a distant chalk fleck on the shimmering waters.

‘Are you tired?’ our guide says, ‘you’ve got to climb back up soon.’

The lighthouse walls are lined with photos of immaculately starched, polished lighthouse keepers. They have the oiled hair and clipped moustaches of wartime pilots. Joe stares at a black and white shot of a donkey, baring its tombstone teeth.

It turns out poor Tommy knew every one of those steps. Every week a shopping list was pinned to his back. Tommy would make his way up the steps and across the headland before tottering the three miles to market. His baskets would be filled with the keepers’ provisions and he’d make the long trip back, shuffling down the steep cliff path and trying not to break the eggs or spill the tea. Tommy looks content in the photo. I hope he stopped and ate all their sticky buns.

It is estimated that 1,200 shipwrecks lie off Anglesey, bringing divers from all over the world. Joe has been digging in the sand, baffled that seawater keeps filling his trenches, while he searches for Spanish gold.

‘Imagine if there was a huge bathplug out there,’ I say. ‘If you could pull it out what would you find?’

Joe thinks about that. ‘Silly,’ he says, but he digs a little faster, dreaming of treasure chests. His spade crunches into mussel shells and periwinkles. We’re sitting on Llanddwyn beach, pushing our toes through the powdery, warm sand. We’re enclosed by miles of dunes that shelter us from the wind. The mountains of Snowdonia – a faint pencil-traced outline – taper into the sparkling sea. There is barely a soul in sight. It is hard to believe we are less than two hours’ drive from Liverpool or Manchester.

Beaumaris Castle towers above the eastern entrance to the Menai Straits. It’s a proper castle with moat and drawbridge and steep, winding steps, not a crumbling relic. Joe and Jake scramble to the top of the battlements. The Welsh flag is taut in the breeze. Gulls sweep past squabbling over a dropped cornet. A cry comes from the gift shop as children sprint over a drawbridge, waving plastic swords in mock helmets and chainmail. We pack much into our four days. We explore a working windmill and walk Thomas Telford’s Menai Bridge, gripping the handrail as the wicked currents spin and twist far beneath. We learn about the wreck of the Royal Charter which went down with the loss of over 400 lives. We run round standing stones and feed the ponies and chickens at Foel Farm. We eat fish and chips where St Patrick was blown ashore at Cemaes and take tea and scones where Magnus Barefoot, king of the Vikings, raided the coast.

When the rain slants in we head into Oriel Ynys Môn to scoff bara brith and admire the work of Kyffin Williams. He spent a lifetime capturing Wales. White horses crash on jagged rocks. Rooks gather in silent churchyards. Whitewashed cottages cling to black hillsides.

Anglesey can seem bleak and windswept, but no more so than Cornwall or Cumbria. Its trees stoop eastwards and its cattle gather behind dry-stone walls in thrall to the westerly gales. There are no theme parks and few of the chains that dominate British high streets, but that is Anglesey’s charm. In many places the landscape has remained unchanged for centuries and it is not difficult to imagine the princes, kings and priests who have walked here. As we pack up the car an RAF helicopter swoops overhead. Perhaps it is the latest prince to make his home on Anglesey. 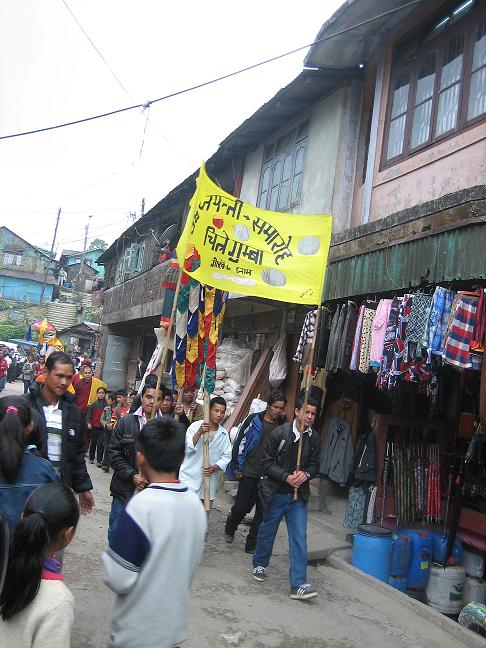 A game of baseball in Trinidad, Cuba