Las Vegas! I had seen it several times in the movies and finally I was going to have the chance to see it firsthand. I had booked a stay at the Luxor and invested in some gold shirts. I was ready and excited, though within minutes of boarding the plane things quickly began failing to meet the most basic of expectations.

You pay a decent amount for any flight on any airline upfront, so it irritates me when companies try to nickel and dime you once they have you captive.

After getting my bags and finding the hotel shuttle finally I see it, the Luxor. And two things occur to me. First I’m going to be sleeping in a pyramid, which if this was actually Egypt it would means I was royalty, but on the other hand it would also mean I was dead. Secondly, nothing says class like having huge decals of Optimus Prime, much like the movie poster ads stickered over the windows of a bus covering your hotel. Yup I’m not sure the ancient Egyptians had a huge “Ramses Papyrus Emporium” stuck on Cheops pyramid to make a few extra advertising bucks. I notice the Bellagio is sticker free, and for that matter so is the Hotel 6. The room is pretty nice. I take a self guided tour and notice a small dessert dish that the previous tenant used as a makeshift ash tray placed high atop my TV bureau. I lie on my bed and look over the hotel guide, when I notice a whiff of B.O. After some thorough sniffing I find it is not coming from me but rather it’s from the bed’s comforter. I call housekeeping about the funky comforter and take a shower. As the glass steams up I find a secret message at the top of the glass assuring me that “Big E loves me.” That’s reassuring, looks like housekeeping didn’t make it to the bathroom either. Over the next four days and four housekeeping visits Big E will continue to love me and the ashtray dessert will remain my companion. Although every day I do get an Oompa Loompa sized bottle of water and a newspaper, which upon checkout is $61.95 listed as a convenience fee. Oddly I didn’t find it very convenient.

So Inevitably in Las Vegas, if you’re not a gambler or a connoisseur of hookers you will find yourself walking other hotels and becoming a make believe Hotelier and design critic. I’ve decided that the Vegas hotels can be split into 3 categories.

The Luxor and the Excalibur make an alright attempt at this, while the Paris and Venetian perfect it both inside and out. Though at first it is really impressive, after awhile the fake painted sky and façade building fronts become a little Mickey Mouse. The grounds at Mandalay Bay are right out of Indiana Jones and if you’re not a guest there you can pay to use their wave pool and lazy river. It’s $20 if you’re a woman and $50 if you’re a man. I never did figure out the pricing and they never gave me a clear explanation, though there is a brunet at the east entrance that will let you in for $10 where a tree blocks the camera’s view and it will make you feel like you are in Ocean’s 11 for the 30 seconds it takes you to do it.

The themed shops at Caesar’s forum are not to be missed and the shops at the Aladdin made you feel like you were really in the middle-east. The Aladdin has been bought and is being turned into Planet Hollywood Hotel and Casino (There is a Hooters Casino so why not?) though with it the sandstone shops are being converted too. Only now they look like any other mall in America, so basically Planet Hollywood is spending millions to make the casino less interesting then it already was. There are the really high end casinos that are inspired by other countries without trying to literally recreate them. Hotelier Steve Wynn does this best with the Bellagio (Inspired by Italy’s Lake Como) and the Wynn Las Vegas, which though unremarkable from the outside is a hidden gem on the inside. Inspired it seems by equal parts Italy, Alice in Wonderland and Charlie and the Chocolate factory but all in a sophisticated adult classy way. Having a Gelato on the patio at Sugar and Ice in front of the waterfall is a must.

Category 3. Old and Run down

This is the faded glory of old Las Vegas. You will know your there when you smell tobacco laced wallpaper and musty beer soaked carpets, and you start seeing high stakes players wearing tank tops as well as mini skirt wearing cocktail waitresses in their 60’s. Sure you can get a cheap $1 grey hotdog or a $1 beer, but hey you can get a $1 beer at the gas station and the gas station will be slightly less depressing. 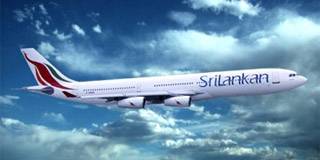 Hitch-hiking amongst the peoples of Africa