This great small country, in the middle of the lowlands, has a cuisine with obvious traces from the first stumbling steps of European ocean trade. For a clear overview, we need to touch upon medieval times. To do this, I have my culinary guide this brisk day, Peter Van Mulken. Hailing winds are striking us in the face as we sit facing the sea in Volendam, a town that is known to tourists because of the fishing boats and history as a medieval harbour. We dig in energetically and start with the topic fish, suitably picked with an entire meal of fish between us on the bench.

As we are seated we are watchful should our meal of salted herring with unions suddenly take off into air, either by the wind or by the hungry seagulls hovering mere metres above our heads. The salted herring we have is served with white bread and gherkin, the fruit that is similar to cucumber. A short distance behind us stands the small grocery store where we bought our meal, just a few metres from the waterline and the harbour. The store is packed with fish of all kinds, from herring to eel. Not only do people come for groceries, but also for fast food, such as the pickled herring. Peter quickly explains that the pickled herring is normally served on white bread and with some chopped onion and salt cucumber on top, a hot dog with fish if you so will.

The quick meal serves as a good introduction to Dutch food that has been popular throughout the centuries. With a taste for cheese and munching away on my pickled herring, I wonder how the Dutch cheese came to be. “Well”, says Peter matter of factedly

“Milk needed to be preserved and you could do that by making cheese and butter”. But he hastens to add “We were absolutely not the first”.

Edam and Gouda are the two most famous cheeses from Netherlands. Gouda alone make up for about 50% of all cheese produced in Holland. Its flavour is heightened by allowing it to age which also hardens the cheese. Edam comes as a close second and it has less fat content, although the flavour also intensifies with age.

It requires slightly more thought to buy yellow cheese in The Netherlands. As Peter explains to me, when visiting a cheese shop or market, the age of the cheese matters considerably. “Don’t buy young cheese, buy old.” This advice goes in line with the adage that older cheese has a more mature taste.

Later we meet up somewhat westward of the centre of Amsterdam, on our agenda is a real Dutch dinner. With a brisk walk to work up our appetite we arrive at a restaurant some way from the central channels. After my request, Peter chose the restaurant carefully because of the Dutch cuisine they serve. In the tungsten light reflected by hundreds of small photos decorating the walls, we order Boerenkool, mashed potatoes with cabbage. And so it is time to turn our attention to potatoes, both the dish of Boerenkool we have ordered and the history of potatoes in the land of the Dutch.

The Spaniards brought the potato to Europe in the 16th century, after the conquest of the Inca Empire. But it would take until the 17th century before it was a common European crop. The reasons for its success were simple: It contained plenty of nourishment and combined with water it was perfect for thick stews or sauces.

“There is more to the story of potatoes”, Peter mentions as he points hurriedly with his fork at the mashed ones in front of him. “They were unique, because they could boil it, mash it and serve it as a cream. After a hard day’s work, what do you want? You want a quick and heavy dinner.” Peter summarizes with emphasis. By mashing it and mixing with other vegetables, you could make heavier meals. And it was needed at that time, with all the workers straining themselves every day, for example in the dykes around the lowlands. Actually potatoes were also a treat as a snack. At the time they would be dipped into fat to become rudimentary fast food.

The Frisians started the trend of growing potatoes. Better yields were possible in the lands of the Dutch due to the soil. Potatoes were unique in the sense that they could be boiled, mashed and served as a cream. Peter adds “Think of the thick sauces in our time and you can clearly see the purpose potatoes filled at that time.”

As we start to devour our own meal of Boerenkool, Peter states that this was the real Dutch food. “This is what you would get at home. In older times, you might not get the bacon or the meatballs, but the sausage was sure to be served together.”

Another important aspect to the cuisine at the time was the spice. Or rather the scarcity of it. In medieval times and the renaissance, one of the few spices that was readily at hand was mustard. So it was common to serve the Boerenkool with some mustard on the side, something that has been honoured this evening, with plenty of mustard served with our meal.

The mustard was the common spice in medieval times. But with ocean trade in the first centuries of the renaissance, spices become one of the most lucrative goods. One such spice is nutmeg, that originates from Indonesia. The Dutch became leading traders for it, which at the time was worth a fortune in small quantities.

As it happens, western Europe had come in contact with Japan in the 16th century, when Jesuit missionaries landed in Japan. After almost a century with relative success in Japan, albeit with opposition, it was apparent that the Vatican had military and political ambitions. This led to open confrontation and ultimately Japan closed trade with entire Europe except the Dutch. This was much due to the fact that the Dutch had assisted with ships when Japan was victorious against a Catholic army, formed entirely with Japanese soldiers. In 1639 the exclusion edict was written and the west was excluded from contact with Japan, except for the Dutch who were left with exclusive access to the trade with Japan. The spin however, lies one step further. Because Japan traded a lot with Indonesia, rice in exchange for various merchandise, such as hides, tin, silver, copper and cloth, the Dutch traders would traffic this route. This allowed for a mutually beneficial relationship, and the Dutch traders were able to bring home coffee, tobacco, and nutmeg to Netherlands.

We take a break from our meals of Boerenkool, a heavy meal by any standards, to establish the original ingredients of medieval cuisine; potatoes, onions and carrots. Now, there were differences between then and now, one which Peter points out “You had your white carrots and the black carrots”.

“What? Not the orange colour then?”, I blurt out.

“No, no, that was a later invention”, he adds before sipping his beer. And he goes on to tell the popular myth of how the orange carrot came to be. As the story unfolds, it is apparent that it has a mythological value to it. Around 1550 the fight for independence from the Spanish kingdom started to pick up the pace. On the Dutch side stood the House of Orange, while on the other side, Catholic Spain. So one popular myth goes that the orange carrot was the result of selections and cultivation, in support of the House of Orange. Farfetched? Well, it does make a good story to tell your guests the next time you serve carrots with a meal.

Heineken and Amstel used to be the most common beers in Amsterdam. Then Heineken introduced Brand and it has slowly gained reputation as good beer among the locals.

But there are more exotic brews for the brave, one such is the ale Affligem, with a rather sweet taste which is unmistakable. The beer stems from the abbey of Affligem, and it is known that they brewed beer there as early as 1574. The brand Affligem is still under license from the monks of Affligem, although the brewery is owned by Heineken International. This is merely one example of a beer that has been sold for centuries via licensed bars which can sell the beer exclusively. Nowadays this is unusual and most people sip on Amstel or Heineken in the bars.

Although central Amsterdam is small it is common for visitors to eat the standard food offered in restaurants close to the tourist sights, with Indonesian restaurants also being very common. Herring can be bought in several places around the city, one is by the end of the Bloemenmarkt (the flower market). But as for the food with long ancestry in the land of the Dutch, you need to look further. If you want to have a meal of Boerenkool it is advisable to search for restaurants outside the canal rings and further away from the centre, where tourist traps are nowhere to be seen. As you find a restaurant that appeals to you, you are in for a culinary treat! 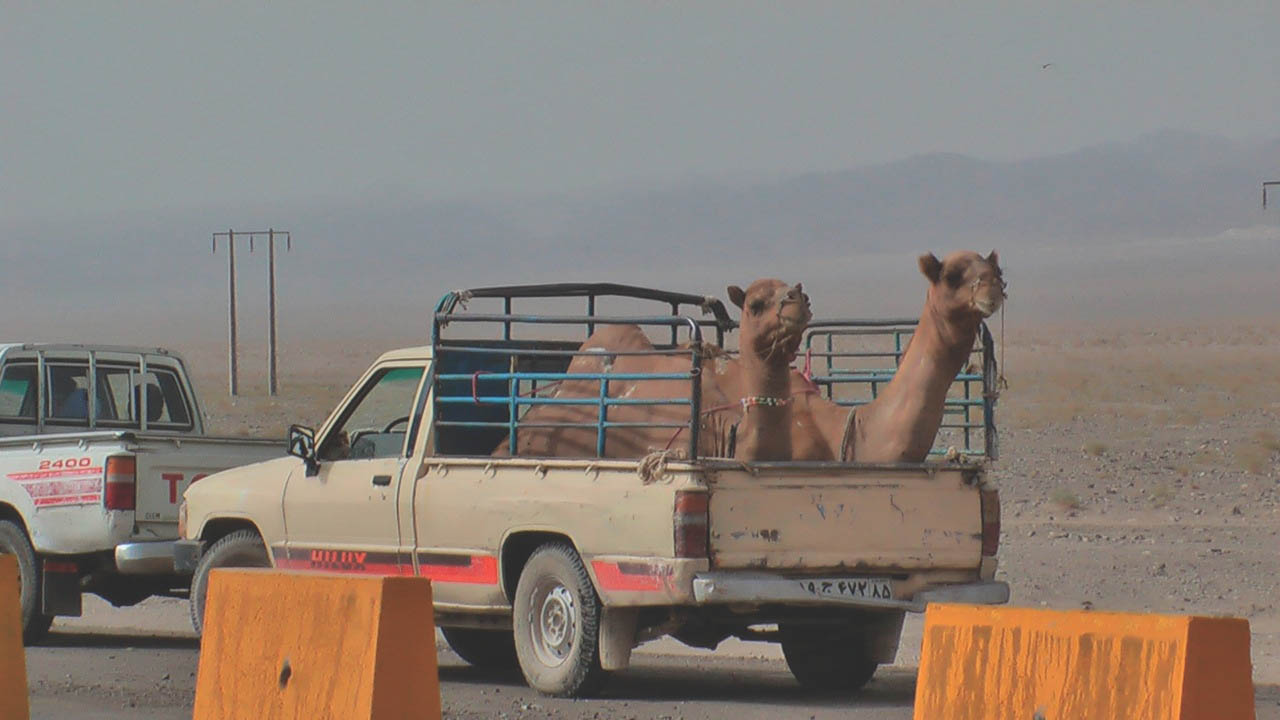 Driving across the ‘Axis of Evil’ 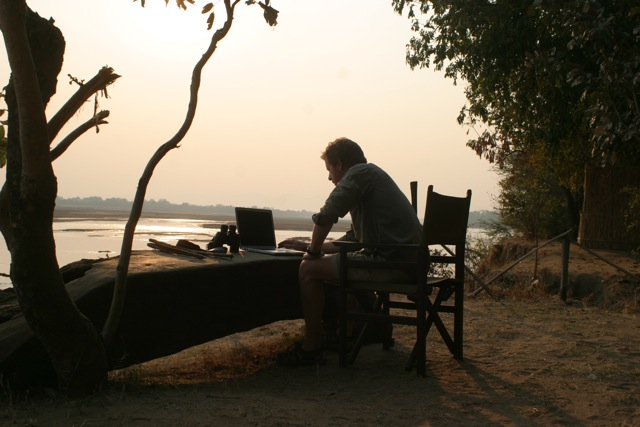