I have been here hundreds of times, I know it like the back of my hand but today I was searching. I was a woman on a mission. I wanted a photo of the ox cart with the kid falling out. Now this isn’t as daft as it sounds. This site in Luxor is a medium popular one but the tour guides tend to stick to the interior of the main temple of Ramses III. He was probably the last great Pharaoh of the New Kingdom and this is probably the last great temple of the New Kingdom. There are all sorts of other bits to it that get missed.

Like the rather colourful Ptolemaic gateway to the side of the main gateway. There is this gorgeous winged disk in radiant colours. In that Roman courtyard there is also a rather nice false door of kings, you don’t get many of those.

The main gateway itself is the scene of some rather scurrilous goings on, as this was the location of the Harem. If you stand on tip toes just behind the left hand Sekhmet statue and look through the second window, and if the light is right on the back relief, there is the king pinching the chin of a rather pretty young lady. Ok it is a bit tricky to see but trust me I am an Egyptologist. There was a huge court trial when one of the kings wives, not an important one but she had a son. And she thought it would be rather a cool idea to bump off the king and put her young son on the throne, who would of course need a guiding hand. She had several male members of the harem up for it. But everyone got caught and they were beaten up a bit and tried. There is this really detailed papyrus that gives all the details of the trial and rather frustratingly breaks off just at the exciting bit so we don’t know what happened but I bet it wasn’t good. Search on the Harem conspiracy if you are interested, several people have written rather good books about it.

Go past that and on the left we have girl power, the God’s wives of Amun. Their exact function is not known but they were hugely powerful ladies and seemed to have ruled ancient Luxor during the 25th/26th dynasty. They were supposed to have a religious role ‘invigorating’ the god Amun, I think you can guess exactly what that role might have been, if I tell you they were sometimes referred to as the God’s hand….yes X rated for sure. Well they were important enough to warrant chapels in this site. On the right is a rather nice little 18th dynasty temple built by Hatshepsut and Tuthmosis III. Now they are an interesting pair, old fashioned guides will tell you she usurped the throne and kept her nephew/step son/son in law (relationships were a bit confusing at that time) off the throne. A more modern approach takes account of Tuthmosis being just about the most brilliant general ever, Ancient Egypt’s Napoleon, and if he had wanted to get rid of her he could have done so easily. It was more of a case. She was a very able administrator and he wanted to go off and play soldiers while leaving someone he trusted in charge. The reason he got rid of her name later is more political than vengeful. Ramses II took this temple over and if you look you will see some nice delicate inscriptions topped by some that look as though they have been carved in with a spade. Yep that’s Ramses; he carved it in so deep so nobody can remove it. Sorry I have deviated again and we haven’t even got to the main temple. By the way it is a rare guide that will show you any of this they rush on to the main temple.

Just to explain about the Ramses, there were actually 10 of them. Ramses II is sometimes called ‘The Great’. After him there was his son Merenptah, and then Seti II married to Tawosret, then a usurper Amenmesse with the real heir Siptah. Then the 20th Dynasty starts with Setnakhte and Ramses III is his son. Ramses III really admired Ramses II and copies him in a lot of things, including the names of his children and the style of his building.

Behind this temple is a rather murky scared lake which has always puzzled me, how it could have been used for purification, putrefaction yes, but to clean the priests just seems odd. I have been told that a reed bed might have been used as a filter I certainly hope so. Sorry another side issue.

Anyway we get to the main temple and it is huge, very colourful and beautiful. It is a classic 2 open courtyards, hypostyle hall, sanctuary design and the front half is well preserved. The plan is as you go further and further in you had to be more and more important, and it got smaller and darker until you were at the holy of holies. The first pylon (gateway) has nice scenes of the king despatching his enemies in front of the God’s. On the left of the first court is a window of appearance where the king would have stood and handed out goodies, necklaces of gold etc. There is a lot of text where Ramses III talks about the battles he fought. Now these are actually terrible poignant because although he was copying previous pharaohs when they boasted about their battles and yes he did win them. These battles were fought on Egyptian soil, this was the end of the Bronze Age when the Sea Peoples gradually took over and Egypt ceased to be a great imperial power. Anyway he did win and he is allowed to boast about it. On the right hand side are a row of statues, called Osirid as they look like the God Osiris with crossed arms and legs together like a mummy, these particular ones seem to suffer from cankles, they have the chubbiest ankles you will ever see on an ancient Egyptian statue.

The next courtyard has some rather gory bits of the battle. On the left hand side wall are piles of body parts which are being counted by scribes, the hands got chopped off and then it was easy to count. There is also a pile of penises, yes I am serious. I am sort of puzzled by this, why some enemies get their hands cut off and some their penises I don’t know but it makes great tourist fodder when all the guides point it out. On the other side there are statues of the main Theban God’s Amun, Mut and Khonsu having offerings made to them and being processed by priests. These reliefs are in excellent condition and have loads of colour, so you can see the temples weren’t dry dusty places but vibrant colourful ones that would have knocked your socks off. The colonnade before the hypostyle hall is particularly wonderful, with all these gods and goddess with the most beautiful clothing not plain white but reds, yellows, blues and greens, with stripes, stars and ribbons.

Then you go into the hypostyle hall which has lost its top but has some great statues and interesting wall reliefs, there is some conservation work going on and the colours are being brought to life. So that is the main temple as the guides will show you.

Outside you have a temple palace and you can see the pharaoh’s loo, seriously one small room is lined with stone instead of being plain mud brick, so when he had a shower he wouldn’t wash his palace away. Cast a glance at the four lonely pillars right at the back behind the main temple. This is the house of the foreman of Deir el Medina the workman’s village. Things had got so dangerous with Sea Peoples, Libyans etc that the village with its valuable tools (and knowledge) was no longer safe. So they had moved to the fortress like Medinet Habu to be safe. This was shortly after they had the first recorded strike in history, downed tools when their wages didn’t arrive. This is another fascinating part of Luxor’s history, the story of the workman’s village.

Anyway back to my mission, on the outside wall right hand or north side of the main temple is the only depiction of a sea battle in ancient Egypt art. It is best seen really early in the morning. I was there at 6am when the light was right. There are all sorts of enemies depicted some with horned helmets and some look uncommonly like punk rockers. Just along there somewhere was another battle scene, land battle this time and because there were ox carts it is argued that this was an economic invasion. Well that was the point I was arguing in my essay. I should explain although I live in Luxor I study with Manchester University. I achieve this not by commuting to the UK every month but because Manchester have an excellent course that is entirely online. I was writing an essay about the Sea Peoples and the Libyans, and the end of the Egyptian Empire, and I wanted my own photos, save copyright. Now despite being there and seeing this sea battle several times I had never spotted this ox cart. Chicago University have published online copies of the line drawings they had made and armed with this I was searching for my ox chart.

Now when you go in the more remote parts of any site a ‘helpful’ Egyptian will come up wanting to show you something he thinks you might pay him a small tip for the privilege of seeing. Yes I got accosted so I am trying to fight him off, so I can carry on my search, when suddenly he recognises me from the village. Fatal, this means I have to have tea with him. You can’t refuse; they are so polite and hospitable. I have no idea where he got the tea from; I think I would rather not ask. I just hope it didn’t come from the murky lake. Anyway after my tea break I was allowed to resume my search. I found the wretched thing and once you do you cannot believe you have missed it all this time. A proper ox cart with women on board and a kid falling out the back, RESULT so I took loads of photos and put one in my essay which was rather good if I do say so myself, any way I enjoyed it.

So if you were told that Medinet Habu was just the temple to Ramses III and were never shown the punk rockers, the ox cart, pharaoh’s toilet, the girl power chapels, the harem pictures, the penises!!! Come back, it is all there waiting for you and lets meet up, and I can tell you all about the other sites in Luxor that I love and adore.

Jane Akshar, was born in Sussex, and studies Egyptology at Manchester University. Jane has now been living in Luxor for 8 years. Jane is currently offering an e-book guide, a series of lectures about the sites and their history and a week long study course. Site visits are with local guides reflecting her commitment to providing employment for local residents. For more information about Jane’s guides please visit: www.hiddenluxor.com

Locked up in Quito: exploring Ecuador’s darker side 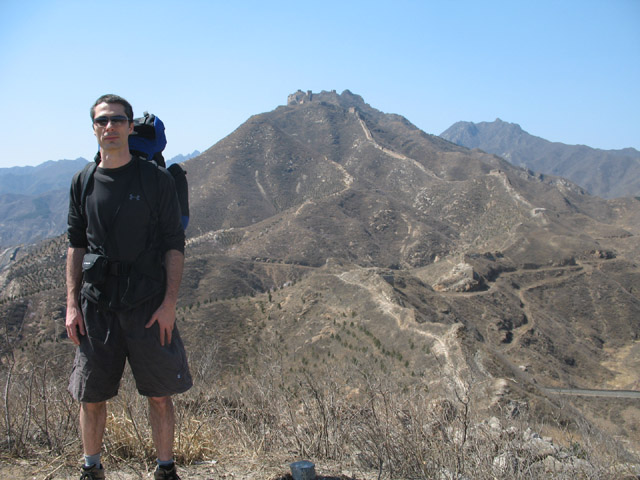 An indie guide to camping on the Great Wall of China