Writing for the travel sector and having a social-political conscience often make an uneasy combination.

Apart from a few top-end writers who are funded and published by the mainstream press and may have the license to actually speak their minds, most writers and bloggers in the travel industry are nothing more than spin doctors, relying on research skills rather than personal experience. Endless, eloquently glowing adjectives about a client’s products are strung together into feel-good and utterly predictable guff that serves no purpose beyond reinforcing the relevance of web pages for search engine optimisation or convincing potential holiday buyers that they’ve come to the right place. It’s called brochure-speak. You know, that endlessly positive puerile nonsense about holiday destinations, their fascinating cultures, perpetually friendly – and always smiling – beautiful people and whatever inevitably amazing range of activities and facilities you will – of course – find there. While it’s not hard to keep churning out the copy that everyone wants, with some destinations it can become very hard to resist writing the truth instead.

“Visit Sri Lanka, a dreamlike tropical paradise where the warm, iridescent waters of the Indian Ocean lap gently against impossibly picturesque beaches. When you bask in the shade of the Coconut palms and feel the clean golden sand between your toes, you will know what millions of visitors have learned before you; Sri Lanka is heaven on Earth.”

“Visit Sri Lanka, a post-colonial mess the English helped to create, where the native Tamil people and invading Hindus have fought a bloody and senseless civil war for the last 30 years. Discover the mass graves of innocent women and children, the scenes of an ethnically motivated genocide that your media and governments completely ignored.”

Writing the first version gets much harder when you have some experience or interest in a place, and I spent several months in Sri Lanka as a child just before the official civil war. The ‘troubles’ had been going on for many years, and Sri Lanka was really two separate nations, only one of which was recognised by the international community. Terrorist action by militant separatists the Tamil Tigers was ongoing, in a typical story of invasion, occupation, division and the brutal escalation of violence.

When I was driven in a taxi through Colombo in 1982, parts of the capital city looked like a war-zone. There were burned vehicles, bombed buildings and destitute people. I remember clearly my dad trying to lie to me – “it’s a building site, don’t worry” – but knowing that it was much more than that. Tanks and uniformed men with machine guns kind of gave the game away, even to my young eyes.

Once out of the city in a small fishing village along the south coast, far from any disputed territory or terrorist targets, there was plenty of idyllic peace to be found. This was a tiny, friendly place that didn’t see many tourists and was miles away in both spirit and mind from the politics and violence of those who would rule. It was safe, the sea and the forest were bountiful, the water was cleaner than anywhere we’d been in mainland India. Making a few local friends my age, hanging around with the fishermen, climbing palms for coconuts and swimming in the coral reefs, I didn’t see much of my parents and didn’t really want to leave. Thanks to a ludicrous and illegal situation that I’ll save for another story, my father was forced to leave me and my mum there in Sri Lanka and go on a desperate money-making trip to India & the UK in order to raise enough cash to get his family home.

My mum and I stayed there, running up a hotel bill for months – pretending everything was fine. I only found out about this amusing chapter in our travels (it’s not the only one) when I was old enough to laugh about it.

I only grew close to Sri Lanka again around 2002 while living around the Tamil community of South Wimbledon & Tooting in London. Local families, neighbours, friends and acquaintances all lost relatives and friends to both the tsunami and the war. Suddenly we shared more than a taste for Tamil cuisine. 2004’s devastating Tsunami killed an estimated 35,000 people, obliterated hundreds of thousands of homes and destroyed much of Sri Lanka’s coral reefs. Hikkaduwa, where 1,500 people were killed when a passenger train was overwhelmed by the Tsunami, is very close to the place we lived in 1982, and the village itself is gone.

What has sprung up on the shores of Sri Lanka since government forces finally and brutally put down the last vestiges of the Tamil rebellion in 2009? Surely there is new and affordable housing for the dispossessed, schools, hospitals, new infrastructure for water and energy, flood defences for vulnerable villages?

Sadly, apart from the work of the usual handful of ethical NGO’s to dig new wells and minimise the starvation and disease in the wake of the flood, investment in ‘rebuilding’ Sri Lanka is almost entirely limited to the development of luxury holiday resorts, golf courses and villas. Golf courses are frankly a disgusting notion in a country of fishermen and farmers where fresh water is scarce and people rely on deep wells for drinking water and irrigation. Consider how much of Sri Lanka’s water was compromised by salt water, sewage and disease after the tsunami. In the (mainly Tamil) east of the country, which suffered the most deaths, the rice paddies have yet to recover. As was seen during the tourist development of Goa, precious water is now being drained for tourist’s showers, to keep golf courses green and to fill up swimming pools while nearby, essential subsistence crops are failing due to a depleted water table.

With the government’s open policy to foreign investment and extended ‘tax holidays’ for investors, tourism and construction companies are complicit in and profiting from Sri Lanka’s suffering. According to World Bank indicators, the country also ‘enjoys’ the lowest labour cost per worker in the world; the exploited workers and their families certainly aren’t ‘enjoying’ it.

A ruthless policy of ethnic cleansing, land-grabbing and relocation has occurred in the mainly Tamil north and east of the country where development and rebuilding are an integral part of the effort to eradicate all remaining trace of Tamil culture. For the remaining Tamil minority, devastated and weakened by both the tsunami, the war and the unstoppable tide of Hindu occupation backed up by foreign money, there is nowhere left to run. A civil war that had its roots in both English colonial misrule and ethnic intolerance ‘ended’ in 2009 with mass genocide, which was conveniently ignored by an international media gripped by the much-abused smokescreen of the ‘global economic meltdown’.

Visit Sri Lanka by all means, the country has a lot to offer. For me though, the brochure talk is really hard to swallow. Tourism can have its benefits, and in many places encouraging it is the only sustainable policy to make headway in a world that demands economic growth. In this case however, most tourism development amounts to little more than cynical exploitation and in a country as stratified as Sri Lanka, the poorest see little benefit from the profits.

The war may be over, the terrorism may have stopped, the sea may have retreated – but the Tamil people have been eradicated. If you do go, consider this sad nation’s story while you browse the seafood menu by the pool, sipping on a cocktail.

Gez writes commercial content for clients in the travel industry, among others. He was compelled to write this piece after having to try and do the usual shiny job on the personally emotive subject of Sri Lanka. Gez has decided on Barbados holidays for 2012, where hopefully the most serious issue will be which jazz club to hang out in. 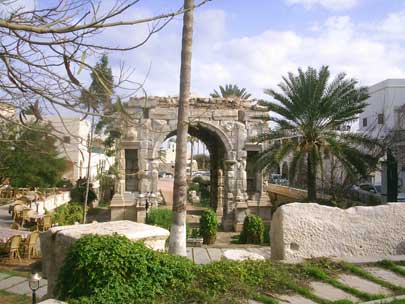