I’ve tried to ignore it for as long as possible but there’s now no denying the slight chill in the air in the evenings, or the fact that it’s still a little dark when I wake up in the morning. Living in Barcelona, autumn comes quite late, but it comes all the same, and when it does my first thought is always: where shall I book flights to for an autumn / Winter break?

We would all do well to listen to Mother Nature in these matters – make like the birds and fly south where the colder month take on a gentler aspect: think cool air but blazing sunshine. So here are a few ideas for autumn / winter destinations…

Sicily
There are three really great things about Sicily: 1. it’s relatively untouched by tourism, 2. it’s boiling hot in August but temperate in later months, and 3. you can now get cheap flights there.

Whereas flying to Sicily used to be expensive, with not that many flights available, Ryanair and Easyjet now do cheap flights to Palermo. Log-haul flyers may need to change at Rome or Milan. Sicily is a huge island so there’s a lot more to it than beach resorts. Visiting the almost immaculate Greek Temple at Agrigento, the Vuciria market, or the Cappuchin Catacombes of Palermo, is all much more pleasant in cooler climes. And let’s not forget the ski resorts of Mount Etna.

Lanzarote
I always envy people lucky enough to live on the Canary Islands. The amazing climate means that, not only is Lanzarote more popular in the colder months, it’s actually high season. Having said that, the type of tourists are very different in autumn / winter. Less families and more couples – old and young, so there’s a generally more chilled atmosphere.

Temperatures are like early or late Spanish summer, so you can do watersports, such as windsurfing or diving, but in a wetsuit. Other activities include camel trekking and visiting the lunar landscape of the volcanos.

Low-cost carriers like Easyjet, as well as traditional airlines like Binter Canarias, both fly to Lanzarote Airport in San Bartolomé, Las Palmas.

Andalucia
The definitive all year round destination, but the later months of the year allow you to do something other than explore the beaches and pools of Andalucia. Seville in particular, is full of sights worth seeing and when the temperature drops, it’s the perfect time to tour the Alcazar, the Cathedral and the Giralda tower without breaking into a sweat.

Ronda is another interesting, but hilly, town that is best discovered when the sun is less fierce. Sights include an impressive gorge, the oldest bull-ring in Spain, and lots of little museums. As for sports, Tarifa is great for kite surfing in winter, and Cadiz has excellent waves for surfing enthusiasts.

You can get cheap flights to Malaga from almost anywhere in Europe – so there’s no excuse to spend this autumn / winter moping in the rain! 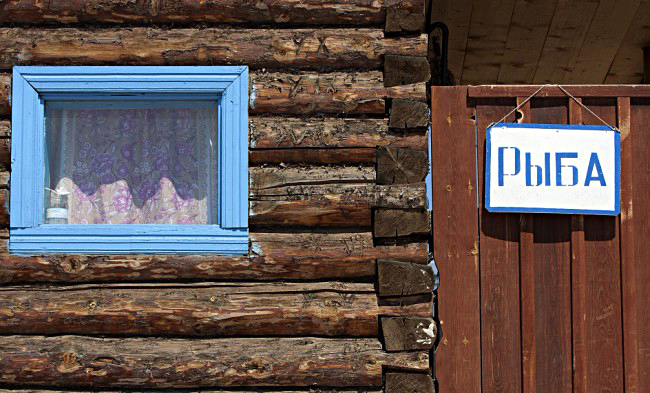 Siberia: not to be learned from books

Football-free and better for it: Basque Country