A three day battle resulting in roughly 50,000 casualties including 8000 American lives lost. 165,000 troops, 653 cannons, and more than 46,000 horses and mules were used between both sides. Still the legends of those who fought and the battlefields they fought on loom larger than even these staggering numbers. The names and places are iconic: Robert E. Lee, Joshua Chamberlain, The Irish Brigade, Little Round Top, Pickett’s Charge. Like many Americans, I’ve been infatuated with the Civil War since I was a kid, and although I was born and raised less than a day’s drive from the battlefield, it wasn’t until I was in my early 30s and living in California before I finally made plans to visit the historic site of Gettysburg in Adams County, Pennsylvania.

I was making some routine plans to visit my folks in Kentucky during the month of May when I decided to tack on a three day side trip to Gettysburg prior to arriving in the Bluegrass. I took a Delta flight into Harrisburg, PA, where I rented a slick, black Dodge Challenger, and drove it the remaining 40 miles south to Gettysburg. Several weeks prior to my trip I did a little research online to find a good hotel near the battlefield and found out that the town is peppered with inexpensive little bed and breakfast houses. I made reservations for two nights at a peaceful and well-kept B&B called the Gaslight Inn located near what would be considered “downtown” Gettysburg. It’s within walking distance of the battlefields, but to really enjoy your visit a set of wheels is a must.

There are more traditional hotels and motels around Gettysburg, but I highly recommend staying in one of the several bed and breakfast houses the small town has to offer. It will certainly add to your experience as each location has its own personality and way of doing things. For example, at The Gaslight Inn residents are given a copy of the keys to the house to use if they are out late just as if they’re in town visiting relatives. The two mornings I was there I also signed up for the breakfast served on the back patio where guests share a table, have a wonderful home-made meal, and get to know each other a little better before going off on their separate ways. This makes a for a great opportunity to meet people who are passing through and exchange information about tour options, eateries, and other experiences everyone may have had the day before or are anticipating later that day.

Instead of doing a blow by blow of the traditional tourist spots at Gettysburg, I want to describe one of my more memorable experiences from the trip which was my evening with a group of ghost hunters on a haunted tour of the battlefields with the illustrious Miss Betty. Miss Betty’s ghost tour was recommended to me by the hostess of the Gaslight Inn so I called her up and made a reservation for the next night’s tour. A small group of maybe ten folks met up with Miss Betty in the nearby elementary school parking lot. We packed into a small caravan of three cars led by Miss Betty towards the outskirts of town where the old Sach’s Bridge is located. Since I was the only person who arrived solo I rode with Miss Betty in her little car where I discussed with her my longing to see supernatural phenomenon while at the same time being a devout skeptic. This point of view stoked her interest and she would check in with me periodically throughout the rest of the evening to see if I had been convinced by anything I had witnessed. Our brief stop at Sach’s Bridge lasted through dusk and was accompanied by several ghost stories from Miss Betty ranging from various atrocities taking place their during the battle to local children seeing spirits marching up the nearby road just a few months earlier. We were also encouraged to take pictures throughout the evening because it was near these spiritual epicenters where floating orbs and spectral manifestations would miraculously appear in photos even when they may not have been visible in person. I took lots of photos with my Canon XT, but I never captured any of these orbs.

We made two more stops during the tour: a visit to a forsaken gazebo near a haunted inn (which was possibly built next to a mass grave) and a field next to the public school where several Confederate soldiers from Louisiana had been massacred. The eeriness of the locations, the sweet but pungent odor of the Pennsylvania grass, and the haunting tales weaved by the charismatic Miss Betty provided for an unbelievably entertaining and inexpensive evening ($15 after the Gaslight Inn discount). If you go on your own you may even be able to ride with Miss Betty as she drives from site to site. This woman knows her history of the battlefields and not just the ghost stories but the traditional textbook stuff as well. There also seems to be some limitations enforced by park rangers with regards to people being out and about the battlefields after dark, and the official ghost tours are a great way to be driving through the park at night without being harassed by rangers.

Ghosts or not, the look on the faces of some of the innumerable life size statues and memorials that decorate various parts of the park after dark is worth the price of admission. It’s wonderful theater how the car headlights drench those stone faces in harsh shadows, and how you know for a fact that not too long ago, relatively speaking, hundreds of men had probably been blown to bits right where you’re standing, some vaporized in a red mist of sanguinary termination thanks to cannon fire. These thoughts do make one pay close attention to the immediate surroundings.

Prior to going to Gettysburg I felt I had a better than average understanding of the battle. I had read several focused works on the battle as well as the entire trilogy of Shelby Foote’s Civil War plus a recent reading of his Stars in Their Courses. I had watched the Gettysburg episode of the Ken Burns documentary four times, and I had even recently watched the Ronald Maxwell film Gettysburg made in 1993 starring Tom Berenger and Martin Sheen.

For those two days I was in Gettysburg before taking the ghost tour I covered as much of that field as a person possibly could with self-guided tours, official bus tours, hiking on foot, and driving my bad-ass Challenger all over the park. I had a firm grasp of the traditional image and understanding of those three brutal days in July. But those brief treks that night back and forth from one spot in the park to another with a full moon overhead and those empty stone eyes watching our every move provided a different perspective of the area that I wasn’t quite anticipating.

“Have I convinced you at all, Jason?” Miss Betty asked as we were about to part our ways at the end of the evening. I told her no, unfortunately, but I still had a hell of a time and that I would highly recommend her to anyone I knew who would be visiting the park. Sometimes an unconventional method to viewing something that we thought we previously understood can reveal subtle details and different insights that we never knew existed before. 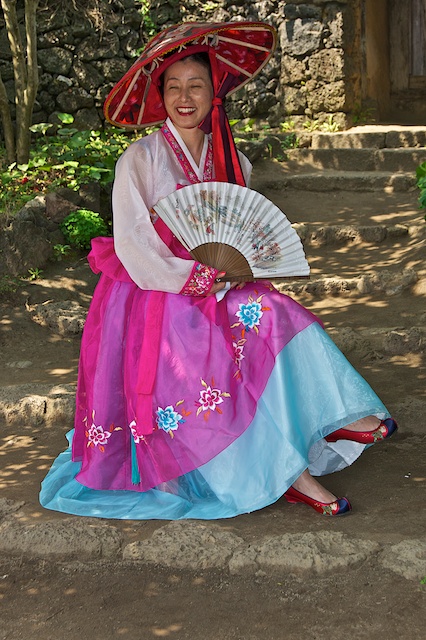 Tracking down the women divers on Korea’s JeJu Island 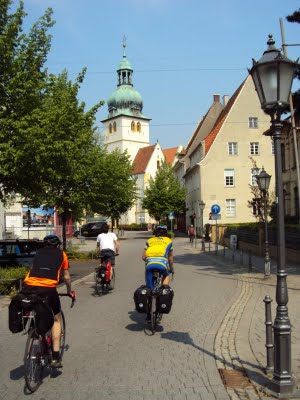