Sleep deprived and hungover – you’d think we would learn – Dave and I found ourselves in the relatively unattractive city of Dortmund, breaking open flight boxes full of broken up bits of our bikes. After much incompetency and with the odd post-op squeak, we just about managed to put them back together. Jan then turned up with much enthusiasm and his mountain bike. It is great how things like this work out. To think I met him in Brussels on the first corner of the inaugural cycle last year and here we are again on a new route. Uwe, another random connection from travels in Fiji, followed shortly after with his tight, tight florescent lycra and via a night out we were rearing to go. For no good reason other than a whim, we were off to Hamburg. Some 400 plus km with nothing but pedal-power. Off through Dortmund, we left the city centre behind and wheeled our way through some plush neighbourhoods and then out into the countryside. Very flat and green, we followed the small cycle paths which criss-cross every other mile of this country, out to a large canal. Heading North-West through Nord-Rhein Wesphalen, what struck me was the scale of industry. Unlike the UK, where what industry there is centres around the urban centres, here views across the countryside were broken up by factory towers, power stations and wind turbines.

Our mileage was significantly curtailed by Uwe’s serial punctures, a result of some off road on a road bike. Uwe’s despair when it happened for the third time was comic. Well worth it in fact, but it meant we settled in for the night somewhat short of our intended destination. A good thing too as Oelde contained one of the best breweries in the region – Pott’s. In the interests of cultural understanding we tried all the specialities to hand.

Having only touched 90 km the day before, we set off early the next morning to put some fast k’s under our belt. Exhilarating. We raced in peloton down the straight semi-major roads revved up on endorphins (especially when Uwe lead the way, cutting the air with his perhaps overly aerodynamic outfit). Through small towns broken up by familiar countryside we left behind the flatlands and raced down a large hill into Bielefeld. A pleasant enough place, but we only stopped off for the long overdue first würst of the tour.

Conscious of time we pushed on to the small pretty town of Herford, where the temptation of another crisp, light, yet flavourful local beer detained us for a while in the sunshine. Ordering our beverages I remembered that this was the day of the Royal Wedding back home and, catching a glimpse on the TV in the bar, I remembered why I had run away for the weekend. Spoil-sport perhaps, but given the chance I prefer not to be induced to nausea by the sight of “subjects” orgasming over the nuptials of inbred hangovers from history. Enough of that. Herford was complete with copper spired church, brauhaus and cobbled central square. It is these small towns which make Germany so endearing. Unlike the cities which were largely bombed to buggery, these quaint places retain much of the charm of old Germany and we had the privilege of pedalling through many of them on this trip.

From here we met the river Weser and raced through the steep hills of the Porta Westfalica. From the crown of one of those hills a giant statue of Kaiser Wilhelm looks down on what was the most spectacular scenery of our journey. The river snaked swiftly through a lush green valley basked in the spring sunshine and then on through impressive architecture and riverside bars of Minden. After a short pit-stop during which I was surprised to discover and just about converse with members of a local Greek community sourced by refugees from the Greek civil war, we decided to push on for a final 15 km to the pocket sized picturesque town of Petershagen. In spite of an acutely painful tendon in my left knee – quite possible triggered by the embarrassment of being overtaken by a German roller-blading machine while pushing 32 kmph – this final push was well worth it. Following one of the countless signs that litter German byways with varying degrees of helpful information (an affectionately OCD people) we spent the night in the local jail. Yup, for only 20 odd euros you can spend a night behind bars in an old Nazi jail. To be more accurate, a jail bolted onto the back of the hundreds of year old grand court house and used throughout most of the 20th century to incarcerate deviating locals. And, as the landlady informed me with an odd grin, for only a couple of euros extra you can wear uniform!!

The transformation was complete. A night of beers and roaming around the town in stripy attire ensued before knocking out on a prison bunk trying to block out thoughts of the previous occupants. All a bit odd.

After 130 km the day before the saddle was on the sore side, but we set off anyhow to follow the winding Weser for most of the day. Face into the wind, we pressed on through a flat fertile land cut through by the river and skirted by wind turbines. Occasionally cutting inland through twee villages and past large triangular farm houses, we found the river again, climbed up and crossed at a dam which allowed gorgeous elevated vistas.

We stopped in the bustling market town of Nienburg for the usual refuelling of copious amounts of carbs. Würst, pastries, chocolate and more würst. It was hot, so we guzzled more fluid and put on a sprint north along the river. Just as the legs were tiring, at least in my case, we sighted the town of Verden.

Banking the Weser with its church steeples, medieval town houses and breweries, it was a must stop. A few requisite local beverages in a biergarten seemed to rejuvenate the limbs, or at least make us tipsy enough not to notice the aches, and we cycled on for another 30 km to the town of Rotenberg, arriving just before sundown.

After a couple of days passing from one idyllic town to the next we had no reason to expect anything else from Rotenberg. The clue was in the name. We wasted an evening trying to have fun in this soulless, dull, nothing of a town. Being the last day of April, it was a night famous for party in Germany, but the best we could find was an over 40’s do and a simply terrible bar. Awkward unhappy looking locals, pop music and, God forbid in Germany, bad beer. Never go to Rotenberg.

Our final push the night before had left us only 80 km to Hamburg. Perfect. All we had to do was relaxedly ride along well sign posted country roads and end up in Germany’s second largest city nice and early for a celebratory knees up. Oh if things were that simple…

Rolling out of the town, we were flanked by dozens of drunk youths sinking bottles of beer. An impressive feat by 10 in the morning. Apparently a local May Day tradition, but where was this life the night before?

We found ourselves on a very efficient, fast, straight road heading directly to Hamburg. All we had to do was keep going, but where would the fun be in that? We decided to cut north along some slightly smaller roads to add some sights to our journey. An eventful few hours commenced… The road we took shrank to a small country highway, then a single lane road, a gravel track, a couple of tyre tracks through a dense wood, before finally and undeniably ending. Clearly we had made a wrong turn. So what to do? Retrace our steps and find the right road like sensible people, or, what the hell, push on trying out the theory that if we head in one direction we have to hit some other type of track eventually. Being the idiots that we are, of course we took the latter course of action.

We pushed our bikes through bumpy fields of marsh grass, into another patch of woodland and then, sinking with a sludge into soggy brown goo, we had undeniably found ourselves in a swamp. A veritable, sodden, bug infested swamp. Not the optimum terrain for racing bikes! Swatting at swarms of mozzies, we picked up our bikes and soldiered on, as the idea that we were being a bit stupid filtered past the testosterone.

Wet, bitten and lost we decided to make a 90 degree turn, hoping to find our originally intended path rather than conquering the rest of the swamp. Back through a forest, over fallen trees and through brush, we eventually found an abandoned shelter and followed the overgrown adjoining path to….. yup, where we started. Not a high score on the navigational skills and a lesson learned. Just not sure if the lesson was “turn back when you are going head first into a stupid situation” or “push on because you’re bound to find some fun”.

The inevitable Uwe flat tyre only slightly slowed us as we did our best to make up time. In fact, we only stopped once for the undoubted draw of more sausage and a couple of local beers at a quaint village May Day celebration complete with flags, poles, slightly scary uniforms and odd dancing. Much like home then.

Up, up, up a hill we pedalled for 10 km or so until, eventually and thankfully, we reached the peak and, crouched down, used every inch of kinetic energy to surge at over 50 kpmh down the slope. Awesome. A bit further and then with glee we sighted the scores of harbour cranes that introduce Hamburg.

Ugly, but impressive in scale, we cycled through the giant docklands, over spanning bridges and past piping industry. We were nearly there. An extra sprightliness invigorated the legs, a grin broke across my face, my wheel caught in a tram track, I hurdled head over the handle bars, Dave swerved and ate tarmac. Not clever. 440 km complete, a couple to go and we crash. Luckily for me a tuck-and-roll out of the fall left me with only a few scrapes, but Dave took a bit of a beating. A big bugger of a bruise, only a modicum of whining and some interesting shaped handle bars.

What to do? What else, jump back on the bike and find the beers. Through a tunnel under the mighty Elbe and we had arrived. St Pauli, Hamburg.

More excellent travel writing by James Sinclair on his blogsite. 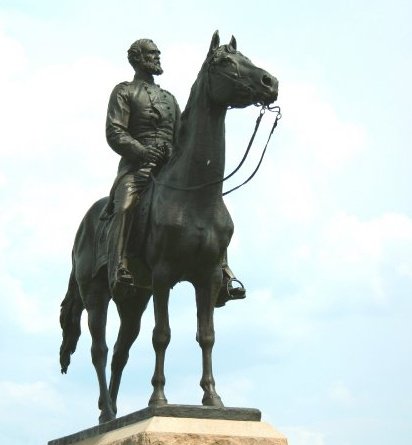 Meeting the ghosts of Gettysburg 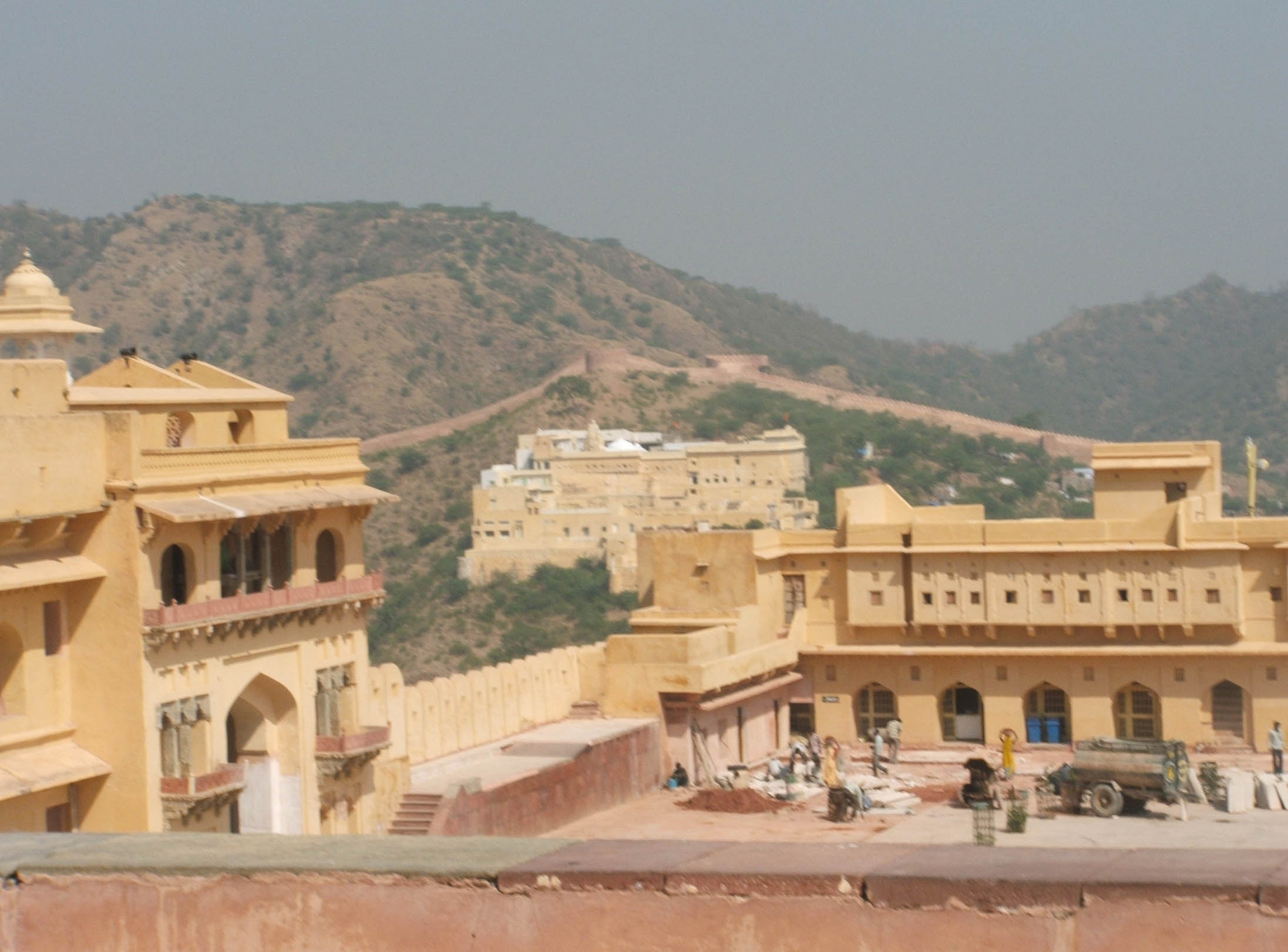 Monuments and sarees: a tour of North India