If the Grand Canyon ranks as one of the greatest natural wonders of the world, rail tours are surely one of the easiest of ways of getting you and the rest of your family right to the canyon’s edge – and in complete comfort, too. What could be better?

And there’s nothing to match the power of the fleet of impressive vintage locomotives making up the Grand Canyon Railway taking you there and back. Each locomotive engine has been restored to its original state by a team of expert mechanics. The train’s cars have also been restored, too, adding to the authenticity of an incredible railway journey.

On the journey itself, which departs daily from Williams, Arizona, and heads north, taking just over two hours from station to canyon rim, the train crew adds to the uniqueness and atmosphere of the occasion by relating all manner of historical facts and folklore. There’s also an old fashioned shoot out and a train robbery thrown in for good measure – all adding to the fun and excitement of this amazing railway experience!

Words seem barely adequate to describe the Grand Canyon, situated in the northern part of Arizona. With sheer vertical sides carved by the Colorado River, it is largely contained within the Grand Canyon National Park. The park itself is the 15th national park in the United States. Indeed, much of the area’s popularity is down to no less a person than President Theodore Roosevelt, a keen hunter who visited many times and who was instrumental in ensuring the canyon’s preservation.

The Grand Canyon measures 277 miles long and in places is up to 18 miles wide. It reaches an incredible depth of over a mile. Looking at the spectacularly exposed geological layers reminds visitors of the unbelievable passage of time – amounting to nearly 2 billion years. Little wonder many come away feeling rather unimportant in the scheme of things! Native Americans have sheltered in the canyon for thousands of years, building settlements and living in its many caves. The Pueblo looked on the canyon as a holy place. In 1540, the Spaniard García López de Cárdenas was the first European to see the Grand Canyon.

There’s another natural icon synonymous with northern Arizona, the Barringer Crater. At least that’s what scientists call it, in honour of Daniel Barringer who was first to suggest that it was produced by meteorite impact. Located about 40 miles east of Flagstaff, near the small town of Winslow, most people know it simply as Meteor Crater.

The crater got its name not because it was formed by meteorite impact some 50,000 years ago, but due to the fact the nearest post office, located at a rail road flag stop five miles north of the crater, was actually called “Meteor”. Strange but true!

Travelling at a speed of 26,000 mph, the meteorite is estimated to have weighed 300,000 tons, exploding with the force of 2 ½ million tons of TNT. That’s the equivalent of about 150 atomic bombs of the size that destroyed Hiroshima at the end of the Second World War.

Way off the beaten trail on Colombia’s Pacific coast 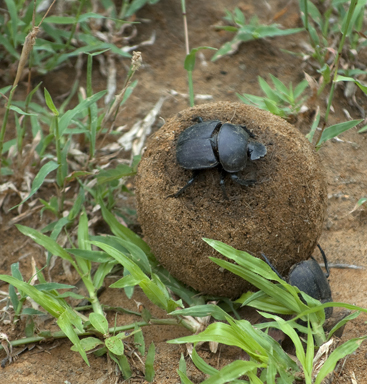