Everyone says that Rajasthan is an over-sold destination or that Pushkar fair attracts visitors more than one would imagine. These get reiterated in most people’s reaction, when you tell them you are heading to Rajasthan. But I could see the reasons behind these lines, after my recent week long trip to the sand dunes of Pushkar.

Visitors go to Pushkar or Rajasthan, because of its unassuming aura and not necessarily due to the over-selling of this place. This little town, its people, its vibrant colors, the sand dunes and the fair grows on you, during the time you are here. By the end of the trip, the camels will certainly become a part of your memorable frames and I am sure, it will remain in mine for time to come.

The camels here had a tale to tell…

Being the ships of the deserts, camels are the lifeline for the desert people helping them as major mode of transportation. Aloof by looks, they seemed as loyal animals keeping their owners and the visitors happy – strong and willing to toil hard endlessly without a wink-of-an-eye. It was news to me when the young lad giving us a camel-ride home, told us that a camels do not shut their eyes, even at nights. In his words, camels do not sleep! Trading camels and cattle, was the main purpose behind the Pushkar Fair that started years ago. It intended to attract local traders to do business during the holy Karthik Purnima (full moon) day of the Hindu lunar month. Farmers who could not afford their camels used this fair as an avenue to sell them. Sellers and buyers looking for good stock of cattle and camels gathered here from various parts of Rajasthan. With time, the Mela has transformed. Today, it is the largest camel-fair in the world and thousands of visitors come in for this fair in particular (around 200,000 people visited this year on the final day.)

Camels undoubtedly were the cynosure of all eyes – the sand dunes are infested with camels as far as the eyes can see. The bedecked camels (with embroidered and mirror fitted accessories and clothes) were either taking visitors on a desert Safari (ride) or were busy competing with each other in the camel races or contests like musical chairs. These races are a major draw at the Mela. Interestingly, camels even had names painted on their long necks – Raja, Bashti, Ekla, to name a few. Somehow the camels seemed to be on an eternal competition – either for being traded for a good price or for trying to win the race. Frankly, the main character deserved a better treatment was my thought. Do camels have breeds? Of course – the white one was a Sindhi, while the brown a Marwari; both these are names of communities of people in India. India once prided itself for having the third largest camel population in the world, with over a million camels. But this main character of the Pushkar-stage-play has reduced by more than 50% over the last ten years.

A young and healthy camel can be bought at Rs. 25,000-40,000. Wealthy farmers buy camels from the poorer farmers who are unable to maintain them and give their animals away with a heavy heart. Farmers use that money to buy grains and feed their children instead. A farmer from a nearby district of Nagaur, had got his two camels which he had reared for more than 20 years, like his own children. But now he had decided to sell them, as he could not feed them any longer. With no rain in their village and price of camel fodder being Rs 6 to 8 per kg, he could not buy 20-30 kgs of fodder for them every day. He was planning on abandoning them at the fair ground if he was unable to sell them. This way, he hoped someone would keep them for free and feed them so that they live.

The lad on the ride told us that a horse at the fair is sold at close to a lakh of rupees. To me, it seemed unreasonable that the camel, the lifeline-of-the-desert is so under-valued, compared to a horse. People depend on camels for their livelihood, yet the bias towards the horse was evident. This year, with the economical slowdown, the camels were sold at even lower prices (between Rs 10,000-22,000). How then are the farmers expected to get their camels worth?

We had read that camels can go without food for days on end. But that’s not true. They eat when we do. Usually a camel requires 10-20 kg of feed a day. According to the young boy, the farmers need to use half of their daily earnings on feeding their camels in order to maintain them. So who said, camels don’t need food? With the camel’s price reducing due to the drought in many districts; it implied lesser money in people’s pockets in a year when camel feed has become dearer. It was pretty disheartening to hear these at the Mela from different people.

If Pushkar fair is an over-sold initiative and thousands of visitors come in each year, it’s helping the Government in making some good revenue out of tourism. In spite of this, there is no visible change to the lives of the farmers and their children. How is the increased tourism helping? Farmers walk miles from neighboring districts to Pushkar in the hope of selling their camels. But they need to spend money to sustain themselves and the camels at the fair-grounds in a shanty tent or through other means. They are hard pressed for cash, especially if their camels do not sell. Some of them take the camels back, while some of them leave them behind. Education for children seemed a distant reality…a child, Rekha who ran behind me on the dunes requesting she could pose for a picture for a paltry 10 rupees, told me she will use it for her studies. She wants to study but she is unsure if her parents could afford it. What happens to these children’s future? To me the Pushkar fair definitely seemed colorful, but behind this veil of color was hidden the story of the camels and the difficulties faced by hundreds of people in the desert. Do we, as visitors notice them?

Perfect Puerto Rico – all the better beyond the beach 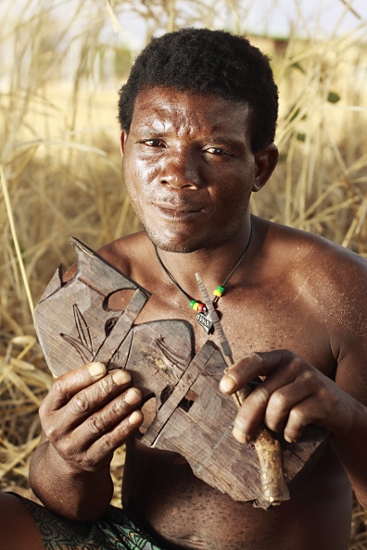