I wandered over to the man standing outside the yellow coach that belonged to the Liechtenstein Bus Company. I asked him whether it was due to depart anytime soon for Vaduz. He looked me up and down while taking a deep drag of his cigarette and then he sighed.

Five minutes previously, I’d arrived in the Swiss border town of Sargans after a pleasant train ride from Zurich and now wanted to take the first bus to Vaduz, the capital of tiny Liechtenstein, the sixth smallest country in the world. The man regarded me again and then looked at the coffee in my hand. “Nein coffee!” he said, shaking his head. “Nein coffee on ze bus. I leave in ten minutes.” Bloody hell, I thought, I’d just met my first Liechten Swine. Liechtenstein, sandwiched between Switzerland and Austria, is one of the richest nations on Earth and yet not many people have actually heard of the country, making it quite an elusive destination for the discerning tourist. With it being only one and a half hours from Zurich, I was looking forward to visiting its capital.

The border crossing went without incident and merely involved the bus traversing a gushing river which I later found out was the Rhine. The first Liechtenstein town we came to was Balzars, featuring a mightily impressive castle stood on top of the high hill. After seeing that, I had high hopes for Vaduz and I sat back with my fellow passengers as we twisted our way up through some decidedly Alpine countryside.

Liechtenstein was a German speaking country that used the Swiss Franc as its currency. I also learned that it was once part of the Holy Roman Empire, that is until Napoleon took over. Nowadays though, it’s all a bit less exciting. In addition to its well-established banking sector, Liechtenstein is a famous manufacturer of false teeth, and astonishingly is the world’s biggest manufacturer of sausage casings! I left the bus with these pieces of trivia rattling through my brain and took stock of my location. I seemed to be on the main road through town, and so consulted my map to work out exactly where I was.

The weather was not in a kind mood for my day of sightseeing, being overcast, but despite this, I could still make out the city’s most prominent landmark, Vaduz Castle, perched high in the hills. I would visit it later but for now I turned tail and headed south. Vaduz Cathedral, a magnificent gothic structure with an impressively tall spire, was where I was heading. It looked like the tallest structure in the city, but then I came to the conclusion that calling Vaduz a city was like calling a fairy cake a gateau. With a population of just over 5000 people, it was more of large village. But like many a fairy cake, it was decidedly pretty; the cathedral in front of me proving this point.

After managing to open its large wooden doors, I totally misjudged how heavy they were and the resulting clang when they bashed against their casings caused the few patrons inside the cathedral to turn and stare at me. I smiled apologetically, inwardly wincing. I could still hear the echo reverberating through the quite gorgeous interior, and after a short while of silent contemplation, I left, vigilant at closing the doors softly behind me.

Just next to the cathedral was another striking building, this one the Government Building of Liechtenstein, featuring an impressive coat of arms and some pointy turrets. In contrast to other government buildings I’d seen, this one had no security guards or policemen in attendance, but it did have one of those fun trains that are popular with tourists driving past it. As I watched, the train made its way along the pedestrian-only Stadtle Street, packed mostly with Chinese tourists. They were everywhere, taking photos of each other in the most random of locations. One Chinese woman was taking a photo of her daughter beside a standard-issue bench. Another woman was taking a photo of her kebab and further along a man was attempting to take a snap of his wife jumping in mid air. Mind you, a lot of them were also taking photos of worthy things such as the Liechtenstein Centre, a tourist establishment selling all sorts of touristy things, but especially Liechtenstein postage stamps and Liechtenstein passport stamps. The latter could be arranged for a small fee as a tourist memento. Though trite, I paid my three Francs and the kindly woman duly stamped my page, chronicling my arrival into my eightieth country.

Stradtle was also lined with bars and restaurants (and the kebab shop) together with tourist shops selling postage stamps and locally-produced wines, flags, cups, key rings and everything else a tourist could possibly want. Opposite was another fine building, this one City Hall, or Rathaus, an arresting building with a trio of horse statues in front of it. It was most popular with the Chinese contingent, and I pondered whether to mount one of the horses for their amusement (to do an impression of Clint Eastwood complete with whipping gestures) until my sanity returned.

After a kebab of my own, I decided to tackle the trail that led upwards towards Vaduz Castle. Within seconds of stepping onto the cobbly path, I was panting like a sex fiend. The gradient hadn’t looked too bad when I’d spied it from between a couple of street restaurants, but now that I was on it, the incline was hellish. Thankfully at choice sections of the winding pathway, benches had been placed, which was just as well because I was in danger of collapse. Making a show of looking at the buildings below for the benefit of my fellow hikers, I sat down and tried to control my spiralling pulse rate. Vaduz Castle was not actually open to the public; that much I knew, but I still wanted to see the official residence of Prince Hans Adam II, the sixth wealthiest leader in the world, up close. As I traipsed upwards after my rest, I read that the Prince also had two other titles – both of which I thought were far superior monikers. The Duke of Troppau sounded like someone who wouldn’t stand any nonsense from his minions, perhaps dispatching enemies with poison. The other, the even better-sounding Count of Rierberg, made him sound like a villain from an Agatha Christie novel, and almost certainly a cad of the highest order.

The trail eventually led me to the 12th century structure and it looked very castle-like, all turrets, towers and quite possibly, torture chambers. As I stood staring, catching my breath, I could easily imagine medieval archers taking aim, or molten lead being dripped from the fortifications, and it was exactly the type of castle I’d have wanted had I been a reigning monarch of a tiny Alpine country. And like the Government Building of down below, the castle didn’t have a guard or policeman in attendance. In fact, the only thing stopping a tourist from touching the walls was a No Entry sign.

My last remaining sight of Vaduz was one that I almost didn’t bother with because it involved another quite long walk. This would’ve been a real shame because it turned out to be a real highlight of my visit to Liechtenstein.

Ignoring the museums and crowds, I headed away from the city centre towards an area known as Mitteldorf, a residential area full of quaint houses, vineyards and beautiful flowers. This part of Vaduz was conspicuously free of tourists, and I felt glad I had the place to myself because it was a picture perfect Alpine setting with the best view of the castle so far.

Half an hour later, back in the centre of town, I decided to seek out some Liechtenstein beer. This was easier said than done because none of the restaurants and bars seemed to sell it. Confused, I entered one of the tourist shops to ask an assistant for assistance.

“Liechtenstein beer?” answered the bemused girl behind the counter. “I’m not sure Liechtenstein has its own beer…?” I told the young woman that it did exist because I’d read about it on the internet. Thankfully, she didn’t give me a look reserved for the pathetic and instead suggested I try Cafe Wolf, just across the way. “If anyone has this beer you speak of, then I’m sure they will.”

And by God, she was right! The waiter soon brought me a bottle of Brauhaus, Liechtenstein’s finest (and only) ale. I was soon savouring its taste as I pondered my day trip to Vaduz.

The town had actually turned out to be bigger than I’d expected. True, there wasn’t that much to actually do, but for a country without an airport or even a train station, it wasn’t doing to badly for tourists. I looked up at the castle and smiled. Even in the clouds it looked impressive and I wondered whether the Prince was staring down. I headed back to the bus happy and content; Liechtenstein had been fun.

Strengths:
-The Castle, Cathedral, Radhaus and Mitteldorf Quarter
-Ease of getting there from Zurich
-All the sights are walkable
-Mitteldorf district

Weaknesses:
-Not much to really do, unless you like stamp museums
-If the weather is not on your side, you won’t see the mountains

Jason Smart has now published The Red Quest, an excellent book about his travels through the ‘Stans, now out on Kindle – where it appears to be free.

Is Thailand getting tired of tourists? 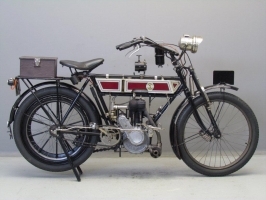 Summer, 1911 and a motorbike ride across England