It takes two minutes for the taxi driver, Jerry, to offer me drugs. We have been in Jamaica for twenty minutes. We arrive at our hotel, an all-inclusive hotel in Montego Bay, which pretty much means sub par food, beach access, and all the Red Stripe you can drink. With Red Stripe in hand, and Bob Marley playing all around us, we tour the grounds in search of the mini-golf course only to find that the mini golf has not been played since Arnold Palmer was still winning majors. Instead we elect to have a couple more Red Stripes and some of Jamaica’s famous jerked chicken. It is quickly apparent that the people who come to Jamaica do not leave the resort. We go against the grain and venture out to Gloucester Avenue, the local strip, where we find our first Jimmy Buffett Margaritaville, a deserted bar and restaurant with incredible views, Bob Marley music, and strong Margaritas. After, a look at the menu at Marguerites (a restaurant next door), two more propositions for drugs, and a move on to The Twisted Kilt, a pub that serves everything from local dishes to pizza as well as Margaritas and Red Stripes. Both are consumed liberally. The Bobsled Café is a bar based on the John Candy movie Cool Runnings. The movie runs continuously inside, outside we consume Red Stripes, vodka, and watch a dance party break out on the streets. Next store is another bar with no name that we just call The Rasta Bar; a small room upstairs playing Bob Marley music, where you are offered many drugs and given a surprised look when settling on Red Stripe. Across the street at The Blue Beat, a blues bar that advertises live music we are disappointed to see that the live music is only a concert shot on a movie screen. We consume one glass of champagne, wonder where all the people are, and call it a night. Apparently jerked chicken spices and forty-seven Red Stripes do not sit well because it takes a full two hours before I am able to move the next morning. Once ready, we head to rafting on the Martha Brae River. An hour and a half jaunt led by a local known as a raft captain (his actual name was Cleve); it’s a time to sit back and enjoy the scenery, with Red Stripe in hand. Run out of Red Stripe? No problem mon! There are many locals along the way that will come out into the river to offer refills.

Back at the hotel, drinking a Red Stripe at a tiki bar on the beach, it’s a cool 72 degrees, not exactly lay out and fry weather. We decide to leave again, this time road tripping to Negril. We hire a taxi driver named Francis. There are three things you need to know about Francis, first he keeps a bible in the back seat of his taxi, second, he listens to gospel music (this is the only place where Bob Marley is not playing in Jamaica), and finally, each girl that he comes in contact with he will hit on relentlessly, bordering on harassment. We stop at a local bar/restaurant along the way called the Travel Halt. We all order Red Stripes and relax in an open space, in front of a gift shop. First stop in Negril is Jimmy Buffett’s Margaritaville. A quick Margarita at the tiki bar on the beach, four separate drug dealers offering dreams and highs, a walk on seven mile beach, a Red Stripe, two listens to “Jammin”, and we are off to our next stop, Rick’s Café. We watch the sunset, people jumping off a cliff into the ocean, have several Red Stripes and then are back in the car with Francis, heading back to Montego Bay. Back in MoBay, as the transplant locals call it, another stop at Jimmy Buffett’s and The Bobsled Café followed by a night cap of Red Stripes at a local Jamaican Mexican joint called fittingly: JaMexican. It is here we meet a confused couple (she is a self labeled “cougar” at thirty years old, he is a straight man working in the airline industry and not a pilot) and a guy from Boston who measures life by how many weekends you have left before you die (he estimated he had approximately 2000 weekends left). Despite this eclectic crew, the Red Stripes go down quite nicely, closing out day two.

The start to day three feels a little strange and then it hits you: It has been over seven hours since you last heard a Bob Marley song. Luckily, a sliding door leading out to a balcony is enough to hear the music off in the distance, feeding my new addiction. It’s time to move on.

We hire Deon, a taxi driver, to drive us to Ocho Rios. On the way we stop at a local bar and gift shop where we drink cold Red Stripes in the hot sun. Arriving at our hotel we are welcomed with chaos over the number of guests on our reservation and then oddly, despite being an all inclusive resort, are given plastic cards to be used in case we need towels, complete madness. After a few Red Stripes and a swim up pool bar where the bartenders all offer to sell me drugs we eat pizza and then it’s off to the city. We hire Dan to drive our taxi, he makes it easy telling us to just let our waiter know when we are ready to be picked up (more on this later). First stop is predictably Jimmy Buffett’s Margaritaville, again, Margaritas are consumed and then we stop off at Oceans Eleven, another deserted bar with cold Red Stripes and beautiful view of the ocean. The conversation continues to be dominated around the topic of deserted bars and empty local establishments. Dinner is at Evita’s, a local Italian restaurant, two hundred yards at the top of the hill with wild dogs walking around. On the way to the restroom I notice a closed door that appears to lead a back door casino. Wine and a dish called the Rastafarian Lasagna are consumed, along with more wine. After eating we are joined by a local Rasta Man who plays his guitar and sings Bob Marley tunes for the next hour. While enjoying the show and after dinner Red Stripes our taxi driver, Dan, is looking for us, but can’t find us. Eventually we ask our waiter to call our driver. Dan appears a minute later, saying he has a car load of others that are going back to the hotel with us. In the car is a group of stoned men throwing up gang signs. We sit in the front of the taxi van; Bob Marley is playing on the radio. At the hotel a Jamaican Michael Jackson show is taking place. In the back we sip Red Stripes and watch the show that is surprisingly good. We later get up close to get pictures, and even later see the pictures, noticing the face of the Jamaican Jacko that can be described only as chilling. The image requires two more rounds of Red Stripes. Sometimes it’s best to forget right away.

Our final morning is spent at Dun’s River Falls. Again, we negotiate a price with our taxi driver Dan to take us. Once we arrive he strangely tries to get the park to open early for us (we were fifteen minutes early), of course they decide to open the park at the normal time. At the falls we meet Marcus who is a tour guide and someone I would consider shy given it took a full twenty minutes before he offered to sell me drugs. Traveling back to the airport we blow off Dan (we had had enough of his strange vibe) and have taxi driver Roxy take us. Along the way he explains a lot of the drug trade and rules in Jamaica (illegal, but okay to sell to tourists), and how Jamaicans will build their houses very slowly, one wall at a time, depending on when they have money available.

In our gate area, we start to board; this is when I notice the Red Stripe gift shop. I quickly jump out of line, and grab a T-shirt. Sometimes you just can’t remember unless you’re wearing the shirt.

We never did find all of the people; then again we never checked the resorts. 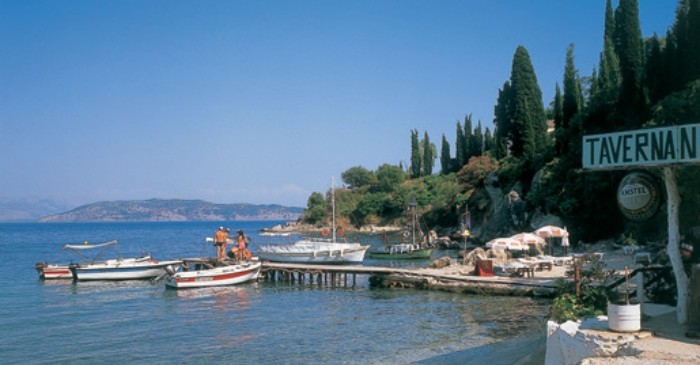