Nothing prepared me for the unrelenting beauty of Big Sur, a lengthy chunk of wild coastline 150 miles South of San Francisco.

Here America crashes into the Pacific. Mile after mile of rugged, jutting cliffs plummet into the foaming ocean. Below, whales migrate, seals bask on the golden beaches and brown pelicans skim across the waves. Above and behind, the cliffs fall back into steep undulating valleys, cut by crystal clear streams and lined by the tallest trees in the world, the giant redwoods. An incomparable place.

Into the cliffs is cut Highway 1, a winding, precipitous road which gives with every corner. Vista after vista after vista. This was laboured into the unforgiving landscape over a 20 year period and needs constant maintenance to counter nature’s lashing rain, bashing waves and the resultant landslides. Along the road lie a few lodges, a sprinkling of “local” locals, but little else. Inland from the road is true wilderness for 50 miles. It says a lot for the vastness of the USA that such a place can exist on the coast of California, the country’s most populous State. Big Sur is a place where everything slows down. No mobile phone reception. No internet. No TV. No crowds. No street-lights. No stress. That constant niggling buzz of modern life dissipates, a weight lifts off your back and you feel relief. Your senses emerge from over-stimulation and, to their delight, heighten to the nature around you. The waves, the wind, the rustling trees, the river burbling over pebbles and an array of squawks from the air.

We stayed for two nights in small log cabins, one nestled by the Big Sur river, the other on a hillside complete with roaring log-fire. Each morning we woke with the sun to trek up into the forested valleys and down to the cliff hemmed beaches, each part of a National or State park and invariably manned by a “super friendly” ranger.

The weather is a major player here, one minute shrouding the cliffs in mist, at another breaking open to glorious sunshine. In between rainbows burst out across the valleys. Just such a phenomenon provided us with our quintessential Big Sur moment. Half way up a steep hillside as we came to the end of a trail we popped out on to a ledge to catch a view. Before us the land poured down to the ocean in a steep “V”, crossed by a vibrant rainbow. Taking a moment to draw in breath and the wondrous scene, the eye was drawn to a large bird soaring on the thermals over the hill. Closer and closer it came until, shit, could that be a Californian condor, the largest land bird in North America? It certainly was huge. On the other hand it could have just been a damn big turkey vulture. Either way, to complete the moment, it swooped down and right through the rainbow.

Henry Miller wrote that Big Sur is “the face of the earth as the Creator intended it to look”. I am not religious, but I can see what he was getting at. 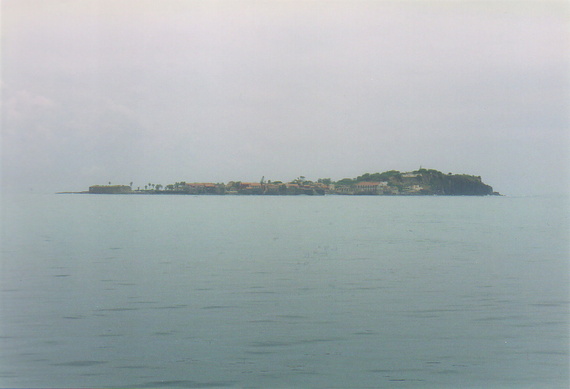 The brighter side of Senegal: Dakar’s Île de Gorée

700 tourists for each resident: Christiansø Island