I toyed with the idea of going to Cartagena, Colombia, to learn Spanish and salsa. I mentioned my wishes to a number of friends who became quite animated in teaching me a few phrases they imagined I would soon put into practice: “No me toque! No me ataque! ( “Don’t touch me! Don’t attack me!”) I tucked these phrases in the back corner of my mind, hoping I would never need to use them. Indeed, I never needed them. Instead I mastered a few phrases much more applicable to Cartagena, all centering around amor (love), belleza (beauty), and aventura (adventure). I began my love affair with Cartagena by carefully selecting my rendezvous particulars. If I were younger, I would have opted to save some dinero by staying in the Getsemani area. It overflows with hostels, cheap eateries, discos, and gringos. Desiring a bit more sedate atmosphere, I decided to spend more and stay at Casa Abril, a Bed and Breakfast inn in the San Diego barrio. While my room was small and the breakfast was malo, the location and the owners were fantastic. Juan Valdez was only a few blocks away for scrumptious breakfast delights to take care of any desayuno cravings. Beautifully, bougainvillea draped Casa Abril’s balconies, and romantic music flowed throughout the patio area. If money were no concern, I would have chosen Hotel Santa Clara, a seventeenth century jewel built within the walls of a convent. Definitely, I would steer away from the massive cracker-box high rise hotels of Bocagrande. They remind me of a downtrodden Miami Beach. One needs to be in the old section of town to embrace its charm and feel the essence of “Mi casa es tu casa.”

Cartagena easily sweeps its visitor into a rendezvous. Perfumes of flowers mingle with freshly cooked foods. Located just a few doors down the street (Calle Quero) from Casa Abril is La Mulata, a cheap and authentic restaurant. Try its fresh juices and meals of the day, served until 3 pm. The fresh fish offerings are especially delicious. Snack bars and street vendors dot the city. Especially worth sampling are arroz con coco (rice sweetened with coconut) and buneulos (deep fried maize and cheese). Kitty-corner from Juan Valdez sits a bakery. A great lunch combines a drink from Juan Valdez accompanied by fresh bread oozing with melted cheese from the bakery. Take this to the adjacent park, plop on a bench, and if you’re lucky, dancers and musicians will surround you to cast their Cartagena spell of magical love.

Beauty and Cartagena seem synonymous. The city’s cathedral has a fort-like appearance. Except for its tower, the church has basically preserved its original form with a beginning construction date of 1575. Even older, dating back to 1552, is Santa Domingo Church. Its lofty interior beckons its visitors to the baroque altar, with its legendary figure of Christ carved in wood. A twenty minute walk from Tower de Reloj (Clock Tower) or a $1.50 taxi ride is Castillo de San Felipe de Barajas. It claims to be the greatest and strongest fortress ever built by the Spaniards in any of their colonies. Tunnels beckoning to show off their acoustics zigzag to strategic points, enabling distribution of provisions and easy evacuation. Beautifully, the sea spreads out below on one side and the old city on the other. Imagining oneself to be in a pirate attack, one can drape over cannons or pose in towers. Afterwards, pay a visit to the Museo Naval del Caribe for boat models and pirate displays and Palacio de la Inquisicion to taste of the struggles of holding on to one’s beliefs in early days of Colombia. A hop-on-hop-off bus provides a good overview of Cartagena, especially to sites beyond the old city. However, strolling the many streets and alleys of El Centro and San Diego barrios is the recipe for falling in love with the city. It’s easy to get lost and find oneself again. Shops and street vendors will display everything from Botero’s prints of plump Colombian families to sombreros to emeralds. Colorfully clad dancers will break into song and dance at town plazas, simply asking for applause, smiles, and a small donation. The beautiful Teatro de Heredia holds many concerts of international fame. Angel mosaics decorate the theatre’s ceiling, as if bending down from heaven to listen alongside the concert-goers to celestial music.

Cartagena knows adventure well. Visitors can jump on a chiva, a colorful Colombian bus, for a night trip. A band will play and the bar will be open non-stop. At the end of the tour, a disco beckons those who are still up to more partying. A one-day trip to Islas del Rosario, an archipelago about 35 km. southwest of Cartagena, provides a good way to swim, snorkel, visit an aquarium, and ward off a constant barrage of peddlers. Budget hotels, street vendors, and dockhands sell tickets for the trip, offering boats of different sizes and prices. For a more tranquil get-away, I recommend paying more and booking with Adventure Colombia, located at Calle del Santissimo No. 8-55. Their fast boat will speed off to Playa Blanca on the Isla de Baru. Its sugary sand gives way to silk-like warm water, perfect for swimming and snorkeling. Afterwards, treat yourself to a massage, a hammock, and lingering dreams of paradise. Another great day tour, again easily purchased by street vendors and tour agencies, is Volcan de Lodo el Totumo. About 50 km outside the city, sits a 15 meter mound, a dormant volcano. Instead of lava and ashes, it spews forth mud. It is lukewarm and cream-like. Visitors climb into the volcano, float in the mud, have locals massage them, and laugh until loco. Other locals take photos, ready for purchase, when visitors ascend from the adjacent lagoon and marvel at their restored cleanliness. It is best to book a tour that includes a beach-front lunch. Here, one will see extended families frolicking in the water, devouring picnic lunches, offering massages, and selling hand-made jewelry. Cartagena would not be complete without language and dance. The Spanish is generally clear and easy to understand. A language school in the Getsemani district is Nueva Lengua where one can brush up on idioms. Students generally approve of this school, though its class size often reaches eight students. A better choice is Babel, located in San Diego barrio. It is rare to have more than three or four to a class. My class dwindled down to two students the final week, and our teacher, Juliette, was superb. Volunteer projects in or close to Cartagena are in their infancy. Babel had set us up with Ninos de Papel, only to discover that they required a three month commitment. Since my return to the states, the school has notified me that another organization is more conducive to short-term volunteers, but one does not find willing and able volunteers telling glowing stories of interaction with locals in need. Back to the positive, Babel combines with Crazy Salsa so dance instructor Oscar and his group teach different levels of salsa in the late afternoons. Definitely, here “Baile conmigo!” replaces “No me toque!” After just a few sessions, the hips coordinate with the feet and amateur dancers can thoroughly enjoy their visits to the nightclubs Donde Fidel and Café Havana.

To culminate a visit to Cartagena, one should visit Tayrona National Park. Located about six hours away via shuttle van, the park embraces the Caribbean coast to the foot of the Sierra Nevada de Santa Marta. If you want sandy beaches, Tayrona has them. If you want archeological remains, Tayrona can be the source. If you want swaying palm trees dancing in the background of coral reefs, Tayrona is a must. If you like campsites already set up for you with restaurants only a stone’s throw away, Tayrona can’t be beat. And if you desire deluxe accommodations, Tayrona will amaze you, especially with the bed and breakfast inns Barlovento and Palomino. You can book transportation, hotel accommodations and a bi-lingual guide through Cartagena’s Adventure Colombia or Santa Marta’s office of Finca El Paraiso or Bacuru for camp sites. In Tayrona, you will share the beach with donkeys, munch on treats alongside monkeys, sway in hammocks on rocks above the beach, marvel at ant colonies serving their queens, and pose like Tarzan and Jane among tangled tree branches. Indeed, Tayrona blends together well Colombia’s best of love, beauty, and adventure.

Spending three weeks in Cartagena and its surroundings taught me some new Spanish phrases and great respect for Colombia. Gratefully, I never had the need to use “No me toque” or “No me ataque.” Instead, I did learn well, “Venga a Colombia. Claro que si, es un pais de amor, belleza, y aventura.” 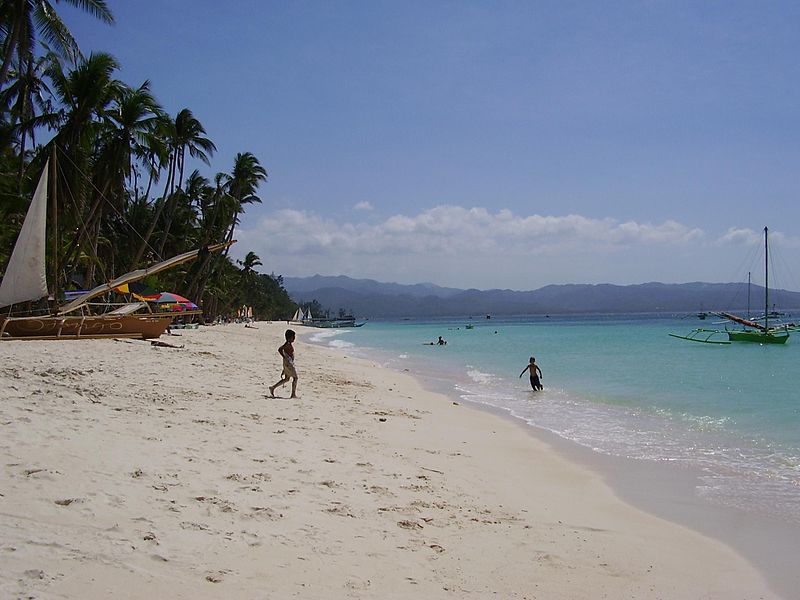 Fun in the Philippines on the beach at Borocay 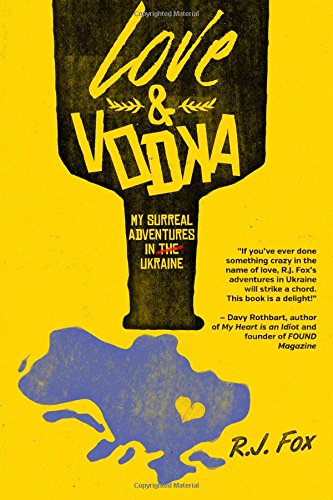