On a whim, and inspired by airline credits on the verge of expiring, my girlfriend and I booked a trip to the Philippines, including several days on the island of Boracay. While she is adventurous and has a relentless bug for ‘exotic’ travel, I’m a little tamer when it comes to choosing vacations. But, fortunately for me, my skepticism (and anxiety) was unfounded. In short, we had a blast, and for both of us our time on Boracay was the highlight of the trip.

While our journey from Manila to Borocay could fill up an entire piece in itself, I’ll just say that it was very interesting. Instantly, upon arriving on the island, we noticed that it felt very secluded, even for a tiny island. Not surprisingly, it felt like we were on a different planet after spending two days in jam-packed Manila, which is 3000 kilometers away. Boracay is just seven kilometers long. This allowed us to see pretty much every inch of the island in the few days we were the. It’s just off the northern end of Panay, a larger island in the Philippines.

While typically not a beach person, I loved the beaches of Boracay. The gorgeous white sand coupled with the emptiness made for a totally different experience of going to the beach than I had ever experienced. Without even knowing it, we spent 3 hours at dusk on the second day sitting on the beach completely transfixed by the beauty. In the daylight hours, you can see that the water is a deep turquoise and when combined with the clear blue sky creates a pretty idyllic scene. The seclusion of the beaches, the natural beauty, and the perfect weather (it was between 75 and 80 with low humidity during our stay) make it a pretty amazing experience for anyone that’s looking for a slightly more exotic take on a beach vacation.

During the daytime on our second day, we did some pretty typical resort vacation type activities, that were actually way more fun in Boracay than in the US. We were staying at a fairly fancy resort and they offered jet skiing. Since it was right outside of our hotel, we couldn’t resist. While we felt slightly guilty for spending the extra money, and for not doing something more ‘exotic,’ it was great. The clear blue water and the sun were perfect. Also, while my girlfriend relaxed on the beach, I went and checked out the Fairways & Bluewater Golf Resort. I didn’t actually have time to golf, but the course had some of the most dramatic and beautiful vistas I’ve ever seen anywhere, let alone on a golf course.

While we were on this trip, we definitely wanted to go out at night. In Manila, we felt a little suspicious about doing that, just because we weren’t familiar with the city, it was big, and we had no idea where to go. But, in Borocay we felt like checking out the nightlife. To our surprise, there were several dance club type venues, but we settled into small beach bars each night and ended up having a great time. To give you an idea of what the beach bars were like: One night, we ended up seeing a great band, all locals at a place called the Red Pirates Bar. The band was two guitar players and a percussionist, playing all covers of American and British rock bands. It was just kind of funny to be in such an exotic locale, and end up sitting in a bar listening to a band play “Wild Horses.” Everyone made us feel welcome, and we even had a few drinks bought for us.

To summarize, Boracay was amazing! I was skeptical, my girlfriend was excited, but in the end we both had the best vacation of our lives. If you’re considering it, make time and do it!

Jeffrey Fields is contributing writer for Island Trader, which sells tropical island gifts, including coconut and bamboo candles. When he’s not writing or working, Jeff likes hanging out with Monk and Norman, his two black labs, and playing acoustic guitar on his porch. 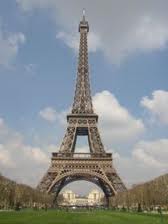 Pissed off in Paris: an American at large