I can now say with the utmost sincerity that I believe in love at first sight. However it was not a man that captured my love at an initial glance; rather it was a place. The place was Ireland.

Having grown up in British Columbia, I became a bit of a snob when it came to geographical beauty. Surely there could be no place on earth as beautiful as BC. But it was more than the breathtaking beauty of Ireland that captivated me so deeply. As soon as I began looking out the window of the taxi that took me from the airport through the streets of Dublin to my hotel, I couldn’t help but feel a sense of familiarity and ease. If only there was magic to slow down time.

The people! The amount of tourists walking around areas such as Grafton Street in Dublin and other parts of the country such as The Cliffs of Moher was astounding. I realize travel is an activity that is enjoyable to many individuals worldwide and people will always come up with the money to see their favorite places, but I believe Ireland is crawling with tourists because the Irish have a very welcoming presence.

They are friendly, charming and it is my personal belief that Ireland has provided the world with the sexiest men in existence.

I love Irish men. The man who I believe to be the sexiest alive hails from Dublin and that is Bono. Mix that with the charisma of the rest of the U2 band, the raw sexuality of Colin Farrell, and the smiles and swaggers I saw when talking and flirting with the Irish men and you have this woman’s idea of paradise.

I cannot put my finger on the exact time my obsession with Ireland began. I always knew I had some Irish roots but when I discovered just how much was flowing through me, there was an immediate sense of pride and a compelling feeling of wanting to learn more of the country that so many ancestors hailed from.

I began looking at images on the internet and buying books that contained pictures and stories of Ireland and its people. To me, it was all a fantasy. The pictures and words described a fairy tale land; a land of mystery and enchantment. It was almost as if the country didn’t exist, as though it were just a portal to another world.

I wanted for many years to travel to the island that I placed as #2 on my must see list of countries but wondered if I would actually ever get there. Like so many things I spoke of doing, was it just talk? Would I ever work up the courage to travel alone if I could not locate a travel companion?

One cold day in February 2011, I realized that yes I could travel to Ireland and I could do it alone if need be. In fact, I had to. The desire was growing too strong for me to keep ignoring and pushing away. So when I told my mother that I intended to travel to Ireland in the summer she asked if she could join me. I suspected that her want to fly to Dublin had more to do with not wanting her only child traveling solo but nonetheless her company was welcomed. It only took me a couple of days to realize had I traveled alone, everything would have been just fine. It was more than the friendliness and openness of the Irish people that made me feel making friends would not be such a daunting task. It had a lot to do with my attitude as well.

While there, a confidence was present that had not been for years. A confidence that had me feeling sexy, smart and interesting. I felt I could approach anyone with an air of self-esteem and ease.

My second day in Dublin I rode around in a sightseeing double decker bus. I marveled at the beauty of the city. It was a sunny day and I was viewing such unique architecture; brightly coloured doors on the Dublin residences, and buildings that were much older than most in North America but kept up with a sense of pride. I imagined myself as being a resident of Dublin and that fantasy brought me much pleasure.

Being a big city girl, Dublin was the locale where I wanted to spend the majority of my time but the day the most peace was felt was on a cloudy Sunday afternoon driving back to Dublin from Kilkenny. The tour coach was playing soft, traditional Irish music. As I listened to the beautiful music, I looked out at the passing scene before me and a tear came to my eye. Actually several tears came to them. I gazed upon some of the most beautiful scenery in existence.

It was at that point I realized all the pictures of Ireland that are online, in tour books and all other forms of media are 100% legit and true, not doctored or photo-shopped in any way. The country is truly as green and quaint as it is made out to be. It is no wonder that Ireland is so alive with tourism.

While in Kilkenny, I longed for more time. A few hours to walk around the historic town is merely a tease. Kilkenny is the perfect example of a European town and deserves much more time to display all its marvels. It was there while strolling down the main street and looking at the brightly coloured buildings lined up side by side; I realized I was indeed in Europe. All the towns and villages I was lucky enough to visit had their own distinct beauty and charm. The Ring of Kerry and all the surrounding communities were quaint and charming. I could have easily spent an entire day or two in each town. Killarney National Park was brimming with serene beauty. With more time afforded to me and perhaps some different company, camping would have been an activity that I would have enjoyed to partake in. I would highly recommend to anyone visiting Ireland to take the time to drive the Ring of Kerry. There are non-stop sights so your eyes will never be bored. They will feast upon the views of the Atlantic Ocean, wonderful towns such as Killarney, Sneem and Waterville and the green countryside containing cute farmhouses and cottages.

Although getaways to peaceful wildernesses and countryside’s are heavenly, when asked what part of Ireland I enjoyed the most, there was no hesitation. Dublin is one of the best cities I have ever had the pleasure of staying in.

What is there not to love? It is fast paced while still maintaining old world charm. It rains a fair bit but that is what gives the country its lush green landscape.

The pubs are just awesome. They are so different from the pubs or bars I have been to in Canada. They are cozy and everyone seems to be so happy and approachable. It is not just a cliché; they are filled with merry people drinking Guinness and the like.

I felt so much magic and awe while walking the streets of Dublin. I just loved it, plain and simple. I absolutely treasured the time I spent in Dublin and the rest of Ireland.

From the day I arrived back in Canada I have not once stopped thinking and dreaming of my Irish vacation. All someone needs to do is mention the colour green or talk about going for a beer after work and my mind automatically travels back to the Emerald Isle and I see a vision of myself in Dublin.

When I stop using my brain for just a moment and listen to the much more important organ that is the heart, it is telling me that I am not done yet. The desire to be in Ireland again is so strong that I am unable to ignore it.

The country is a part of me, it dwells within me. And until I can make my dream of returning a reality, all I need to do is close my eyes and I am home. I am in my Irish home and I feel peace and happiness.

Oh, and did I mention Ireland has the hottest men on the planet? 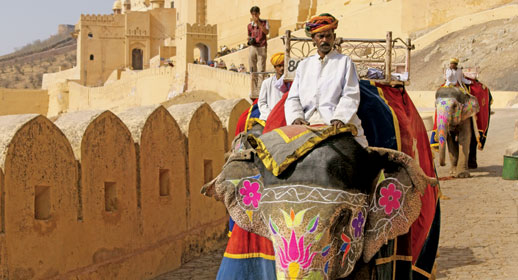