Having experienced cruises with the Princess Line and a few smaller Mediterranean-based companies, I was ‘tempted’ by what seemed to be a very ‘value for money’ offer.

That offer was…Return flights Gatwick/Orlando/Gatwick with Virgin Atlantic Airways…PLUS…three nights (B&B) at the Homewood Suites located on International Drive, Orlando…PLUS…a seven night cruise of the Caribbean on board the Carnival Glory in a balcony stateroom, departing from Miami.

Good eh? Should I take-up the offer? Would it be best to experience it first hand, so as to be able to pen an accurate report? I decided to do just that.

So, was it a very ‘value for money’ offer.

The answer…yes and no.

The flights ‘across the pond’ with Virgin Atlantic were exactly as expected – professional. So that’s a YES!

The Homewood Suites turned out to be even better than expected – large, fully equipped suite, a comfortable king-sized bed and a hot/cold choice breakfast buffet taken in the ground floor restaurant. That’s another YES!

The cruise? That turned out to be a definite NO!

The ship (a real biggie with 3500 passengers on board) had been named ‘Carnival Glory’. It did not take me long to search my vocabulary for a more apt name. I came up with two…the first, if published, would probably have me in front of a judge for libel…but my second, I’m not at all afraid to pen…it is, ‘Carnival Obesity’.

With such negativity about most of the elements of this so-called ‘luxury cruise’ swamping my brain, I’m not sure where to begin.

But I said I would, so here goes!

How about the Cabin?
Advertised as a Balcony Stateroom, with photographs on the Company’s website to add a visual impact upon potential clients. Let me describe the actualities.

Balcony.
Just big enough to take two small plastic, upright chairs and a tiny table between. No room for a single lounger, never mind two. No opportunity to relax with a G&T (or whatever your particular tipple might be) and watch the sun go down.

Bed.
Queen size, true – but size was its only virtue. No doubting that when first installed it functioned as expected but having suffered the ravages of time and a few hundred human bodies seeking its comfort, it now resembled a shallow ‘W’ when viewed from its foot. Dreadful. Even the steward’s ministrations of packing folded blankets under the mattress, did nothing to solve the problem.

Facilities.
Mini bar (horrendously expensive of course) but no ice making facility. Small wall-mounted television set…but…if wanting to watch a movie…there was a $10 charge per film.

Bathroom.
Small but adequate and all systems working as expected.

Food.
Mountains of it. In addition to the main nominated restaurants guests were allocated (for breakfast, lunch and dinner), there was a plethora of others. Mongolian Wok, Sushi, All-Day Buffet to name but a few. Many folk who had partaken of their ‘normal’ breakfast, lunch or dinner, could be seen ‘tucking-in’ to enormous platters of ‘in-between snacks’. Never before, have I witnessed so many 20 stone plus bodies struggling to walk.

Food Quality.
Definitely not Cordon Bleu…certainly filling. Menus were limited and dishes did not arrive at the table in the condition expected or close to the taste so tantalisingly advertised. The coffee was the weakest I’d ever sampled. Memories of the old adage ‘so weak you could read a newspaper through it’ was triggered.

Wine.
Ye-Haa! California, here I come!
I suppose one has to accept that the wine on offer contained alcohol. At $25 and upwards per bottle, one should expect such a beverage to have at least originated from the countries of which they were famous. But with grapes grown in California and turned into liquid in that state, the first ‘taste’ proved the difference.

Restaurant Service
Oh, dear! Experienced waiters tried their best to multi-task. They had no option but to supervise and assist the new boys. Wrong meals being served to the wrong people, agonising waits, tepid dishes which should have been piping hot, lukewarm coffee. When (as an early sitting diner – 6pm) I could see the next sitting (8.30pm) people queuing and clustering around the restaurant entrance, it ‘said it all’.

Public Facilities.
Plenty of them. Swimming pools, Jacuzzi-type baths, deck chairs, large outside screen for showing films, shops and so on. Sounds good, yes? In reality, trying to enjoy them left a lot to be desired. What do I mean?

Let me describe a few.

Swimming Pools
Provided one was up with the larks they were tempting. But with hardly a square foot of surface water available by mid morning and one was prepared for a few knocks, then getting in was a no-no.

Jacuzzi Baths
These were about 10 feet in diameter, could cater for say six persons in comfort, which meant that wanting to sample a cool-off was a lottery. Who would decide to get out and who would be the first to get in? I didn’t even try.

Deck Chairs.
Of course there were. Maybe even a couple of hundred placed around the ship’s open air areas. Folk who have experienced Spain’s beaches and Hotel Pools in summer, where the Germans frequent, will be well versed as to the practice of ‘Towel Reservation’. Sorry, Carnival, 3500 into 200 won’t go!

Casino
This venue took-up a large space near the centre of the ship, on deck 5. This deck was called, The Promenade Deck. It was the main thoroughfare for all guests making their way either to the bow or the stern, without having to make the journey along the OUTSIDE port or starboard side of the ship. When dressed to dine in the evening, try cajoling a lady to do that and expose her coiffure to the windy elements…it’s a definite NO!

So, the alternative was to negotiate a passage (either side but within its confines) past the Casino. Japanese are often seen in UK TV documentaries, wearing face masks to divert fumes. Because Carnival allowed its gamblers (100s of them) to smoke, the issue of such face masks should have been obligatory. The entire area reeked of tobacco smoke. It was ingrained into the very fabrics of the ship. Even having reached the main restaurant to dine, that very smoke and smell had permeated ones hair and clothing. Non-smokers be warned. Writing to this point has re-awakened memories and experiences of my cruise…mainly unpleasant ones. There are many other issues as to the Carnival Line’s propensity to ensure that its 3500 captive clients, are milked for every possible dollar. This latter issue was perfectly demonstrated when Carnival ADDED a Compulsory 15% Gratuity to every service and item purchased. If one simply bought a can of Coke from one of the many stalls dotted around the ship, then even THAT self- service transaction was subjected to the gratuity. The same applied to all cabins. Yes, 15% added PER NIGHT!

It wasn’t difficult for me to calculate that during the seven days of the cruise, Carnival took some $1 million from its 3500 guests as Gratuities. Now, is that a great way to make money by fleecing your clients?

Oh, and finally, try on embarkation day, to take on board any alcohol. No way José. It’s confiscated. The 3 mile off-shore duty-free system doesn’t apply to Carnival…it’s profit all the way (about 400% on all alcohol served).

I am anticipating a barrage of protest from the administrators of that cruise line, but like Rhet Butler’s famous remark in the classic film, ‘Gone with the Wind,’… “My dear, I don’t give a damn!” 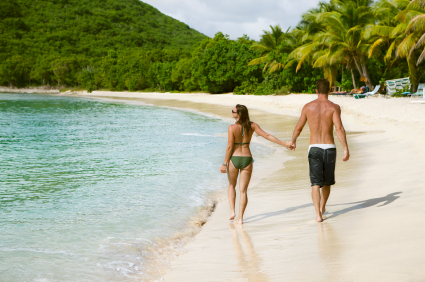