When I started to explore a possible vacation to Colombia, the typical response from friends was, “Will you be safe?” “Why do you want to go there? I didn’t know you were into kidnappings, muggings, drug cartels, and cocaine holidays.” I wasn’t going to let my friends who had never been to Colombia deter me. Instead, I fortified myself with a few safety tips and headed off to Colombia for a month, finding Colombia to be beautiful, eco-friendly, historically rich, and safe at every turn.

My trip began in Bogota, the country’s capital. Without a hitch, I passed through customs, collected my luggage, and headed outside to grab a taxi to reach my hotel. From the start, I felt safe. To the right-hand side of the El Dorado terminal’s baggage claim area, a tourist office secured a taxi, guaranteed the fee and license of the driver, and wished me “Buenos dias.” I hurried off to Hotel Alma, a pretty and secure hotel, though a bit distant from down town. Perhaps it’s a bit superstitious, but I believed that if I incorporated three main events, my safety would be secure. First of all, I would invoke a prayer or two at the famous churches of Colombia, easy to do since they are at every turn. Next, I would enjoy the parks and local hangouts, striking up a game, joining in a class, or learning a salsa step or two. Again, this proved to be an easy task since Colombians consider recreation an inalienable right. And, I would chuckle at the art work of Botero wherever I found it, having his joy in life’s plumpness ward off any possible lingering dangers. This also proved to be easy, finding his masterpieces in museums, parks, and street stalls. Let me center on Bogota and Medellin to show how this formula worked for me.

Plaza de Bolivar is the usual place to start Bogota’s discovery. Catedral Primada, dating back to 1807, dominates the plaza. Huge is an understatement, but it’s pretty sparse of decoration so I included visiting the chapel next door, Capilla del Sagrario, to see more paintings. Nearby I stopped off at Iglesia Museo de Santa Clara, south of the Plaza. It dates back to the 1600’s and has paintings, statues, and motifs at every turn. Even older is Church of San Francisco, just west of the Gold Museum. Built in the 1500’s, it holds a gilded main altarpiece. And just a block or so away lays Iglesia de la Veracruz, serving as the burial site for national heroes, and Iglesia La Tercera with its beautiful altars of walnut and cedar.

While impressive, the churches in Bogota paled in comparison to the Salt Cathedral, located about 45 minutes away in Zipaquiera. My hotel secured a driver for my visit, but one can also reach the Salt Cathedral through the travel agency Viajes Meridiano Lida in Bogota or by public transportation from the capital. It is an underground Roman Catholic Church, built within the tunnels of a salt mine 200 meters underground. Here, I visited The Stations of the Cross (14 small chapels that represent the events of Jesus’ last journey), The Dome (the bass relief cross chambers and balcony), and The Three Naves (symbolizing the birth and death of Jesus). Afterwards, I role played the life of a miner and saw a 3D movie about the mine. I meditated, reflected, and contemplated, coming to realize the inherent dangers of mining far surpassed any fears I might have for a Colombian sojourn. Now, I felt prepared to throw myself into recreational activities in Bogota. A bike tour provided a good introduction. Adventure Travel on Bike supplied me with a great leader, a fun group, a helmet that fit securely, and ample warnings to watch out for dog feces and potholes. The next day, I took the funicular up to Monserrate peak. It was a clear January day so I could see as far away as the cone of Nevado del Tolima 135 km. away. Plentiful trails zigzag, allowing me to meet Church goers, snack bar connoisseurs, and Christmas themed statues and decorations. Parque Simon Bolivar, larger than New York’s Central Park, stretches out in the city. Lakes, bike trails, soccer fields, and walkways provided respite from museums and city life. Extended families gather here, especially on the weekends, spreading out their blankets for picnics and welcoming all to join in a friendly game of soccer. Often I saw older brothers and sisters lovingly care for their younger siblings. As they protected them in their care, I sensed as well a safety net extending to Bogota’s visitors.

No visit to Bogota would be complete without immersion into Botero’s artworks. All things chubby, all things relishing in life’s plumpness and one has Botero. Robust women tangle with mustached men. Young chubby boys sink down on horses. Families prove their plentiful eating habits. I gaze at his paintings and sculptures, taking away priceless memories of laughter at the good life. Museo Botero also houses works by Picasso, Chagall, Renoir, Monet, Dali, and Max Ernst, but it is Botero’s works that envelope me in a blanket of safe sensuous enjoyment.

Confidently, I flew from Bogota to Medellin. Churches, recreation, and Botero safely guided me in Bogota, and I employed this recipe again in Medellin, meeting with success. I visited Medellin’s key churches: Basilica de la Candelaria, built in the 1770s; Catedral Metropolitana, spaciously decorated with Spanish stained-glass windows; and Ermita de la Veracruz, the oldest with a starting construction date of 1682. Even more unique is the Cementerio de San Pedro, which has decorated tombstones of the deceased persons’ passions and sepulchral chapels. On the way to El Penol, I stopped off at The Rock Church, cut out of a massive rock. The quaint church in Guatape sits across from the town plaza, evoking serenity in this charming town of fresco-like adorned homes. Church-like in January with its many displayed Nativity scenes is Museo El Castillo, located in the El Poblado district of Medellin. Its grounds seemed like a mini Versailles transported to South America. Having religion taken care of, I struck forth for Medellin’s recreational activities. Similar to Bogota, families played together everywhere. Holiday lights bedecked the river, rivaling Disneyland for miles on end. Families shared cotton candy and peanuts as they marveled at Santa flying a helicopter next to a lit Nativity Scene. The Jardin Botanico enthralled visitors who came to wander, picnic by the lake, ride the choo-choo train, and have exotic orchids cast their mesmerizing spell. Just across the street sits the Parque de los Deseos, where a free concert might be held to the background music of children playing in water fountains and pools. To round off the day’s activities, families flock to Parque Explora, complete with scientific exhibits, an aquarium, a radio/television workshop, and a 3D cinema. About 90 minutes away from Medellin lays El Penol, a 200 meter high granite monolith set near the lake. A brick-and-mortar staircase of 649 steps rises in the side of the rock. A climber meets locals and tourists alike on this ascent, lending to a family-like celebration when all reach the top to marvel at the lake below as it sprawls among green mountains. Driving another half an hour from El Penol, one reaches Guatape. Not heeding the Peligroso sign, I plopped on the cable vuelo, thrilling to a canopy ride that crosses the lake to a large hill. Restaurants, specializing in fresh trout, dot the lakeside. Large boats with dance floors and flowing beer take visitors out onto the lake, some stopping at Pablo Escobar’s old home. Definitely, Medellin’s area provides a perfect blend of family closeness, tranquility, and sports. I felt safe in the midst of adventure.

Botero ranks high in Medellin. La Gorda, his massive bronze woman’s torso, invites all to recline alongside it in front of the Banco de la Republica in Parque Berrio. Other Botero sculptures grace Parque San Antonio, including the Pajaro de Paz (Bird of Peace). Twenty more Botero sculptures decorate Plazoleta de las Esculturas, and many of his paintings are in Museo de Antioquia. He is Medellin’s native son, and he embraces well the enjoyment of abundant living. Bogota and Medellin proved to be the perfect cities to shout forth, “Colombia is safe.” As with any other large city, much depends on where one goes, what time it is, and how one dresses. Definitely, I would not walk the streets alone after midnight or call attention to myself by wearing flashy jewelry or clothing. Choosing where to go in Bogota and Medellin proved quite easy. One just has to enjoy churches, recreation, and Botero. 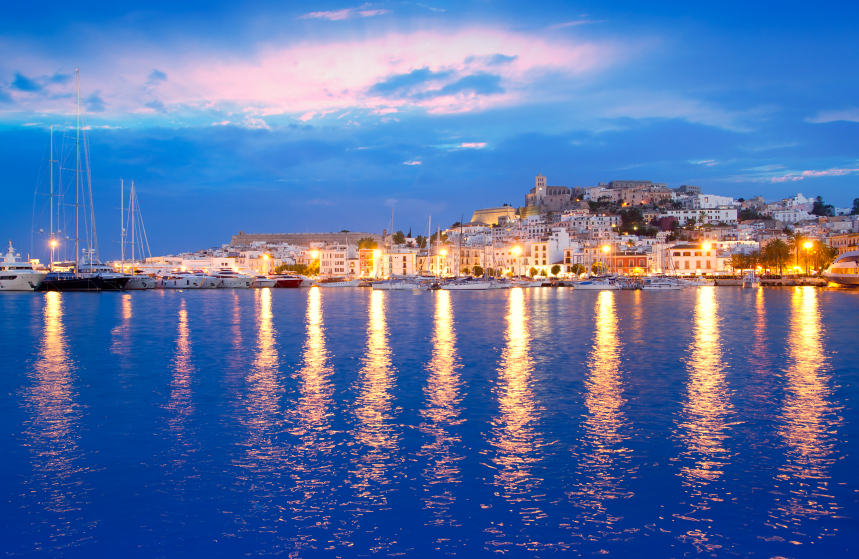 A clubber’s guide to the Balearic Islands 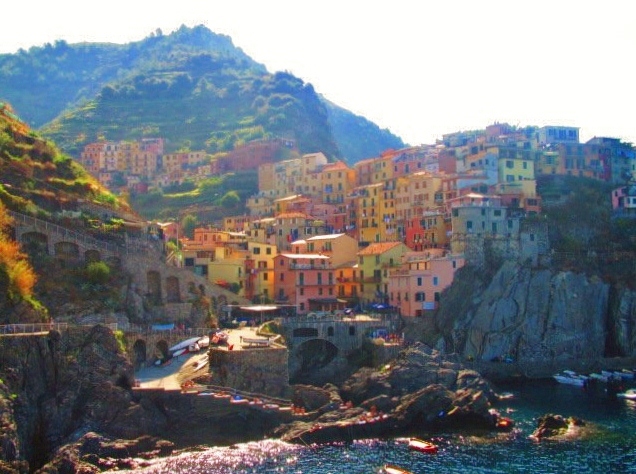