It was the end of winter when my Japanese friend, Mr. Teruo Iimura, drove me to the small town of Ami, in Japan’s Ibaraki Prefecture. I had just learned of a reopening there of a museum—a museum that sounded too intriguing, too historically significant to ignore, being that I lived so close by. The day had finally arrived for my friend and I to visit the reimagined Yokaren Peace Memorial Museum.

Committed to promoting peace and fostering awareness about the value of human life, the museum unveiled its modern, new building in February of 2010. It’s located near the grounds of a now-defunct, World War II-era, Japanese military training school—known then as the Yokaren. My friend Iimura-san explained to me the meaning of the Japanese word yokaren. It combines the words yoka, meaning “prepared” or “semi” and ren, meaning “training.”

The sole purpose of the Yokaren school was to train young Japanese boys to become kamikaze: Japanese pilots who trained for suicide missions, crashing their planes into enemy targets, especially ships.

It’s curious that what was now shopping-mall, suburban Japan was once a key center for training Japanese pilots for war. Both Japanese and foreigners living in the area—now replete with Aeon shopping and Bikkuri Donkey family-style restaurants—know it as “the Kanto Plain”: a very wide, flat stretch of land north of Tokyo. But during wartime, it was perfectly suited for landing and flying airplanes. From a naval standpoint, the region’s Lake Kasumigaura proved to be ideal for conducting water-plane training.

A day trip here was a visit to the very lands where the kamikaze once trained. It was here where they flew their two-winged training airplanes, known as akatombo, or red dragonflies. Almost all of Japan’s kamikaze graduated from this particular Yokaren training school. Eventually, during the war, the Yokaren program expanded to other parts of the country.

My friend Iimura-san, a grandfather with two granddaughters, used to work in insurance for Sompo Japan and has since retired. Now, he’s a building manager at a nearby Seibu department store, where I first made his acquaintance and realized we both shared a passion for hiking. He makes his own hiking sticks out of bamboo; and, together, we had hiked the biggest peak in the area, Mount Tsukuba.

But prior to working for Sompo, he himself had been a Japanese naval officer for many years, specializing in communications (Morse code), rising to the rank of Lieutenant Commander. His naval career took him around the globe: from Mexico, Panama, Ecuador, and Chile; to Canada, New York, and Hawaii—to surviving a typhoon in Guam. Add to this his status as a local, and I was especially grateful for his time and for the opportunity to hear his perspective.

The museum would have virtually no English translations on its exhibits, and Iimura-san very generously offered to translate the Japanese signage and give me a pro bono guided tour. He told me that in his naval career, it was necessary for him to use English to communicate with the U.S. Navy, during post-World War II peacetime exchanges.

It was early morning when my friend drove us to Ami, under overcast skies, through the streets of small, neighboring Tsuchiura city. Although it was nearly spring, rain quickly turned to snow. It was not too cold, but cold enough to fog the windows. I couldn’t actually see through the windows’ condensation when Iimura-san pointed out Tsuchiura First High School to me. He described the high school as being “very difficult to get into” and that every year 20-30 of its students were accepted to prestigious Tokyo University.

Iimura-san explained that, in the 1930s and 1940s, the boys of the Yokaren flight school, by contrast, were actually not so exceptionally gifted. But the circumstances were similar, in that the Yokaren was also difficult to gain admittance to. Ivy League difficult. In its first class, 5,807 boys tried to enter. Only 79 passed.

Each of these young volunteers possessed two traits, ideal for flight training: a love of flying and a love of airplanes.

As shopping malls gave way to open park space, we reached Ami town and entered the museum, its architecture fashioned into a shiny sculpture of glass and steel. Just minutes away, small waves lapped up gently onto the shores of Lake Kasumigaura. Winding our way through the neat, sleek displays of the museum, Iimura-san started translating fastidiously from Japanese to English.

He explained that training of the school’s first group of future pilots began in 1930. We peered through glass at historical photos of boys taking flight-school entrance exams and enduring the rigors of Yokaren life, such as: running in 10,000 meter races; studying chemistry, English, Morse code, and navigation; practicing judo, sumo, and kendo; and learning to flag signal, swim, row, and climb ropes. We passed pictures of boys at their school’s formal graduation ceremony.

Due to its kamikaze training facilities, the Kasumigaura Lake area was regarded as a key military target, and the U.S. bombed the region several times during World War II. Many Yokaren students died in these attacks. Training ceased in 1945.

Born in 1941, Iimura-san was just a child at this time, but he remembers hiding away in shelters at night, with no light, sirens sounding, as B-25 bombers flew high over the Kanto Plain. There were food and clothes shortages. About 370 people in the area died: 280 military, the remainder civilians.

We went inside a dark, soundproofed room and watched war footage of bombings of the local area, replete with powerful audio blasts. As the only foreigner in the room, an American at that, I couldn’t help but feel self-conscious. It’s one thing to watch something like this from the comfort of one’s home; it’s quite another to experience it in another country, surrounded, in a sense, by the very people my own country bombed. We exited and watched a video on a big screen of a plane crashing in slow motion into a ship on the ocean.

It was now snowing again, towards the end of our tour. A question raced through my mind: What alternate futures might these kids have had, had they never volunteered for pilot training? Iimura-san translated a plaque in a window of the museum that illustrated a harrowing statistic: 80% of the 24,000 young graduates of the Yokaren flight school died in war (about 19,000). Boys that were between just 14 and 17 years old.

It’s true that from the moment kamikaze stepped onto their planes, they knew they were going to die.

Before we entered the final room of exhibits, I turned to Iimura-san, who stood solemnly in front of a solitary plaque, written in Japanese. On the plaque was a letter, known as an isho, which was a last will and testament written by someone about to die. A young Japanese pilot from Koriyama, Saburo Mogi, left behind this isho for his mother.

My friend began to translate:

Mother, when I leave Koriyama, I’ll fly over the rooftops of our house. That means I’m…

…Iimura-san paused, choked up with emotion, fighting back tears before forcing out the final few words in a gasp of breath…saying goodbye to you.

Getting to the Museum

Open daily from 9:00 a.m. to 5:00 p.m., closed on Mondays. An obstacle to keep in mind is the lack of English signage on the majority of the exhibits. It’s recommended to attend with a friend who can translate the Japanese descriptions.

Special thanks to: Kanako Takahashi and Mariko Sebata, of the Yokaren Peace Memorial Museum, for additional translation assistance and insight. Extra special thanks to: Mr. Teruo Iimura for his time, effort, and friendship.

Jeffrey Rambo is a freelance travel writer from New York who lived in Japan for two years. He’s written for Travelmag and Scholastic News Online. Visit his Web site at: jeffrey.rambo.stories. 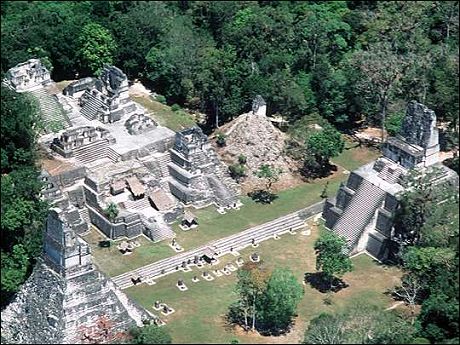 Encountering Guatemala at the age of ten 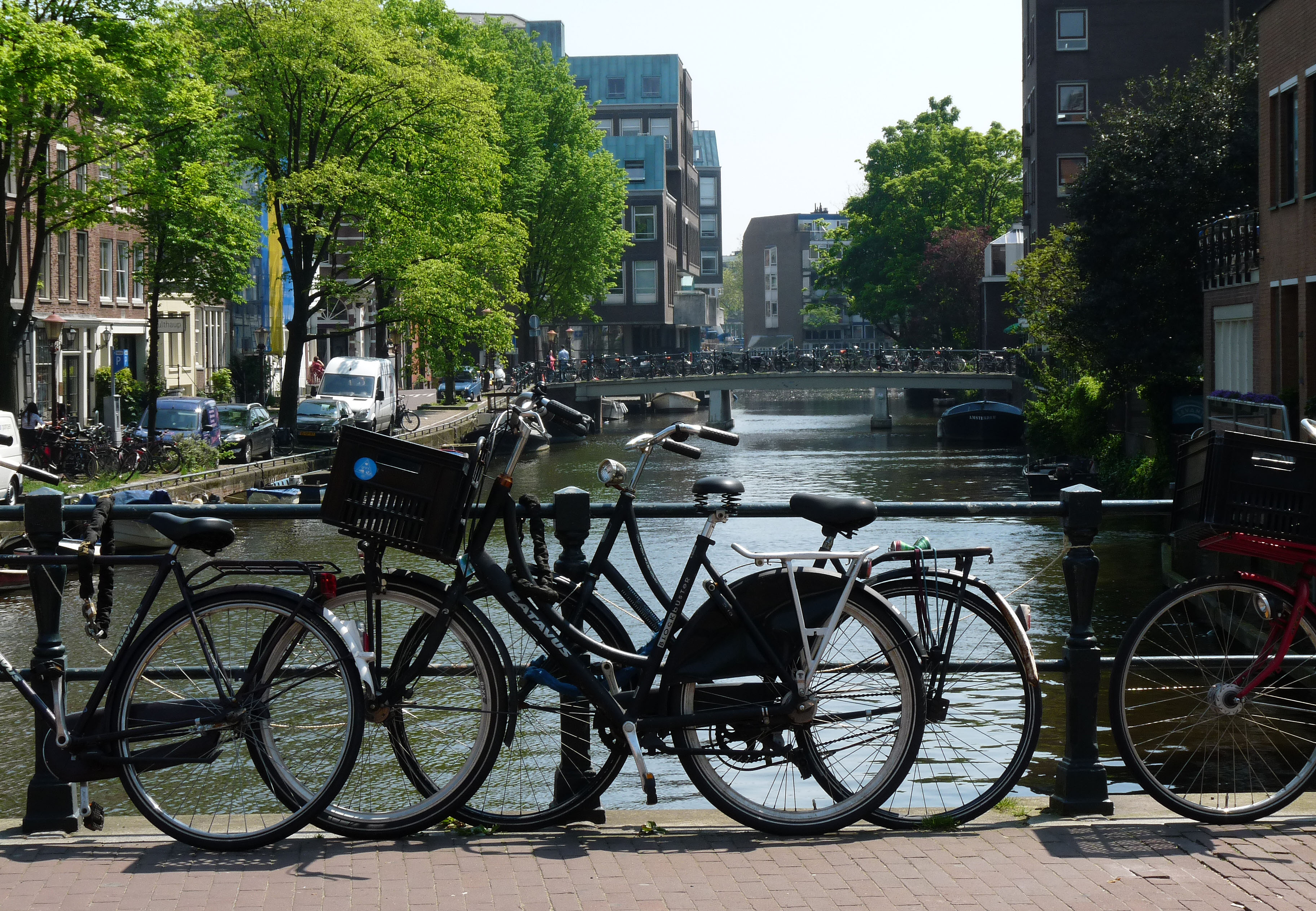