One of the truths of visiting college towns is that you can easily feel ancient amid the 18 to 21 year old crowd. Boulder, Colorado, the home of the University of Colorado, is a case in point. But the antidote to feeling creaky in Boulder is embracing its youthful energy and taking advantage of what the city has in spades – a wealth of natural beauty and an outdoor activity for every taste in every season.

When my friend Karen and I decided to leave our respective coasts in September and visit this town 5,400 feet above sea level, we flew into Denver, rented a car, and drove to Boulder in less than an hour. For me flying in from the east, the view as our plane descended was remarkable. Denver, which sits smack at the western edge of the flat plain states, has topography that looks like cookie sheets from the air. But right at its border are the foothills of the Rocky Mountains, the Flatirons in all their spiky glory. We had chosen to stay at the Alps Boulder Canyon Inn, a short drive from the center of Boulder. The inn used to be a hunting lodge but is now is now an attractive B&B, completely up to 21st century standards. By the time we unpacked it was dinnertime, so we drove back to town. Here we found a plethora of choices. There appears to be no single ethnic restaurant that’s been left out, but plenty as well to satisfy the pizza and burger crowd. Karen and I chose The Med, a boisterous place with an emphasis on tapas. While the decibel level was way past our comfort zone, we were pleased with the food.

Boulder Fitness
Back to the inn for a good sleep and delicious breakfast the next day. For our first full day, we planned to take the Boulder Canyon Trail from our inn to town, explore downtown Boulder, then hike back. The trail, which abuts the inn, follows Boulder Creek and an old railroad line for much of its length. The path is very popular with bikers, fast bikers, so it’s a good idea to walk the turns in the trail single file.

The level of fitness in Boulder is remarkable. At first Karen and I thought everyone who passed us (and most did) was under 20, but on closer inspection we realized that a number of these sprinters and bikers, were in fact our age. A testament to Boulder’s outdoor life!

Pearl Street Mall
We exited the trail in downtown Boulder and ventured over to the Pearl Street Mall, a four-block walkway lined with mostly local businesses – no Barnes & Noble, instead the Boulder Book Store, no CVS, instead the Persimmons Apothecary. The surrounding streets support the same eclectic mix of shops featuring art, jewelry, antiques, and musical instruments with the usual mix of used goods stores thrown in.

Just about the time our stomachs were becoming noisy a light drizzle started, and we ducked into a new café called Cured. Cured, which has a second business called Cured Wines in the same space, was a marvel of fine cheeses, sausages, breads, and coffees. The choices were dazzling – how to choose one sausage over another – but the staff was as competent as the food was delicious. Between good-sized samples of everything we were interested in, we were able to satisfy our hunger pangs and pack up a picnic dinner for eating at the inn that evening. The young man who sold us our wine was equally knowledgeable, and we left Cured with a terrific variety of things to enjoy later.

Hiking in Chautauqua Park
Our plan for day two was simple – drive to Chautauqua Park, a short distance from the center of Boulder, and take one of its many trails into the Flatirons, the red sandstone formations that ring Boulder. A Chautauqua is a term for a movement that started in the late 1800s in New York State and reached its peak around 1915. The idea was for people to have a place to gather to explore new ideas and public issues. The Colorado Chautauqua is one of the few to survive and today offers cultural and recreation programs as well as lodging.

We started our hike at the Ranger Station which has an incredible display of native birds, bears, foxes, mountain lions, and rattlesnakes, to name a few. The quality of the taxidermy is so outstanding that each animal looked fully alive. Before we set off, the attendant acquainted us with the trails, warned us about wildlife we might come across, and told us what to do if that should happen. We hoped to be able to put our instructions to work but alas, no bear or mountain lion ventured near us.

What we did see was some of the most glorious scenery we’d ever encountered. Our climb took us up the Mesa Trail, which is a fairly gentle climb that extends six miles one way for those who want to travel the full length. Off the Mesa are other trails that offer more challenging grades but since the point of our visit was to have time for talks – which huffing and puffing interfere with – we stuck with the Mesa. The trail was dotted with wildflowers, in the midst of grassy expanses and towering boulders.

On our last night in Boulder we decided to sit at the outdoor area of the Rio Grande Restaurant, a perfectly nice if unremarkable Mexican eatery and do some people watching. In the college areas of Berkeley and New York City where Karen and I come from, pink and green hair, tattoos, and piercings are the norm. Not so in Boulder, an exceptionally wholesome looking place where the one smoker we saw was given a very wide berth.

Just don’t go to Boulder and expect to be a couch potato. In Boulder, fit is the mantra. 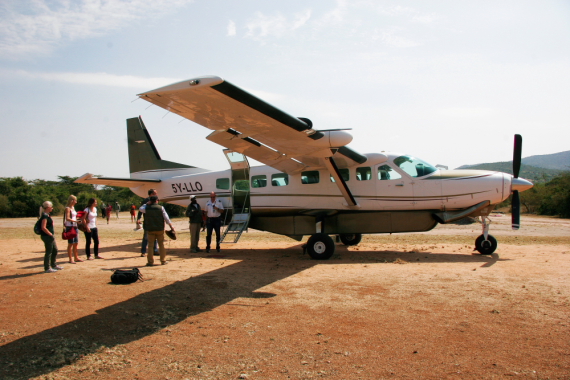 Horsing around the Masai Mara