Blocks of golden ice stand in rows along the frozen river, like miniature stone henges, covered in a thin layer of white powdery snow. They glisten in the low, weak morning sun, waiting to be collected by their owners: Villagers, who, with no running water are forced to spend hours sawing at the frozen ice, hewing a fortnights worth of drinking water- hauling them back to their little wooden houses on shaggy white ponies or if they have one, a reindeer sleigh. This is no ordinary winter road trip, this is a journey- a pilgrimage almost- to what is known in Siberia as the Pole of Cold. A two thousand kilometre round trip, in a Russian-made camper van, from Yakutsk- the coldest city in the world- to Oymyakon- the coldest inhabited place in the world.

Just the sheer oddness of it all is enough to keep you awake on the two-day drive to the remote village that was to be our destination. As we depart the city, Slava, our local guide, insists on taking us to ‘The Kingdom of Permafrost’, a cave- turned shine to this strange phenomenon that means that underneath the whole of Siberia is frozen sand- in places several hundred metres thick- even in the summer. Inside the cave we are transported to another world- one of ice- celebrated with entirely irrelevant statues carved beautifully from the same blocks of ice that locals use to water their families – Buddha glistens bright red as a bulb changes colour inside his head, the Eiffel tower radiates green, a giant mouse glows pink. Only a rather randy looking blue bear is remotely Russian. Deep in the farthest recesses of the entombed museum is a huge block of yellowy ice. ‘Whats that?’ I ask, reminded of the ones we had seen by the river. ‘Milk’ says Slava. ‘The biggest block of frozen milk in the world- according to the Guinness book of records.’ Outside there is a huge picture of what looks like a wizard- replete with staff and pointy hat.

‘Who’s Gandalf?’ jokes one of the members in our bemused little band.
‘His name is Chys Khan’ Says Slava. ‘he’s what we call the spirit of frost. He’s the traditional symbol of cold- a bit like a Siberian Santa. He lives in Tomtor.’
‘Will we see him?’ I ask, jokingly, as I know we pass through the town on the way to Oymyakon.’
‘No’, replies Slava, utterly deadpan, ‘I think he’s in Finland at the moment. There’s a Santa convention going on in the run-up to Christmas.’ Distant coal burners emit enormous plumes of smoke and Petrol stations made from shiny steel circular pipes give the entire outskirts of Yakutsk a post apocalyptic gloom, but it isn’t long before we cross the frozen river Lena and enter Narnia.

Already, only half an hour outside of the grey industrial sprawl we have hit the wilderness- a vision seen normally only by documentary film-makers and story book wizards.

Trees range as far as the eye can see in this epic wasteland. Even at the end of November it is already minus thirty and half a metre of snow covers most things, so that all is white. A fairytale kingdom could be no more mysterious than here, where despite, or perhaps because of, the endless snow- a visitor is bewitched like few places on earth.

Eccentricity prevails. Slava shows us the life of a horsebreeder (Horses are bred for meat here), living in a tiny wooden shack in a wide valley, kept warm by a small wooden stove and layers of horse skin as insulation he lives a life unchanged in centuries. His daily routine consists of rounding up each of his shaggy white ponies from the surrounding tundra and using what is best described as a rake to scrape the thick layer of ice off their backs. They live outside all year round, even in temperatures plummeting below minus sixty, and don’t seem to mind a jot.

Three hundred miles east, in a lonely forest (near to Tomtor, where by the way, Santa is nowhere to be found) are the traditional Reindeer people.
‘They’re nomads. They came from their camp 200 miles away to sell fish in the town’ explains Slava. ‘They have 250 Reindeer in their herd.’

I look around the forest and see nothing except three small canvas tents, heated, like the horse men’s, with small iron wood burners. Ten or twelve massive salmon, frozen solid looking like they’re in the supermarket freezer section are hanging from a tree. Outside the tents are two old women, dressed ornately in traditional furs and beads making them look like American Indians (They’re not that far distant relations here). The men prefer modern goose down jackets although they all wear mink and marmot fur hats.

Suddenly, there is movement- but oddly no sound. ‘Its them’ says Slava with a smile. Between the gaps in the trees, flashes of white, black and brown get closer. A flicker of a hoof then the unmistakable shape of Reindeer’s antlers. Out of the trees gallop seventy-five domesticated Reindeer of all shapes and sizes. They’re curious of the new visitors and make no hesitation in making straight for us. Luckily they don’t plough us down with their massive branch-like protrusions and instead sniff and lick our gloves- and cameras- with a passion. Santa would be proud.

Staying in local homestays we get a unique glimpse into traditional Siberian life. True, it isn’t the height of luxury, but we are kept surprisingly toasty inside as smiling babushkas keep the wood fires burning. Food too, is basic but tasty- if you are willing to try. Both horse and reindeer and staples here- as is mountain ram and raw fish. Tongues and livers are a delicacy- so be careful not to impress your host too much. Either way you will get to wash it down with plenty of vodka.

What is immediately apparent is that despite being officially Christian and having seen a healthy dose of Soviet Communist influence (This area was renown for its deadly gulags and over a million prisoners died here in the 1930s and 40s building the main highway)- something else is prevalent. Shamanism- the worship of local animist spirits- trees, streams and animals- is still widely practiced. Every home has carvings, pictures and stich-work depicting stags heads and bears. Chys Khan, in his blue furry Santa outfit, adorns bedroom walls and car mirrors. Wooden totem poles are dotted around villages and passers by stop to make a small offering- usually a piece of bread, a cigarette or a coloured ribbon. Near to one such erection Slava promises to show us a stream that never freezes.

‘But every stream is frozen here’ I insist, having just driven over a mile wide river in terror even though I know the ice is half a metre thick.
But he’s right. Behind the beautifully carved monument, down a snow covered bank is a river- and it’s flowing as freely as the Thames on a spring day. Gobsmacked I refrain from asking more questions.

Finally we arrive in Oymyakon. There’s not a lot there- a small population of maybe a thousand. Most of the houses are wooden cabins. They do have electricity- but no running water because the pipes would freeze for seven months of the year. But the main attraction is simply being there. At the centre of the town is a gaudy metal monument which states, below a soviet hammer and sickle, ‘This is the Pole of Cold’, a plaque is inscribed with the lowest ever recorded temperature of minus 71.2 degrees- way back in 1924- the year of Lenin’s death. Today it’s a balmy minus forty. ‘If you want to feel real cold, come back in January’ says Slava. ‘Then it’ll be minus sixty at least’. Its difficult to describe what it feels like to be in those sorts of temperatures. Being outside for more than two minutes you start to feel a chill so deep in your bones it’s unearthly and any exposed skin is numb almost immediately. The heat is sucked from your extremities, especially your feet, at an alarming rate- even with the proper boots. No one can survive without a thick furry hat. When it gets to below about minus fifty-five strange things happen- boiling water immediately turns to snow. Damp clothes literally freeze stiff so that trousers will stand up unaided. You can hammer a nail into a piece of wood with a banana that’s been out for ten minutes. Apparently birds cannot fly and urine will freeze as soon as it comes out.

‘Well the last one’s a joke actually’ Says Slava with a wry grin. ‘Maybe at minus seventy.’

We didn’t stay to find out. Back to the house for vodka and a warm and then back in the van for another two day drive back. But with each painful immersion into the cold comes a gratifying, incredible experience, so raw and genuine that you barely notice the icicles forming on the end of your nose.

The draw is to be cold. Very cold. Colder than you have ever been before- but to be able to enjoy it with the safety of decent clothes and a warm fire nearby. The landscape is both jaw dropping and mystical- this is one of the most remote places in the world and the essence of winter beauty. Nothing is quite as it seems here in Siberia and anyone visiting is bound to return home with a renewed sense of wonder at just how strange the world can be.

But visit the land of snow if for no other reason than to spend a few days with the amazing people that live there. It’s a real privilege to see how they endure such harsh conditions with just a smile and a shot of the good stuff. Nazdravia!

Levison Wood is a n expedition leader, writer and photographer. He runs the pioneering expedition company secret compass (www.secretcompass.com) which specializes in ground breaking, world first expeditions. Lev has travelled to over 80 countries and is a Fellow of the Royal Geographical Society. 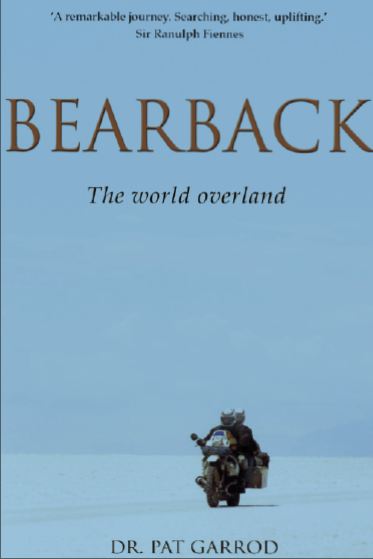 The trek to the top: Machu Picchu on foot

30 teenagers in Andorra – what could possibly go wrong?