Cramped in a one hundred year-old pasticceria along a narrow section of the Via del Portoghesi, my cappuccino has just arrived. As has my chocolate tartufo: a heavenly, over-priced flaky, truffle croissant worth every Euro.

A good meal is easy to come by here, and Italian lessons are just as effortless when you’re immersed in the environment. This little eatery is a wonderful place to find both. Recently, I discovered how to ask for an outside table, with extra room for my coffee, laptop, and writing pad. This morning, though, it’s freezing. The rain is coming in sideways, with hail pelting the canvas above. Hundreds of little pellets pound the back of my head, as water spills off the awning, saturating my papers, and soaking my keyboard. My socks are now sponges, both feet submersed in the rainwater as it rushes towards the drain around the corner.

“Sta andando a piovere oggi?” is Italian for, “Is it going to rain?” I should have learned that one last night.

Rick Steves, the “traveling guru” of all things Europe, has stayed in every hotel and hostel, and eaten his way across Italy for nearly forty years. His books have guided me through more than a dozen European cities, from Athens to Amsterdam, and once I discovered he had moved into social media with downloadable iPhone apps, I felt I’d just won the lotto.

Rick’s app, “Ancient Rome” gives tips on everything from beating long queues, to out-of-this-world restaurants. And according to his “tip of the day,” his favorite trattoria, Gino’s, was located at, “Numero 4 Vicolo Rossini, a “easy walk just behind the Parliament Building,” Parliament was the ideal landmark. Ideal, because I just happened to be standing in front of it. Ancient Rome’s city map is more of a crude, elementary-styled charcoal drawing. But that mattered little. Rick promised it would be, “Worth the journey!” And showed the restaurant sandwiched between the Spanish Steps and the Pantheon, directly in-line with the Roman Parliament. The app assured me it was easy enough to find.

After an hour of walking in circles around Rome’s legislative offices, I began to attract the attention of the Italian police. I was so absorbed in finding Numero 4 Vicolo Rossini, I didn’t realize I’d been strolling alongside the walls of the Italian government, yelling into a GPS device, while wearing dark sunglasses and toting a backpack. It was the first time I’d ever been asked to, “Present papers!”

Rick’s counsel is greatly appreciated when it comes to food and lodging but his artistic prowess for map-work leaves much to be desired.

Sprawled along the marble steps of an adjacent piazza, I opened my travel book, unfolded a Disney-sized city map, and typed Gino’s address on my iPhone. Studying everything in front of me, as if I were planning an invasion of a beachhead, I realized I had nothing to worry about; entire continents had been discovered by those who got themselves lost.

I fired Rick Steve’s and hired Steve Jobs. The bouncing “blue dot” on my iPhone now plotting a new course and “pinging” its way along with every step I took. Within ten minutes, the dot stood stationary, announcing my arrival. Standing before me, was a mountain of bricks stacked ten meters high. No door. No food. Just mortar. Peaking around the corner, I noticed, protruding from a small cave-like opening attached to the very same wall, a concrete marker that read “Gino – Numero 4 Vicolo Rossini.” My journey for the Holy Grail was complete. Vicolo Rossini isn’t on a map. Most likely, because Gino’s sits in the middle of a twisted alleyway less than twelve meters long. The abutting buildings so close, one needs to turn sideways to avoid oncoming people.

Making my way towards the entrance, Gino, eighty-one years young with a curly shock of white hair that rested atop his collar, stood to greet me. His smile was identical to the younger one staring back from the black and white photograph hanging on the wall.

Reservations are required, and there wasn’t an empty seat in sight. But I explained, in my egregious Italian, I had journeyed almost two hours, gotten myself lost and was, after all, only “Una persona!” Gino smiled, and patted me on the back. To my surprise, he warmly ushered me inside as if I were a long, lost family member. Within seconds, Gino prepared a table for me out of nowhere.

Like a 1940’s movie star having dinner at the Brown Derby, I watched each patron, who failed to call ahead, get turned away. With a shrug and slight tilt of my head, I stared at each of those forlorn faces with an, “I’m-sorry-but-I-got-here-before-you-did” look on my face, while mountains of warm, freshly baked breadcrumbs fell into my lap. A former haunt for local politicians, Gino’s is a typical Roman-style, family-run, cash-only business. With just over a dozen tables, I counted, at least, sixty filled seats – a structured gridlock of people all crammed together, talking with their hands, laughing over each other, asserting their political views rather loudly, and causing such calamity, it was nearly impossible to hear myself think – Italian, being the only language in the room,

The kitchen was so close I could hear the clinking of the plates and silverware, as if I were doing the dishes myself. I could make out the churning cylinders of the meat-slicer, and as I closed my eyes, I imagined thinly shaved layers of proscuitto falling one-by-one beneath the blade, with each push and pull of the handle.

I heard the whistle of the steam, signaling to the chef the Cappelletti was ready to plate, and the popping of the corks from the bottles of Barolo being opened behind the centuries old wall. The ceilings were arched throughout the cavernous expanse, frescoed with cheery-looking cherubs with brightly colored backgrounds of an ageless Rome. The edges of each archway outlined with small, smoothly curved, planks of cedar, each one picking up where the other ended, bounding their way across the upper interior, while the acoustics allowed each conversation to spill onto every table. Children ran between the small, open spaces of the tabletops with just enough room for their tiny frames to squeeze through. At eye level with the plates, they showed off their coloring skills to those eating, and beamed with delight as everyone marveled, with mouths full, at how well they managed to stay within the lines.

This was the “real” Rome – a blending of chaotic noises, all mixing perfectly into one, glorious sound.

As Gino shuffled around the room, shaving freshly graded cheese and pouring wine, Anthony and Giata, his son and daughter, took orders, cleaned tables, and replaced the cutlery. Theresa, his ten-year old great-granddaughter, was masterfully perfecting the artistry of hostess. With each new customer, she gave a hospitable greeting. Then, as was her routine, she grimaced slightly, bit down on a colored pencil she used for doodling, carefully studied the room, and then, as if a brilliant idea had suddenly popped into her head, she strutted her way to a table no larger than a school desk. Much the way one would jam a square peg into a round hole, Theresa somehow managed to find a space for each chair. She took her job seriously.

Anthony performed a well-choreographed series of bob’s, and weaves, arching his back, around the tables as if he were in a limbo contest. Zigzagging his way towards the kitchen, I noticed he gripped, in both hands, a dozen wine glasses by the stem, each arm passing over the unsuspecting heads of those eating by mere inches. No one noticed a thing. Not a single conversation stopped. Not a hair had been touched on any head, and not a single glass broken. Then I caught the scent of fresh tomato sauce, drifting its way around the corner. Stopping, momentarily, it introduced itself to me, and moved on to the tables behind.

When my meal had ended I stepped outside, sad that dinner was over, but delighted in what I experienced. Making my way back to my hotel, I heard Gino calling from behind. “Tornare Domani!” Come back tomorrow!” He said. “Noi siamo stranieri piu!” We are strangers no more.” It was the most fabulous meal I’d ever had. 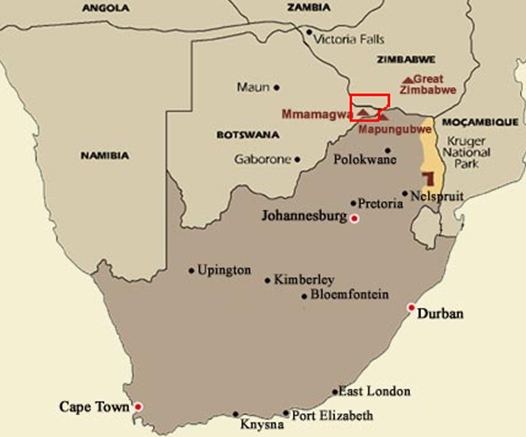 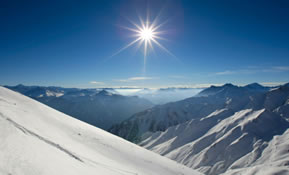