The road leading to the Shrevanas Bhvanah, the venue for the two-day meeting of the India Whistling Association, is dangerous. There’s a three-way junction in front of the decaying building, pockmarked with potholes, and the mix of faster cars, slower buses, darting motorcycles, bullock carts, bicycles, and auto rickshaws threaten mutual destruction as well as total obliteration of the first-time visitor to India. There is no traffic light. To cross, the naïve walker has to wait several minutes and take advantage of one of the few traffic lulls. The locals just walk out into the road trusting the drivers to avoid them. This is India; they have faith.

My wife, Linda Schiffman, was in Chennai to participate in the IWA as a special guest. She is a top-flight whistler; one of the world’s best. A few years ago, she placed third among the women at the International Whistling Competition conducted in Ushiku, about an hour north of Tokyo. As for me, I have no musical talent whatsoever. I was in Chennai as Linda’s go-fer.

The Shrevanas House was a long way from the beautiful auditorium where Linda whistled in Japan and even the functional auditorium in Louisburg, North Carolina where she had made her international competition debut. We entered through a partially raised metal garage door and went up the stairs until reaching the meeting rooms on the third floor. The largest served as the performance site and carried a light-industry ambience. The IWA had decked out the place with a sophisticated sound system, a small raised stage, and enough red curtains to compensate for the tired linoleum, plastic chairs, and dingy fluorescent lighting that flickered throughout the competition and occasionally went out entirely. Wire mesh covered the windows and exposed steel beams crossed beneath the ceiling. The place could have been converted to a sweat shop in less than a day. We said a few tentative hellos to those standing around the edges of the room and then took our seats for the opening ceremonies. The whistlers, their respective entourages, sound technicians, and judges brought the audience to a bit over a hundred. Jagat Tarkas, a small and remarkably energetic man, served as master-of-ceremonies. He made a short speech and then invited Linda, as the honored international guest, to the stage and helped her light the candles surrounding a flower festooned statue of Ganesh, the elephant-headed god of many things including all beginnings, the arts, and mischief. Jagit was warm and gracious, and we felt welcomed.

We spent the rest of the day listening to the opening round of competition. Each contestant performed a popular and a classical song with the total score determining who would advance to finals on the following day. “Popular” was pretty much music from Bollywood movies; “classical” was pretty much everything else. However, this being India, this boundary line quickly broke down. More than one song was performed by different whistlers in the alternative categories. Jagat confused things even further by introducing a third choice, “semi-classical,” which he defined as “classical but less so.” No one understood what that meant. In a nice touch, the whistlers could compete in either of two categories: “inspiring” and “aspiring.” I was asked if I wanted to perform in the “aspiring” group, and was even offered the inducement of an extra gift bag if I did so. I politely declined. All three judges were women. Unlike previous conventions we attended, they provided immediate feedback by holding up scores on large lollypop sticks a la “American Idol.” Together with Jagat, who interjected whenever he felt like it, they also provided ongoing verbal critiques: “do not run your notes together so much,” “practice more,” and the devastating “the next time I see you whistling with your eyes closed I am taking off 5 to 10 marks.” Jagat loved music; I watched him sitting in his chair, mesmerized by the melodies, his body moving as if possessed by notes.

The whistlers came from India’s middle class. Many were engineers and Jagat ran a sporting goods store. Geographically, they clustered around three regions: Mumbai on the west coast, the northern zone around Delhi, and those from Chennai who were largely Tamil. All seemed to prefer whistling to their regular jobs. After four hours of whistling, we took a break for lunch. The Shrevanas Bhvanah bathrooms were certainly iffy but the IWC had selected a wonderful caterer and the spicy vegetarian buffet was excellent. Everyone ate with their fingers and we were expected to do the same. I received some important advice – “Mr. Paul, in India we are always eating with the right side.” The coffee was superb, prepared as an extremely strong infusion that was then diluted with hot milk. Strong, masala tea provided an unusual change of pace during the other breaks. Linda and I were particularly mesmerized with the dexterity of one whistler who stood in front of a counter eating a huge plate of different dals, rice, and roti with the fingers of his right hand, the left tucked behind the small of his back where it straightened his belt and shirttails with impressive insouciance.

More whistling followed – perhaps a little too much more quite frankly. Then Jagat once again brought Linda onstage, this time to perform. Her 25 minute exhibition included the “Call to Arms” aria from Aida (which received a standing ovation), Leonard Bernstein’s “Oh Happy We,” David Brubeck’s “Charles Matthew Hallelujah”, and the Drifters “On Broadway.” Vikram, a power plant manager, was seated next to me. During the ensuing applause, he leaned over and asked if there was any chance that he might “become Linda’s disciple.” When things finally quieted down, Linda and Jagat exchanged mutual appreciations.

Then Linda, being her usual friendly, affectionate self, gave Jagat a peck on the cheek. It seemed innocent enough but apparently this move raised quite a few eyebrows and was the subject of mild joking for the rest of the weekend. At the closing ceremony, one speaker noted that everything went smoothly. He had only happiness and no complaints at all, “except when Mrs. Linda kissed Jagatji.”

The next day, we woke early to the sound of whistling filtering in through the hotel ventilation system. The finals were coming up and the competitors were still practicing. It was a little much. I can be slow and grumpy in the morning and so trailed Linda by a few minutes as we made our way over to the venue. Now that she was a confirmed star, there was no room at her table. I made myself a big breakfast plate, found a giant metal spoon, and sat down by myself, hunched over so no one could see me eating left-handed. But I was soon joined by a bunch of Chennai whistlers. No problem. By now, everyone was the best of friends.

A cellphone chirruped indicating an incoming text message. The owner subscribed to a “joke-of-the-day” service. He chuckled and read out loud:

WIFE: I am going on a shopping trip to London. Do you want anything?
HUSBAND (in a demanding voice): Yes. Bring me back a British girl.
Wife goes to London and returns.
HUSBAND: Did you bring me back my present?
WIFE: Yes, I did.
HUSBAND: Well, where is it?
WIFE: Wait nine months.

The rest of the morning was devoted to the finals, an event that soon lost its competitive edge due to the judges’ reluctance to discriminate between any of the performances. A steady stream of 9.9s was raised on the white lollypop sticks. We took another break. While the individual finals might have lacked dramatic tension, the team match more than compensated. Mid-afternoon on the second day found eight whistlers from Delhi locked in a winner-take-all battle against the Chennai contingent. Songs were performed in numerous categories. There was a movie song, a love song, a duet, and even an ensemble number. In the always challenging “not in your native language” slot, a Delhi whistler graciously introduced and then performed a Tamil love song which was both beautiful and a fitting tribute to the cultural diversity of India. It had taken him a full month to learn it, and the audience was clearly appreciative.

But the Chennai side wasn’t so lucky. A precocious teenager (“you have been robbing the stage since you were eight years old,” proclaimed Jagat) performed Kali Teri Gut, which she declared was of Punjab origin. Not so fast: “That is not a Punjabi song,” yelled one member from Team Delhi, leaping to his feet. “That is a Hindi song!” In this context, Hindi served as the national language so it could not count as anyone’s “other than native” category. The Delhi challengers moved aggressively towards the scorer’s table demanding the deduction of any marks earned. Jagat, trying to be fair, aggressively interrogated the 13 year-old. “How did you learn the song,” he demanded. “Did you think it was Punjabi or Hindi while you practiced?” But the questions only stirred things up further. The sound level and emotional heat started to rise.

The argument went on for a good ten minutes, mostly among the Delhi whistlers with the Chennai team remaining largely silent. Off to the side of the room, Puja, the whistling wunderkind, became increasingly morose. Things became so animated that we could easily sense the underlying communal tensions that play such an important role in India’s history. At the same time, the audience contained more than a few peacemakers, and even more bemused onlookers who clearly though that the Delhi team complaints were over the top. Gender played a big role too; not a single woman was involved in the bickering. Finally, a key member of Team Delhi tried to take the high road and concede that the song was indeed Punjabi. The ultimate resolution?

Rigveda Deshpandey, the sound engineer, was asked by Jagat to look up the song on YouTube. Several people watched the clip from the original movie. Given the costumes and dancing, as well as the lyrics, it was declared Punjabi by consensus: Kali Teri Gut would count. “This is how we resolve things peacefully in the new India,” yelled Jagat over the clapping. The show went on. The teenager regained her composure and even performed in the very next number.

A few hours later we said our good-byes. The next day we flew to Delhi where we were going to live for the next four months. Before leaving, Linda and the northern whistlers made plans to rehearse up in the capitol. There was even talk of performing together at the Polo Club out in Rajasthan. 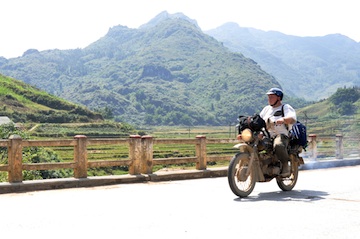 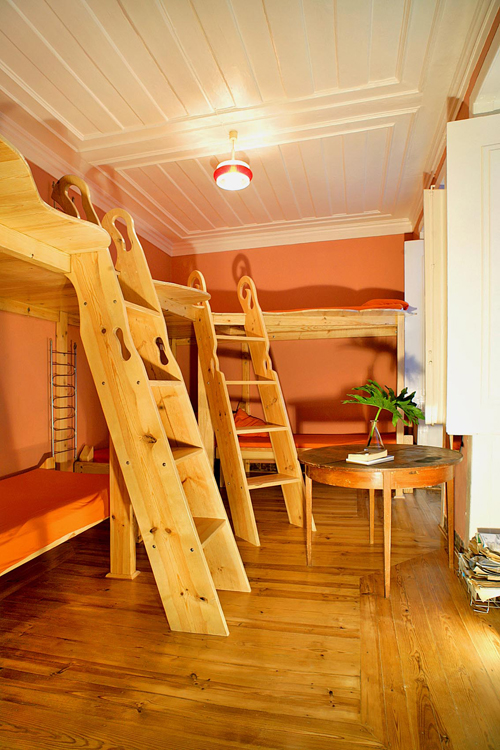