As we wandered along the jungle trail passing exotic fruit trees and herbal leaves, we heard the strange sound. It was like a man straining to do hefty work, only not a normal man, a monster man.

“Uggghhhhh!” the thing groaned before becoming silent for a few seconds. Angela I looked at each other, wondering what it could be.

“Uggghhhhh!” it went again, a reverberating sound straight from hell. It was louder this time.

“What is it..?” I whispered as we passed underneath a bread fruit tree. It was a wonder the fruit weren’t shaking from all the noise. “And where’s it coming from? It sounds like a dragon giving birth.”

We were in a large herbal garden that advertised itself as a small jungle park. Along its many trails, a tourist could stop and stare at the many different plants and indigenous creatures native to the Seychelles. But what else lurked in the forest, we wondered? As we edged through the jungle we listened out for any sounds that the beast might be nearing, but thick leathery foliage blocked any view beyond a few feet. “UGGGGHHHH!” it suddenly roared. It sounded like it was just across from us.

And then, we came to a clearing and could see the source of the terrible sound. Immediately the straining moans made perfect sense. It was a giant tortoise on top of another giant tortoise and both were engaged in an act of pure reptile coitus. Every time the male heaved forwards, he made the tortured sound; mouth agape, eyes half-closed and tongue lolling over the side of his chops.

“Jesus bloody Christ!” I said, staring at the sordid scene. The female tortoise looked ambivalent to the whole proceedings, as did the other tortoises in the enclosure, but the male on top was heaving like an old man doing a press-up. “UGGGGGGHHHHH!” it bellowed again, hoisting itself forward. Beside me Angela was laughing while the deep resonant sound cascaded through the rainforest.

“I’ll tell you something,” I sniggered as we walked to the edge of the enclosure. “This bugger has got some stamina. He’s been going at it for ages. He looks like he’s about to pass out.”

And then we noticed that things were not going according to plan for the randy reptile. His female companion had pressed her shell hard to the ground, effectively staunching his cold-blooded advances. After another couple of heaves he gave up and simply collapsed out on her back, neck pulsing and tongue flopping. The jungle returned to its normal state of chirping and wind rustling. The monster had been felled.

Jason Smark has just published a great book on Kindle. Buy it here. 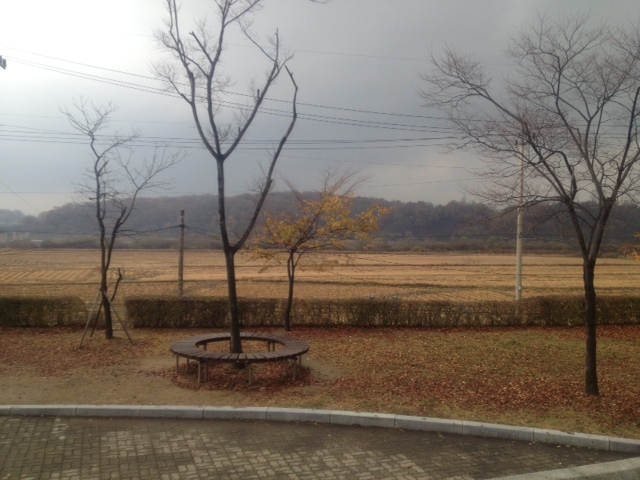 Tourism on the frontline of the next World War