Next month my daughter will be able to buy herself a drink in a bar while using her real drivers license. Yes, Lauren…I knew about that “other” one.

As a teenager, every April 16th, over a cup of coffee, Lauren and I would reminisce. We’d mark a new year, talk about our past trips, and dream of places yet to see. Flipping through our picture books, Lauren would laugh at her consistently inconsistent hairstyles, while I laughed off my consistently receding hairline.

By the time I was twenty-one, my adventures could be counted on one hand with fingers to spare. Lauren was on her third passport by age ten. I dragged her everywhere: The top of the Eiffel tower for breathtaking views and claustrophobic tunnels in the Egyptian pyramids. We hopped into a Fallucca so we could cruise along the Nile. And while in Ireland, I held onto her shirt so she could kiss the Blarney Stone upside down. As a teenager, she walked the beaches of Normandy, and as a little girl, placed a crayon written prayer in the cracks of the Wailing Wall. I tried pointing out the importance of what she was experiencing at such a young age. But it would have been easier teaching my cat calculus. “One day…” I kept saying to myself. “One day, I hope she gets it.”

A full-time student at University leaves little room for texting, at least from daughter-to- dad. So it was quite a surprise when she nearly blew up my phone with a message rivaling the length of a Stephen King novel. “1 of my art profs has us studying museums – NYC’s Gugg & Paris’ Louvre & d’Orsay.” I read on. Happy she was sharing with me. Happier still, texting was not yet a major at her University.

Like a Kerouac scroll she continued without any punctuation. “You showed me that art in those buildings in those cities!”

It wasn’t the project, which had her so intoxicatingly excited. It was her realization of what scientists throughout the centuries have called the, “Ah Ha!” moment. Somewhere, in the middle of her iPhone Novella, Lauren was saying, “I got it!” She “got” that traveling had enriched her in ways not previously realized. She now saw, for the first time, being there meant something. That presence really does make a difference. Traveling, for me, has always been an evolving art form – creating new ways to find the comfort in the uncomfortable, or the extraordinary in the ordinary. While I was perfecting the craft, I rarely recognized the dividends in my everyday life. I knew I was being changed through my travels, but couldn’t see the relevance. I felt myself being formed, but the shape wasn’t at all recognizable.

John Lennon was right, “Life is what happens when you’re busy making other plans.” When Lauren left for school the plans were no longer “ours.” The world of individuality had opened its doors for her and she ran through them without knocking. We didn’t drift apart we sailed past one another on hurricane force winds. Her urge to take off, trumping my need to control and hang on.

We didn’t need phones to argue, or even proximity. Our angry voices echoed across cities. Texts were sent in ALL CAPS. Phone calls went unanswered and eventually the dialing stopped altogether.

We drank coffee separately last April 16th. I sent a text while looking over our picture books. She responded in a nice, but sterile way.

The two of us haven’t traveled together in awhile. School and work keeps Lauren from going too far from home. At least that’s what we tell each other. In truth, Lauren prefers me in tiny doses, enduring my company with an air of guarded tension. And while we’re no longer sailing past each other, our boats are nonetheless, moored in different ports. We’ve shared many adventures together, she and I. But no journey has been this long or difficult.

Wrapping up her text, Lauren ended with a compliment I didn’t expect, “I’m an art major now because of a world you opened up for me.” And there it was…my, ”Ah Ha!” moment. A dividend I could finally see. Traveling had done more than enrich us individually. It had been bridging us together all along. Crossing continents had connected me to other people and to myself, but now I saw it connecting me to my daughter. And she saw it, too. This April 16th we’ll share coffee over breakfast and a beer over dinner. She’ll thank me for her gift and I’ll thank her for her company. Before she leaves, we’ll hug each other and say, “I love you!” like we always do. We’ll turn and walk away, unsure as to when, exactly, we’ll see each again.

Our bridge may still be under construction, but we have the tools to build it and an adventurous spirit to cross it. Who knew the architecture of our bridge would be drawn in our travel docs? It feels good turning a new page in our lives. Thanks, in part, to our passports.

Meeting the Dutch in Thailand and Laos 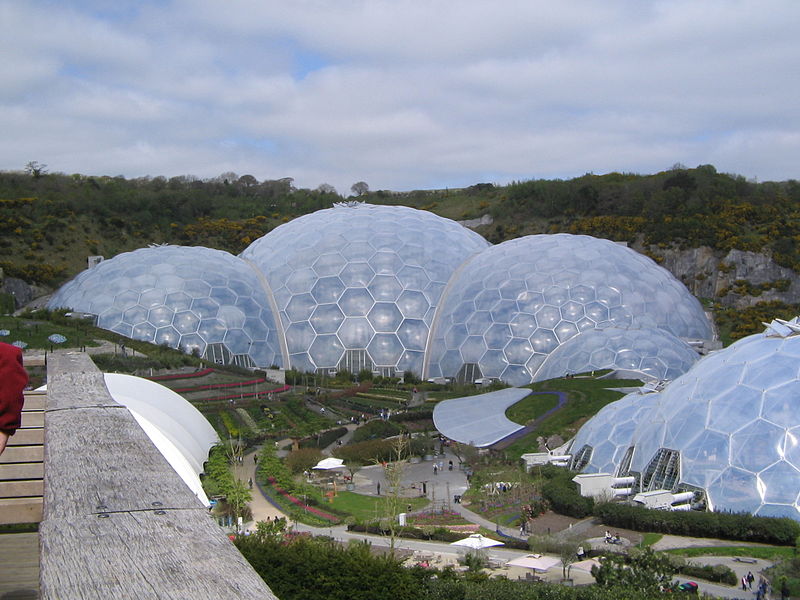 10 places to visit in Cornwall for nature lovers