Okay, put your hands up if you’ve heard of Rzeszow.

Thought not. Well neither had I. But that was until I went on a website that sifted through every flight departing Manchester Airport on New Year’s Day. The result was Ryanair to Rzeszow.

But where the hell was Rzeszow?

After a bit of Googling, I found out Rzeszow was in southwest Poland, quite near the Ukrainian border, actually. It was a fairly large city, with a population of about 200,000, and judging by the photos I found, it had a nice old town with a pleasing central square. There was only one more thing I needed to know, and that was how to pronounce it.

Was it something like Res-zow? Or perhaps Zez-ow? Or was it Res-oh? No, the actual way to say Rzeszow was an amalgamation of Shess-off and Jess-off. So now you know. Despite being the first day of 2013, the Ryanair flight was almost full to bursting. From what Angela and I could gather, we were the only tourists on board; everyone else was speaking Polish. After the usual scrum to bag a seat, we sat back, excited at our first trip of the New Year. Two and a half hours later we landed in Poland under a cloak of darkeness. The airport was modern though, full of welcoming relatives waiting beyond the barrier. “I think we’re going to like it here,” I said to Angela as we headed to a taxi. “Even if nobody has ever heard of it.”

The next morning was cold but after a warming coffee we were out and about, seeing the lay of the land. Like Google had hinted at, Rzeszov’s old town was deliciously pretty, full of warming cafes and medieval-style buildings. All of them looked well-kept and clean. In fact the whole city looked spick and span, far better than we could have hoped for. Along one shopping street was a brass statue of man holding a guitar, a famous blues man of the city, no less. Two minutes later we arrived at the medieval central square. It was gorgeous. Simple as that.

I had to nod in agreement. Rzeszow was Christmas card pretty. The whole square was surrounded by fetching medieval town houses which served as bars, cafes and even a casino. The town hall was the best building though, decked out in pastel cream and adorned with pointy bits on the roof. But the most eye-catching section of the square was the Christmas decorations, most notably the tree. Later in the evening it would be lit tastefully, surrounded by crown-laden decorations and a coating of snow on the ground.

Underneath the square was a vast series of tunnels and passageways, which had once been used as stores and shelter. In times of war, locals would huddle together in the subterranean world, but nowadays, the tunnels are a major tourist draw for the city. But when we inquired about visiting them we were told that no guide would be available until the day after tomorrow. Instead, we had a walk around the quite-gorgeous square and then found ourselves at a museum.

Museums, as any long time reader of my articles will know, were not really our cup of tea. And this one was no different, full of pots, fragments of bowls, bits of spear and particles of necklace. But it did have a noisy floor. Every footstep we took along the museum was accompanied by squeaks and creaks meaning that theft of the artefacts was an impossibility.

“This is boring,” said Angela, voicing my thoughts too. We were walking around a room full of paintings with placards written in Polish. But we had to look vaguely interested because of the museum ushers trailing us. Thankfully we came to a section dedicated to Polish soldiers and resistance fighters. Here is was more interesting. Rzeszow had been a major source of irritation to the Germans, due to the sheer amount of resistance fighters operating around the region, and we looked at uniforms, medals and weapons, the floor creaking with every step we took. At the start of WW2, there had been 14,000 Jews living in Rzeszow, we found out, over a third of the population. By the time the Nazis left, only 100 remained.

Rzeszow had an enormous castle surrounded by high walls. It reminded me of Wavel Castle in Krakow. Between 1821 and 1981, it served as a prison but now was a Court of Law. And just along from it were some gorgeous town houses which we stopped to admire.

“Do you know what?” I said as we stared up at gothic-inspired homes before us. “If it wasn’t so cold, I think I could live in Rzeszow.”

After a couple of hours in Millennium Hall, a posh and very modern shopping centre, Angela and I were back in the central square. Light snow began to fall and soon a thin covering of white covered the ground, giving it an even prettier look than before. As darkness descended and the twinkling lights of the square’s Christmas decorations came on, we both agreed that coming to Rzeszow had been a fine idea. More people should do it, before everyone discovered the beauty of a Polish town with an almost unpronounceable name. 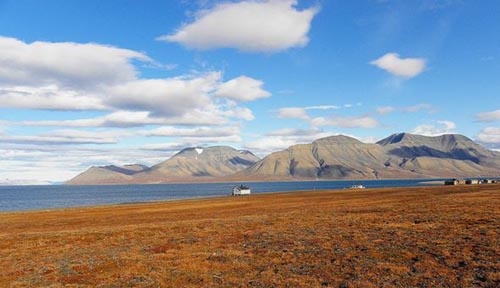 It’s Not Your Grandmother’s Steamship Anymore

Tips for traveling with kids without worries