As a somewhat literary traveller, my knowledge of Hong Kong has been, till now, largely confined to John Le Carre’s The Honourable Schoolboy and Eileen Chang’s Love in Fallen City. Both of these books set the city in a somewhat atmospheric remove from the bustling, noisy city which awaited me when I touched down at Hong Kong International Airport. For a truly urban experience, Hong Kong supplies all the necessary ingredients: the modern high rises, the stench of diesel exhausts, the haze of cooking fat from the street food stalls, the palpable atmosphere of commerce and capitalism.

To state the obvious, the history of Hong Kong has been somewhat turbulent. For many years, it was affiliated with the British Empire, a permanent territory of the United Kingdom up until 1997 when it relinquished control of Hong Kong back to the People’s Republic of China. Much like Macau, Hong Kong operates its own affairs while technically being affiliated with China. It has its own judicial system and it is able to manage its affairs separate from Beijing. Being there in 2013, it is officially China but it doesn’t really feel like it. It’s still Hong Kong, and there’s very little about it to make one feel the presence of the Communist Chinese state.

By spring, the temperature here is already staggering. The first thing I noticed about Hong Kong is its tremendous skyline, with its more than 7500 buildings. The soaring skyscrapers are set, somehow, in a terrain which is surprisingly mountainous, giving rise to much speculation of why such a city would appear here. An old snack vendor told me it was once the most famous pearl hunting harbour in Asia, which confirmed my impressions that it’s the harbour, conveniently situated and a safe haven for shipping, which brought about the establishing of this major city here. To gain a birds eye view, I took the tram up to Victoria Peak, along with hundreds of other camera wielding tourists. This tram runs between 7 AM and midnight, so I timed it towards late evening to gain a view of the metropolis lit up at night, truly a staggering sight if one considers the energy output alone!

Across the water from Hong Kong island, lies Kowloon, the area is bordered by the Lei Yue Mun strait to the West. Visiting Kowloon gives on a chance to reflect on the island from a distance, and also to gawk at the extraordinary multiculturalism which Hong Kong’s prosperity has attracted. Strolling here I saw every nation under the sun, with the food shops and cultural hang outs to boot. There are scores of Africans and Indians, in particular, and their communities seem to bring a little of their homelands to the crowded streets of Kowloon. Many tourists come here to pick up some of the electronics for which this part of the world has become famous and it’s true there are bargains to be had if you’ve got the stamina for the bargaining, and the know how to find the right spots. Personally, I was thinking of buying myself a new laptop but could only find prices which were very marginally cheaper than what I could find back home. In the end I chickened out, slightly relieved not to have carry the new gadget through the boiling streets back to my hotel.

Being something of a foodie, Hong Kong’s street food was very much part of the attraction for coming here. Having joined a market day tour with a company called Exotissimo, I tucked into some black sesame tong yen, which are basically glutinous rice balls filled with a sweet and stick mixture of ground black sesame seeds. The Sham Shui Po neighbourhood is full of the little stalls which make these delicacies: mine was topped with chopped nuts and certainly ranks as one of the best street foods I’ve ever encountered. Later in the day I had An “Eggette” or gai daan jai in Cantonese, which is a waffle made from egg custard and cooked with theatrical aplomb in cast iron waffle makers. Absolutely delicious and a fantastic Hong Kong experience. 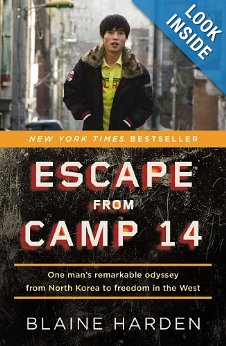 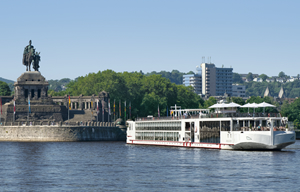 Spending a day in the beauty of Russia: where to go