It was a night to venture out, somewhere away from the vicinity of my hotel. I flagged down a tuk-tuk, which wasn’t difficult considering the large number of them in the area looking for business. I negotiated with the driver and got a deal for two dollars. He was asking three dollars, which I thought was unreasonable. Even though we travelled through some suspect areas on the ten minute ride to the “Heart of Darkness” bar, I felt safe. There were other restaurants and bars in the immediate vicinity, so it seemed like a good place to spend a few hours. I parted with my two dollars and the tuk-tuk driver was happy enough that he wondered if he could pick me up later. I declined as I had no idea how long I was to be in the area. I had read about the Heart of Darkness bar before I came to the city and knew it had some notoriety. The name of the place is associated with the brilliant Francis Ford Coppola movie called Apocalypse Now. In fact, I believe there is a connection between this bar and the Apocalypse Now bar in Ho Chi Minh City in Vietnam. Maybe it was a bar chain or owned by the same company or individual. Inside it was decorated quite tastefully, with modern furniture, a pool table and lots of stone, but it wasn’t how I expected it to be. The movie Apocalypse Now features a trip up the Nung River deep in the jungles of Vietnam, so probably I expected something more lifelike, maybe more wood or trees and if not real trees, artificial ones would have been okay. As the speakers blasted out hip-hop music, it just didn’t seem right to me, however I had to realize it was a bar and playing jungle sounds would not have attracted paying customers. As it was early in the evening, about eight o’clock, there were only a handful of people present. I talked to one of the bar staff for a while and he mentioned that the place never really becomes busy until about eleven o’clock. I purchased a T-shirt, only to lose it later on some other trip, which was very annoying, as I really wanted that souvenir. It was like a rare find. No one I knew would have had such an item, as apparently they can only be purchased at the bar. I didn’t even stay for a drink and walked about fifty yards to another decent looking establishment called the Shanghai Bar.

There was nothing Chinese-like in the décor of this place, however there were twice as many staff as customers, so the service was very friendly and almost over-the-top. If I walked out of this place, I think a group of them would have followed me and dragged me back in and forced me to buy something. One of the staff, an attractive Khmer girl in her twenties immediately became my girlfriend for the duration of my stay in the Shanghai Bar. She spoke good English and I managed to squeeze out of her an intellectual conversation and about three games of pool. In my past experience of playing pool in Asian bars, it was always incumbent on the loser to buy a drink for the winner, but apparently it’s the reverse scenario in this bar. I suspect the rules change depending on the result. I was compelled to buy her a drink and as is typical in this kind of place; her choice was an expensive combination of liquor, however still quite cheap compared to other countries. After an hour of socializing, I decided to leave, although as I heard those persuasive words I have become so accustomed to hearing of, “Where you going? I come with you”, I felt some element of guilt, until I entered the Walkabout Bar, an Australian themed establishment across the street.

I then realized I was on a pub crawl of sorts. This however was a unique experience, visiting a row of bars in a lively area of Phnom Penh, Cambodia, a nighttime activity that never before crossed my mind as something I wanted to do, until that moment. I remember telling friends back home about this night, but they didn’t really understand why I would do such a thing and thought it was pretty strange that I should travel to a far off distant place to one of the poorest countries in Asia to have a drink.

The Walkabout Bar was busy, obviously attracting the early evening crowd, although at ten o’clock it was quite late in my reckoning. I bought myself a raffle ticket, because it was the weekly drawing for a fifteen hundred dollar prize. It was a two tiered process, whereby a ticket was drawn and the winner received a free drink and also had the opportunity to open a door to a small box, one of twenty in a cabinet, where apparently laid an envelope of cash. One box was opened per week and stayed that way until the prize was claimed. The night I was present, there was only five unopened boxes left. The drawing was made and as the owner of the winning ticket opened one of the five, a loud sigh echoed throughout the bar. Four boxes were left and the regulars had to wait until next week for another chance.

I started talking with a couple of men in their sixties. One was from Phoenix, Arizona, and the other from Perth, Australia. Bill, the American, had been married and divorced three times and had triple by-pass heart surgery three years ago. He made a decision two years ago to live in Asia, finally deciding on Phnom Penh instead of Bangkok from his short list of two places.

“Take a look around, what do you see?” he replied.

“The place is full of Cambodian girls, presumably most of them hookers” I said bluntly.

“Exactly. I have everything I need right here. If I decide to have female company one night a week or every night of the week, I can do that. No obligations and no need to take them out for an expensive meal. Just great company whenever I feel like it” he described.

I noticed from his demeanor that he was contented.

“No regrets then?” I asked.

“I’ve been here two years and enjoying life. One of the best decisions I ever made. I fully expect to keel over with a heart attack one day, but that’s OK. Might as well go out with a bang. This life is much better than being back in Arizona bored and after three wives and financially costly divorces, it’s quite obvious I am not cut out for that way of life”, he detailed.

“So what will you do about urgent medical attention, if you need it?” I asked, understanding full well that with anyone in their sixties, there is always a chance that something important in the human body could break.

“No problem” he said, “I took out some good insurance before I left, that if I need some urgent attention, I will be flown to Bangkok, where there is first class medical care”.

“Okay, but you are in your sixties and you seem to have the attention of these young Cambodian girls. How?” I asked inquisitively. I made this comment because it was quite evident that he was a regular customer and there was quite a lot of banter between him a few female customers.

“Well I can buy Viagra here and I pay them well”, he summarized.

He walked over to one girl that he seemed to know. Maybe she was a regular acquaintance. I then turned to Bill’s friend Greg, the Australian.

“Isn’t Bill worried about contracting some funky disease, or maybe he doesn’t care” I asked.

Greg, being sort of protective of Bill’s lifestyle said, “It’s a subject that’s not really discussed. You have to respect the girls here. They have to make a living. Without the likes of Bill and me, these girls would go without food and clothing. We know the risk and are prepared to accept it, but take all the common sense precautions”.

He then pointed out a girl sitting at the bar, who he knew had HIV. She was there hoping to pick up some unsuspecting male. I assumed that since Greg and Bill knew this and being regular customers, that the manager or owner of the bar would know it also. So I wondered, that if the bar manager saw a customer leave the premises with this particular girl, would he attempt to intervene and warn him.

I must admit, there was a good atmosphere in the place. People were having fun with plenty camaraderie from the many ex-pats present. I stayed there for about an hour, talked with many people, including tourists and locals. It was just after eleven when I left. Outside was a line-up of tuk-tuks, just like taxis outside of a Las Vegas hotel. It cost me three dollars for the return trip, so maybe the extra dollar charge was for the late hour ride.

I stopped for a night cap to end my mini pub crawl at the Oasis Bar on 136th Street. It was small but very lively, as the customers inside were pretty lit up. As I entered, it was as if someone from the royal family had entered. Four hours earlier, no one would have moved from their seat.

“Come on in, sit down, have a drink. We’ll take good care of you,” said one of the hostesses, almost drowned out by the loud music emanating from the boom box behind the bar.

It was late in the evening and I suspect the girls who surrounded me at the bar were all looking for a companion for the night, because it was only ninety minutes away from closing time and getting more likely that a potential paying customer would not be arriving any time soon. The other foreign customers, which were all male of course, were struggling through conversations with their girlfriend of the night, either because they were drunk or the language barrier, but more likely a combination of both. I stayed for about thirty minutes, before I decided to retire for the night because I had actually had enough of socializing and wanted some peace and quiet. It had been a long day and I slept for about ten hours. 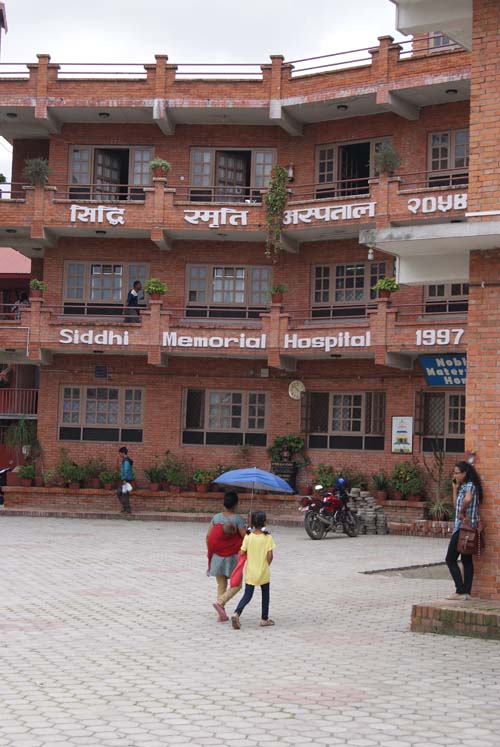 The mountain tribes of Switzerland: meet the Walsers