Marrakech is one of Morocco’s largest and most visited cities, experiencing millions of tourists every year. Just southwest of Tangier, and overlooked by the Atlas snow-capped mountains, it’s around 200 miles from Morocco’s capital Rabat, and around 150 miles southwest of Casablanca. Not only is it the most important city in the country, but it also the tourist hub too, and having been founded in 1062, many of the original mosques and buildings remain historical attractions, even though they’re mostly ruins. There’s no better city to experience diverse and vibrant culture than Marrakech, if you’re thinking about taking a vacation to this wonderful city, here’s a brief overview to get you started on your travels. The History of Marrakesh

During the Neolithic times, farmers were the first to inhabit the city now known as Marrakech, originally founded in 1602 by the son of King Yusuf ibn Tashfin of the Almoravids. By order of the king, schools and mosques were built in the desert surrounding the farms, over the course of the next few years, Marrakech became a centre for trade and religion.

Due to the increase in trade, the king increased taxes, and the money was used to build luxurious palaces to entertain the country’s royal guests. These palaces were designed with a unique style of architecture in mind, mainly to withstand the desert stand storms, however instantly becoming iconic of the city. As the city became more popular around easten Africa, it was named the capital of the Almoravid Emirate, and it even stretched from the cenre of Spain to the Senegal coastline. Nowadays, Marrakech is one of the world’s most important Islamic cities, and many Muslims travel here for religion pilgrimage.

When it comes to the economic vitality of Morocco, the city of Marrakech is very important. Not only does it promote the culture of the nation, but thanks to the city’s diverse and sustainable trading, from gems and fabrics to food and tourism, continued investment in Marrakech during the global economic crisis allowed the city shelter from most of the world’s financial troubles. Furthermore, recognising that tourism is a key component to Morocco as a whole, King Mohammed VI believes that with more investment, the country can attract up to 20 million visitors every year. Souks are another important factor when it comes to Marrakech’s tourism fuelled economy, and there are no less than 18 around the city! From copperware to pottery, leather to art, over 40,000 people are employed in the souk industry, and many more in the import sector. Home to three huge shopping centres, numerous spas and luxury hotels, and a wealth of historical and modern architectural delights, tourists will have no problem finding entertainment in Marrakech.

If there’s one attraction you simply can’t miss out on in Marrakech this year, it’s the Royal Palace. Known as Dar el-Makhzen, it can be found next to the Badi Palace, another famous landmark, and built in the 12th century, legend has it that the King hand picked the construction workers to create the palace.

Under the volcano in a Costa Rican National Park 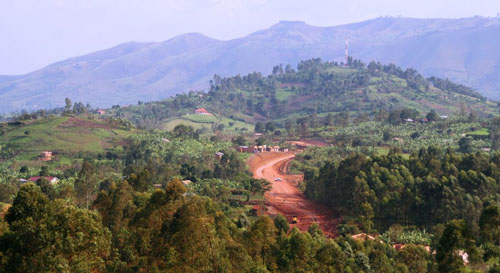