It’s no secret that Egypt has received some less than favourable press recently. Political upheaval in the region is, put bluntly, scaring tourists off. It seems altogether easier and safer to pick somewhere less challenging. But rewards don’t come without the odd challenge; so off we trotted, to the city of Luxor for one week and one week only.

There aren’t many places you can get to in around five hours and feel like you’re on another planet. Arid, fragrant, built up, electrifying; Luxor air is alien and exciting as soon as it entered our lungs on the runway tarmac. The city is located in southern Egypt, 650km from Cairo. It’s split in half by the Nile: on the East Bank you will find a very Egyptian metropolis that has developed in the shadows of the Luxor Temple and the Temples of Karnak. A ferry ride to the West Bank takes you to the Valley of the Kings and the Valley of the Queens. The climate is hot hot hot, with average highs of 41 degrees. I’m happy to report it was 52 degrees for our visit; 33 degrees in the coolness of the pool.

And what a perfectly poised pool we had, on the banks of the Nile, where we sat and wiled away the hours watching feluccas and cruise liners meander down the world’s longest river. We stayed at the delightful Sheraton (Al Awameya, P.O. Box 43, Luxor 83951), where the helpful staff and charming buildings took us far away from the bustle of the city.

So serene is the Sheraton in fact, that we were completely oblivious to a full scale riot over a land dispute at the entrance until we ventured out for a can of coke from the local shop. Two hundred locals, four hugely imposing tourist police vehicles and some very stern looking state police offices wielding very serious looking guns all escaped our notice while we were flopped out reading The Great Gatsby and slurping poolside Pina Coladas. I appreciate that this kind of scene would send alarm bells to many a traveller but if that’s you I would urge you, in the words of Frankie, to ‘relax.’ The police had it all in hand, it sounds worse than it was!

With coke at the ready and riot reported we could get back to Luxor’s delights. Principally it offers a brilliant mix of relaxation and fascination: a slew of hotels sitting in the best open air museum on earth, which allowed us to pick and choose between relaxing at the hotel, sightseeing and exploring a hectic city centre.

I am a bit of a self-confessed history nerd and it was the Egyptians that started it all off. So bizarre is their penchant for tombs of unimaginably elaborate proportions that I defy anyone not to get excited by it all. I don’t remember a single child in my class that didn’t want to call their cat Rameses, or the class chinchilla Horemheb- OK I went to private school, we had a chinchilla and the kids thought they could go around naming cats Rameses. But my point is early Egyptian history is simply spectacular. For a hard hitting quick fix of masterpieces we go to the magnificent Luxor museum (Corniche An-Nil East Bank). The compact building houses an array of incredibly well preserved relics including a Statue of Tuthmosis III in greywacke and a statue of crocodile god Sobek sitting alongside Amenhotep III. The history teachers at school were not wrong when they told us how crazy the pharaohs were about impressing the gods. The museum also houses two haunting royal mummies, which are fascinating, if not a little macabre.

The word on the street is that the best way to experience Luxor’s delights is by hot air balloon. So up we went on a flight to rival Philleas Fogg’s escapades. Picked up in the still of the night, we were transported by boat to the West bank before we’d scarcely opened our eyes. We were guided by Mohamed from the fantastic El Sherif tours, who tells us the plan for the day and asks rhetorically if we agree. He adds: “Of course you do, you have no choice.” And despite Mohamed’s words of encouragement I was glad we took off in the dark so I couldn’t see how high we’re going until we got there and it was too late to back out.

As the first embers of light emerged and the sun rose we took in the utterly breath-taking sights before us. Nature’s palate of scarlet, crimson and orange was unforgettable from 600ft, soaring above the vast desert and ancient relics below. The Colossi of Memnon and a bird’s eye view of Queen Hatshepsut’s temple were pictures and memories that we’ll treasure for years to come.

Now I realise it seems all we did was either act like proverbial history boffs or conversely laze around the hotel like Brits abroad but you’re forgetting one vital pastime: sampling the local delicacies.

For a dinner with an elegant yet rustic charm we headed to Sofra, (90 Sharia Mohamed Farid). The décor is almost as delicious as the food and the restaurant is a great place to experience a slice of real Egypt, in the old town away from the tourist hustle and bustle. A soundtrack of calèche ponies trotting through the cobbled streets echoed up from the streets below. We ate on the magnificent roof terrace, with its array of eclectic furnishings that would make Kit Kemp proud.

Our waiter was possibly the nicest man in the world, helping us choose and checking we knew which end a shisha pipe was which by gently asking: “Have you smoked the water pipe before?” Try the mixed grill for, hands down, the best kofta I have ever tasted. Another option, Ghazala, is situated opposite the Steigenberger Nile Palace Hotel, on the top floor of a 1970’s industrial building. After climbing the long grey stairwell we chanced upon the open air terrace with handmade personal gazebo’s for two, where floating white linen drapes sit above ornate tables. This spot is another great place to get away from the hectic tourist filled streets below. To partake in the full Egyptian experience we had the flavoursome Baba Ghanoush with homemade flatbread followed by the extremely tasty Grilled Fish and rice. To top it off we shared a Deluxe Grape shisha. Incidentally we would not recommend this latter option unless you are used to at least forty packs of Marlboro Reds a day and can take the tobacco hit. As the deluxe grape almost knocked our heads off, heaven forbid what the ominously named ‘Ley Medical Shisha” that was also on the menu would be capable of! All the same, Ghazala, is a serene hidden gem in Luxor.

Unfortunately I’m unable to pass on the details of our favourite place to eat in Luxor. Not because it’s members only and not because those who need to know already know. The best meals we had were at a small stall on a barely lit, nameless street in the city. Ignoring many a horror story about the effects of Egyptian food we ate wholesome and intensely flavoured falafel pittas costing 1 Egyptian Pound each. We sat opposite quizzical Luxor locals at a ramshackle plastic table and chatted in broken English to Bomani, the owner. On our last night he introduced us to his grandson, Two-Sandwich Norman. Yes that was really how he introduced him.

We were largely ignored walking home through the throng of the city streets. It is not until you enter tourist-ville that you get famous lines like: “For your girlfriend I give you 5 camels. No? Ok ok, 7 camels, I give you 7 camels. Good price we have bargain YES. You like papyrus, I add in papyrus paper, just for you, she stay with me.” Or: “You are a lucky man, does she have sister? Does her mother need a husband? No, ok, how old is her grandmother??” Or more unusually when we were propositioned by a young Egyptian woman: “Are you married? Well sir, do you need another wife?”

Yes there is a little of the sometimes overpowering ‘banter’ between tourists and those locals who rely on them for survival. And sometimes this banter seems overpowering. But in a way it is no worse than being on a tube with fifty grumpy commuters who speak the same language, live in the same part of the city and can barely raise a smile to each other or even give up their seat for a pregnant lady. Nowhere is perfect.

Luxor is a far cry from the man-made tourist trap of Sharm and offers a majestic array of other worldly charms. It is a city of dramatic contrasts; a rare mix of relaxation and ancient history. Look past the political provocations and go to see Luxor’s enchantment for yourself. 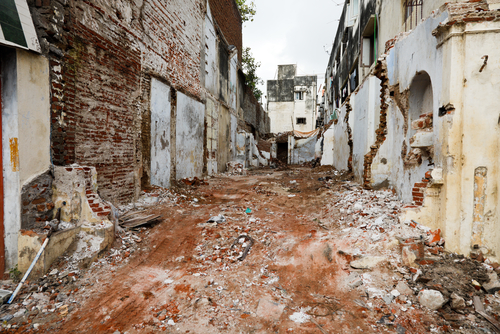 Where cows and princesses glide through mud 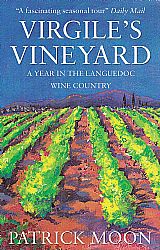 Tricked out of truffles in rural France