Interesting fact: Apparently, duelling is legal in Paraguay as long as both people are blood donors.

Most people who visit South America miss Paraguay out. As Angela and I sat in the back of a taxi, bouncing along the uneven road towards the centre of Asuncion, we quickly realised why. Broken down buildings, cracked pavements, groups of teenagers swilling cans of lager in a city square, Paraguay’s capital was a dirty, down-at-heel place that seemed to know that tourists were not going to come and had therefore given up any semblance of making the place look nice.

“Do you know what it reminds me of?” said Angela half an hour later. We were walking along a street near our hotel. Evening was fast approaching, and graffiti was everywhere. “A rough council estate in Northern England. I can’t believe this is the capital of Paraguay!” I had to agree. After visiting cities across more than ninety countries, Asuncion had to be close to the bottom. In fact, I was struggling to think of a less appealing place I’d been to. We turned off one street and onto another. Dirty buildings were all along it, as was the occasional policeman carrying a hefty automatic weapon. Suddenly, a loud hollering caught our attention. A crowd of men were huddled around a small outdoor TV showing a football match. From somewhere else a dog barked, its yaps reverberating around the bleak buildings of downtown Asuncion. Yes, I thought, we’ve finally hit rock bottom.

So why did we include Asuncion in our South America trip? Good question. There was a simple answer though: no one ever went there. People went to Rio, people went to Machu Picchu, and people went to Santiago in Chile. Plenty of travellers also visited Argentina and Uruguay, and plenty more went to countries like Ecuador, Colombia and Venezuela. But no one ever went to Paraguay, so that was why I’d included it in our itinerary. A silly reason, really.

“I knew we shouldn’t have come here,” said Angela. We were traipsing back towards the hotel, hoping to spot a decent restaurant on the way. “I didn’t even want to come.”

“I know. But at least we’re only here for one night.”

We couldn’t find a restaurant that was open. Indeed, the only places that seemed to be doing any business at all were a few bars and one small shop.

“Jesus,” whispered Angela as we browsed the threadbare shelves of the shop. A few tins of this, a few packets of that: it was as if we were in Eastern Europe during the communist days. Angela had been hoping to buy a bar of chocolate, but the only thing on offer was a packet of chocolate-covered wafers. “Get me out of this God-forsaken place,” she said, a stunned expression on her face.

Back at the hotel, after eating an overpriced meal in the in-house restaurant, we retired to our room. On the ceiling, next to the strip light, was a hook. When I pointed it out to Angela she said, “That’s for the noose when you’ve had enough of Asuncion.”

Paraguay had been through a rough time, though. Despite being the first South American country to declare independence from Spain, it quickly found itself in the hands of a mad dictator called Jose Gaspar Rodriguez de Francia.

Francia was the first in a long line of Paraguayan crackpots. As soon as he came to power, he began cracking the whip with gusto, not concerned in the slightest that people might consider him a despot. In fact, his official title was Supreme and Perpetual Dictator of Paraguay, so it seemed Francia was not bothered at all. He quickly banned opposition parties and then created his own secret police. He also established his very own prison called the Chamber of Truth. Inside its dank walls, anyone the president didn’t like was tortured until they confessed the truth: that they were traitors to the country. For his own entertainment, Francia had a large window installed in his palace. He then made it mandatory for all executions (and there were many) to take place outside it. It was a nice distraction while he sipped on his afternoon tea.

Politics wasn’t his only area of madness; Francia particularly distrusted marriage, to the point where anyone who wanted to be betrothed had to pay a huge tax to the government, and then had to have Francia conduct the wedding himself. These measures usually were enough to put most people off.

Francia didn’t like the idea of marriage because he liked the freedom to have affairs with as many different women as he could. Indeed, he ended up fathering seven illegitimate children in the process, and when one grew up to be a prostitute, Francia declared it a legitimate profession.

During his 26 years of absolute power, Francia became the victim of so many assassination attempts that he created a bewildering array of ruses to combat attempts on his life. He outlawed bushes along any street he wished to walk upon, thereby rendering hiding places for assassins obsolete. He took to sleeping with a gun under his pillow, and because he slept in a different bed every night, this meant a lot of guns. Nobody was allowed within six paces of the dictator, and if any local person happened to encounter him on the streets of Asuncion, they had to immediately throw themselves to the pavement or else risk being shot. Also, in an unprecedented act of paranoia, he ordered his own mother killed, fearing that she wanted to usurp his presidency.

So with a despot like that in charge, it wasn’t surprising that Paraguay ended up being a little off kilter.

The next morning, Sunday, even the weather got in on the act of making Asuncion look grim. It was overcast and grey, adding a further element of gloom to the city. We’d read that Asuncion on Sunday would be like a ghost town, but as we wandered around, we decided it was more like a scene from an apocalyptic horror film. Shambling wrecks, sometimes by themselves, but mostly in pairs, were wandering around, often grinning, always scary. As we walked down one deserted street, we heard a god-awful clattering behind us; we turned to see a man pushing a supermarket trolley down the middle of the road. In the trolley were a human skull and a bag of dead pigeons (actually, there was nothing inside it at all). When he passed us, the man turned to stare, an open expression on his face. We turned up another street and passed a comatose tramp curled up in a doorway. His bare feet were cracked and blackened. All Asuncion needed was a black crow sitting on a lamppost and the scene would be complete. “I thought it might look better this morning,” I commented. “But if anything, it’s worse.”

“You don’t say,” replied Angela, sidestepping some dog mess lying in the middle of the pavement.

Many of the buildings around us were dirty and in need of repair, some even looking like they had been gutted after some terrible fire. Decrepit buses rumbled up and down the uneven streets and dogs barked at us from high fences. Asuncion was the city of the damned.

In Plaza de los Heroes, we thought we might find a semblance of beauty but instead we found a dirty green park with a statue in the middle. Another vagabond was asleep on a nearby bench. The statue’s base was covered in graffiti and someone had even managed to place a plastic bottle in one of the statue’s hands. The place looked unloved and forgotten, much like the rest of Asuncion. What made it worse was that the plaza was actually a memorial to all Paraguayans who had died in the Paraguayan War of 1864.

In that year, the country had battled not one of its neighbours, but three. Brazil, Argentina and Uruguay took to arms against their landlocked neighbour over a territory dispute. With such a huge force against them, the Paraguayans didn’t stand much of a chance, and were soon losing on every front. Indeed, by the latter stages of the war, Paraguay was sending its soldiers into battle without weapons. They were expected to take them from the enemy. In the end, the triple alliance utterly defeated Paraguay, devastating the country’s economy and decimating its population. More than 60% of Paraguay’s population died in the war, which meant that in some parts of the country, the ratio of women to men was 20 to 1.

Angela and I stared at the monument. “You’d think,” I said, “that the locals would look after it a bit more. They don’t seem to have any respect for their own city.” We left the park by its northern entrance and headed towards the river.

A car passed us and its driver threw his rubbish out of the window. A few metres more and he tossed some more out.

Read his full adventure, down to Rio de Janeiro, by buying Jason’s ebook. 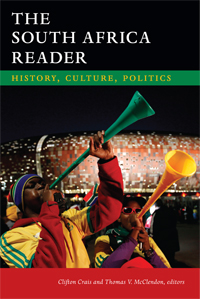 The game-park myth of ‘Timeless Afrika’