A short distance from the hustle and bustle of crowded Parisian streets, there lays a small medieval town called Provins just waiting to be explored. This little sleepy village has much to offer any type of traveler, from its magnificent 12th century cathedrals to its scrumptious patisseries and picturesque waterways. Life in the village seemed dormant and quiet when we arrived, but then again the day we decided to visit was an incredibly cold and wet fall day. Nonetheless after a little over an hour on the train, we followed the giant looming cathedral on the hill and were happily surprised along the way. Snaking behind houses and in-between streets are some little rivers that almost give you the feel of being hundreds of miles away amongst the water ways of Venice. But we’re brought back to France by the lovely medieval houses adorning the streets. With old wood work and an array of colors, the walk through the new city and up to the old is quite pleasant and after making our way up a small hill we reached the Saint- Quiriace cathedral built in the 12th century. The pink marble inlayed around the center of the dome’s interior stood out as something not often seen in the cathedrals I’ve been to around Europe. It was quiet and the remnants of paint on the walls makes you wonder what this church must have looked like when it was built, nearly a thousand years ago.

Just across the square and up a small hill there is another looming building which resembles a fortress and is called Caesar’s Tower. It was once used as a prison but is now the bell tower for the church. We tried to enter but found out that tours didn’t start for another hour or so and decided to find someplace to eat before going back to view the inside. Just a couple minutes’ walk away is the big old town square, fortunately adorned with little restaurants on all four sides. We made our choice and gladly accepted the warmth upon entering. After reading the menu, which was in both French and English, we decided on their special. Crepe with onions, potatoes, sausage and gravy as well as a warm mug of rose hot chocolate. This little town is known for their roses but I’d never had hot chocolate flavored with them and as a lover of hot chocolate, I was very pleased with its rich flavor. We’d spent enough time refueling and warming up that we were now ready to enter the Tower. There were many different levels and each one offered a gorgeous view of the little town and surrounding areas, as you went higher and higher up, the panoramic picture just got more and more beautiful to look at. The rooftops were interlaced with trees in all shades of fall colors; reds, oranges, yellows and golds. Those made it even harder to pull ourselves away and explore the innards of the structure. There was a large main circular room and smaller ones that opened up at different points along the circle. The highest level housed the bell or two actually, and is surrounded by wooden planks so we weren’t sure at first what we were looking at till I spotted a bell behind all the crisscrossing wooden beams. We stayed up there enjoying the view as long as we possibly could but once our extremities started to go numb, we reluctantly left to finish wandering the town.

One of the best ways to experience a European city is to stop in a local bakery or, in France’s case, a patisserie. So we purchased a few deliciously odd looking items to enjoy on the train ride home. Walking along we found a few more incredibly interesting churches like Saint Crioxe, laced with statues of all sorts and gothic architecture as well as the bell tower of Notre Dame- du- Val. Eventually wandering too far and reaching a park where we stopped to feed some ducks, we realized we needed to be at the train station quite soon and had no idea where we were. So after asking directions quite a few times, we were running through the town, trying to take it all in one last time as we sped by! I yelled a good bye and thank you to one of my new favorite little towns, and upon reaching the station with a few minutes to spare; we caught our breath and boarded the train. On the way home I enjoyed my pistachio éclair while being mesmerized by the brilliant orange sun setting over the hills in the distance.

More by this author on their excellent blog. 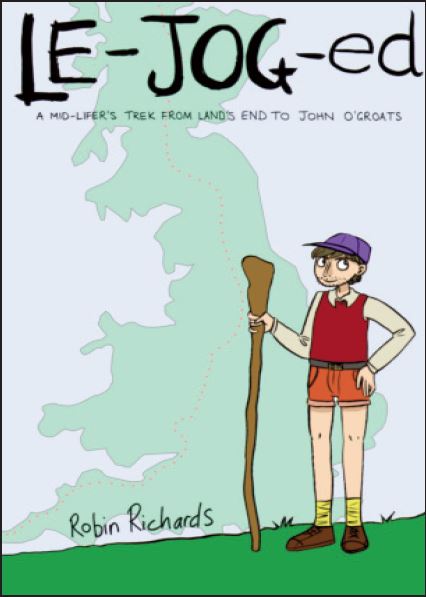 A risky shortcut across a Cornish beach

Sharing Krampnitz with the ghosts of Nazis