For those passionate about football Rio is the place to be. I watched matches at the Maracana Stadium which at that time could hold as many as 180,000 spectators. There were always kids playing in the streets and games on the most famous beach in the world – Copacabana – which lies under the watchful eye of Christ the Redeemer and in the shadow of the Sugar Loaf Mountain. Everywhere in Rio you will see the most amazing soccer skills. Even the waiters in the bars and restaurants can flick the top off your beer bottle, catch it on the instep, tap it in the air with their toes a number of times then side-foot it over the table into the garbage bin. Once, from a hotel window overlooking Copacabana Beach, I saw two young kids practising bending free kicks from various angles at a distance from the goal; they actually spent most of the day practising just that one thing and nothing else. Beach football is incredible to watch. The stamina and ball skills that Brazilians display on the sand are remarkable. My advice is to watch and not try to participate however good you think you are. Among the well-tanned, toned bodies you will be reduced to a white, breathless gringo, running around in circles, trying to get a touch of the ball with what in the sand feels like two left feet.

At league games, Brazilians are not good spectators and are very impatient. During a bad game you often sit with all kinds of garbage raining down on you from the stands above. During one game I went to we got drenched with some amber-coloured liquid and I naturally feared the worst. The guy with me, however, put me at ease by explaining that beer is normally cold and urine is warm, and as this particular substance was cold I didn’t need to worry. The beautiful game as it is called is not always beautiful but always unpredictable and can be enjoyed all over the world.

Supporters are much the same from country to country. We stayed one time with a Brazilian friend who was playing for a team called Espinho in Portugal and I went to watch him play against the top club, Benfica. I had a few pre-match beers on the way to the ground and once inside stood among some local Espinho supporters. During the game a fight broke out in front of me, distracting my concentration, so, as my alcohol level was still high, I got among them and told them to break it up as I was trying to watch the game. They were somewhat surprised that I spoke Portuguese and one guy asked me where I was from; I told him I was from England.

‘Well, English supporters are the worst and fight a lot, don’t they?’ he said.

I answered, ‘True, but we fight with the opposing supporters, dickhead, not our own.’ Football is very popular in Myanmar (Burma), a country that lives under a cruel military dictatorship. One bad word against the regime could get you ten years imprisonment or worse. The people do, however, enjoy going to watch military teams involved in a game, as it is their only chance to shout abuse at the military and call them all the arseholes under the sun without any repercussion.

Burmese teams have sexy names, like The Central Hospital XRay Department Eleven or Municipality Garbage Disposal Rovers. In his book, The Trouser People, Andrew Marshall asked a Burmese friend during a game if they give their teams nicknames for short, like we would have United or the Blues, for example. His friend looked at him strangely and said, ‘No, why would we want to do that?’

I remember going to watch my team play an away game many years ago against Derby County. Coventry had just bought the most expensive fullback in the country – I think his name was Wilf Smyth – paying £100,000 for him. We got to Derby and parked the car near the stadium in time for a few pints of beer. Walking to the ground it poured down with rain; it was a freezing cold night and we got drenched through. The game started and with his first touch of the ball, Smyth got clogged and was stretchered off. Within thirty minutes, Derby had scored three goals. We stood on the terrace dejected, freezing cold and wet, arguing about whose stupid idea it was to come and watch this shower of idiots. Then Coventry scored a goal, then another and went on to win 4–3 with Coventry’s goalkeeper saving a penalty in the last minute to secure the win.

We were driving gloriously away from the ground, each of us denying that we ever doubted that Coventry could win, when a very large figure appeared out of the darkness in front of the car, signalling for us to stop. The car door opened and the biggest cop’s head I ever saw peered in. He looked at all six or seven of us sitting on top of each other (it was a small Hillman Imp) and said to the driver, ‘What the fuck are you doing driving the wrong way down a one-way street with no lights?’

Chick, the driver, was speechless for a minute and then stuttered, ‘I’m sorry but we don’t come from around here. We only came here to see the game.’

The copper thought for a minute and said, with a smirk on his face, ‘I see, and where you come from don’t they have lights on cars or one-way streets?’

We were all waiting for Chick’s next words of wisdom when the cop said, ‘It smells like a brewery in here. Now fuck off home to wherever you come from before I breathalyse and book you.’

I am sure that if we had been doing anything other than watching a football game the cop’s decision would have been different.

Extracted from Martin Oliver’s book ‘The Never Lonely Planet‘. All proceeds of the book will be donated to ECPAT, an organization to combat and End Child Prostitution and Trafficking Worldwide. 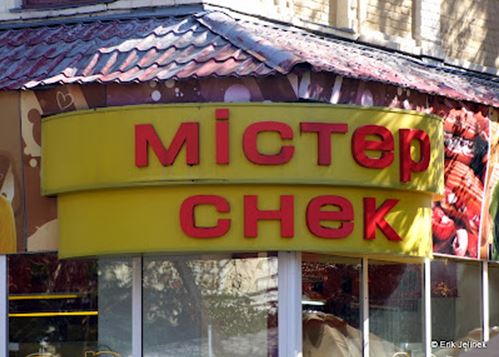 A visit to Ukraine, when such things were possible

A turbo tour of Ayyutthaya