The most treacherous route for Dominican emigrants to take to reach the United States is crossing the stormy Mona Passage to Puerto Rico in small boats called yolas. Predatory criminals control this human traffic, which began in the 1970s and has killed untold thousands of desperate people.

The great merengue artist Wilfrido Vargas wrote the hit song “La Yola” in 1983, when economic hardships were causing an increasing number of Dominicans to attempt the passage. Its lyrics catalogue the dangers of the crossing:

Don’t climb aboard that yola because they’ll treat you wickedly.
Don’t climb aboard that yola because they’ll throw you in the sea.
Stay in your homeland, with your friends and family
and not on the high seas without knowing if you are going to arrive.
Listen to this advice, my brother.
things are as bad over there as in our country.
Puerto Rico is close but get on a plane.
And if you get a visa, immigration’s no pain.
But don’t fool yourself and get on a boat with those easy marks
because in the Mona Passage you’ll be eaten by sharks.

As a native of the coastal city of Puerto Plata, Vargas may have drawn from his personal familiarity with the sea in singing about its perils. Despite the popularity of the song, with its denunciation of the dangerous system and its advice to stay put or take an airplane, Dominicans kept setting out in yolas. Today the death toll continues to mount; the worst disaster in years took place in February 2012, when more than forty people drowned when their yola sank.

The following selection, based on interviews with several women who survived “la aa . . . agua alante y agua atrás [water ahead, water behind]” details the deadly risks involved in a voyage in a yola.

It was dark, and the small boat fought against the fury of the Caribbean Sea. In the middle of nowhere, without food or water, twenty-eight women and men lost their hope of reaching the promised land in Puerto Rico. They were miraculously alive. They did not perish because they took turns bailing water from the boat, [they] sucked milk out of one of the women’s breasts in the boat, and the Divine Providence impeded the waves from swallowing the boat. When rescued by the authorities after more than twenty days of misery, the woman who fed her companions was interviewed by news crews. She was asked: “Why did you risk your life?” She answered: “I was in search of life, there was no life here.” She added she would do it again.

Hundreds of undocumented boats exit the eastern coasts of the Dominican Republic every year with thousands of people in search of life. Many encounter only death in the journey. Others are returned. Others reach their goal. The question still remains, why do people risk their lives? In the search for life Dominicans engage in a suicidal attempt to remedy their misery in the homeland. In their attempt to cross the Mona Strait in fragile yolas, they have also created one of the saddest tragedies in the history of the Caribbean. . . . The Dominican Republic is a good example of massive international migration. During the 1980s, hundreds of thousands of Dominicans—mostly women—abandoned their homeland seeking a life abroad. The Dominican Republic was the leading nation sending immigrants to New York City during the 1980s and 1990s. From 1989 to 1991 more than 20,000 Dominicans migrated to Spain, and a similar number migrated to other European nations. The Dominican population in Puerto Rico has grown from 1,812 people to 61,455 in 2000.

The restructuring of the Dominican economy plays a significant role in this development in a number of ways. For example, the Dominican Republic’s economic growth is higher than any other country in Latin America and the Caribbean, showing success in global economic developments and free trade. Women represent more than 80 percent of workers in La Zone [Free Trade Zones] and tourism, the two pillars of the new Dominican economy. But economic growth does not translate into the improvement of people’s quality of life. Paradoxically, the poverty rate has increased dramatically, affecting negatively the quality of life of Dominicans in terms of education, health, and income. An average of more than 50 percent of Dominican households live in poverty. Alarmingly, the majority of Dominicans live on less than a dollar a day. Further, the educational system fails to provide adequate instruction to Dominicans. For example, 50 percent of students enrolled in first grade only reach fourth grade, 22 percent complete eight years of education, and only 8 percent finish high school. In terms of health, the Dominican Republic has more than triple the percentage of infant mortality that it should have according to international standards. Employment is reduced, and social security is almost nonexistent.

Apparently the movement of labor that began during the 1980s was composed of factory and informal sector workers with low pay, long working hours, and limited access to the market. These workers moved to Puerto Rico’s needy informal labor sector. There, though they are still exploited, they are better paid and there are less limitations in accessing the market. They have generated new patterns of migration capable of altering significantly the previous theoretical explanations of the international movement of Dominicans.

To fulfill their dreams, many women choose to engage in the danger of crossing the Mona Strait. Undocumented migration to Puerto Rico is an easier choice for poor women for two main reasons. Poor women do not have access to financial resources to obtain a United States visa and travel by airplanes. Undocumented migration to other destinations in the United States, such as New York or Miami, requires greater financial resources. The only cheap choice many immigrants have is to embark on a journey of crossing the Mona Strait. In some occasions, undocumented migration to Puerto Rico is also a way to travel to the mainland. Traveling from Puerto Rico to the United States does not require immigration screenings. These are domestic flights, making it easier for illegal Dominican immigrants to evade immigration authorities. . . .

In order to escape the misery of poverty, women go through a complicated process of making connections, saving, and arranging who will take care of their children. The first step in this process is contacting the relative or friend waiting for you in Puerto Rico. Karina had a sister in Puerto Rico, who sent money to pay for the trip and was expecting her in Puerto Rico. Second, it is necessary to approach an organizer or recruiter, as Karina did. Third, one must get the money to pay for the trip. Not all undocumented migrants are as fortunate as Karina. Mayra, for example, had to mortgage her house and her husband’s business, losing all in her unsuccessful attempt to migrate. Marta kept a san (credit-rotating association) for three years to get the money. A friend lent her money that she paid after she began working in Puerto Rico. Other women in the sample told me that the organizer/recruiter stole their money. Juana, for example, was robbed three times before she finally made it to Puerto Rico. She said to me: “They told me I had to give them $2,000 pesos up front, and then they divided us in three groups. I counted 60 people all together. We were left behind in the wilderness, and we saw the boat, but the captain left with our money.” For her final, successful attempt she gave her television set to the captain of the boat.

More important than having a contact in Puerto Rico is having an honest recruiter in the Dominican Republic and the money to pay for the journey; also, family arrangements loom large in migration plans. Women in my sample had small children, and before they engaged in the journey, arrangements were made to find a reliable person who would care for the children. In many cases the woman’s mother or sister took on the responsibility. The plan also included arranging their situation so that their children could be brought to Puerto Rico. For example, Aurelia told me that she left her three-year-old daughter with her mother, and the day she left she did not tell her daughter in order not to scare her, but when she finally made it to Puerto Rico, she called her and promised her she would soon be with her. Amparo from San Francisco de Macorís said: “I arrived with twenty people to a place near the beach. There we met El Capitán, and he told us he had too many people, and he did not know if everybody would fit in the boat. He told us to stay right there and to meet at 7 p.m. on the beach. At 7 o’clock there were 65 people and among them like twelve women. The captain told us to jump into the boat, and after we left we had to return because the boat was going to shipwreck and the police came, we ran into the wilderness, but the police attacked the captain and broke his head. We stayed hidden until next morning. I did not go this time, but six months later I tried again. This time the contact took me to Boca Chica, and we left almost at 2 a.m. and stopped in the island of Catalina (near La Romana). The boat we took in the island of Catalina had two engines, and before we left, the captain jumped out of the boat and sent us with another guy who he said knew the directions. The second day at sea, two men started a knife fight and they spoiled the compass. We got lost and I don’t remember how many days we wandered in the middle of big waves, we cried every time dolphins jumped out of the water, believing they were sharks. Women had to pour the water out of the boat, but we didn’t have strength and we were very thirsty. I lost consciousness and I dreamed of my daughter Jacqueline and I asked her for water and she gave me a cup of water. I woke up and saw the people praying in loud voices, and then we saw a big boat and started to follow it and it was dark, but God illuminated us with a full moon and continued until we reach El Desecheo (an island near Aguadilla in Puerto Rico). [We left on] Thursday and we arrived in El Desecheo on Tuesday of the next week. Or was it the following week? It was 9 p.m.” . . .

“Other people can rob your money and even kill you. Women are raped.” Juana told me that men want to have sex with the women, that they will not take them on the trip, if they do not comply. She said she was spared from being raped because her brother was with her. . . .

The number of Dominicans killed in the journey is unknown, but it might be as many as hundreds every year. The tragedy of the lost boats, and drowned and shark-eaten corpses is a daily experience in the Dominican Republic. 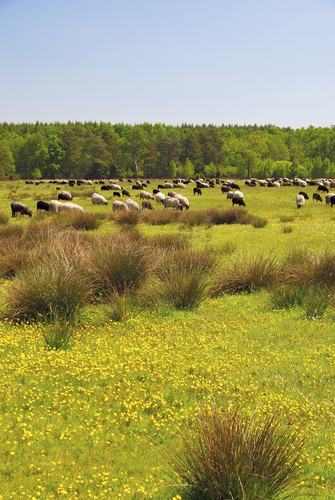 Shopping for houses in rural Germany

Crossing the Nile to discover a whole new Sudan