Leaving Miami to head down the Florida Keys to Key West, was our first Dog experience. The bus station was thirty minutes drive from Miami Beach in a grotty part of town near the airport. The Greyhound bus stations are nearly always in the worst part of town. After buying our Discovery Pass tickets, Lucy and I sat down in the waiting room. The Discovery Pass ticket cost $564 and lasted sixty days. We wanted to get the Pass as we needed the full sixty days and it is far cheaper than paying for single journeys.

Ten minutes after buying the Pass, I realised that the date had been written on incorrectly, meaning it expired three days too early. And we needed it for those three days. I went back up to the counter. I was met there by a fat, angry, middle-aged woman wearing a wig. I think they all wear wigs, but it’s hard to tell. 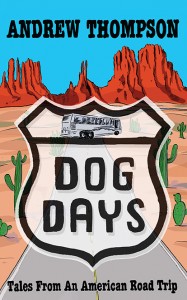 ‘Yes, hello,’ I said. ‘I was here a few minutes ago and bought this Discovery Pass.’ I held it out.

She remained silent, glaring at me.

‘Anyway, it’s been dated wrongly so it expires three days too soon,’ I said.

‘But I just bought it ten minutes ago,’ I said.

‘A man, a young guy. About ten minutes ago.’

‘Whether he did it?’

‘Of course he did it. Who else could have done it?’ I said.

‘Nothin’ I can do ’bout it. Next?’ she said, looking past me at the person behind.

I sat back down. There’s no point arguing with them. 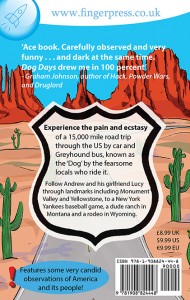 The waiting room started filling up. It was not a glamorous crowd. Most people seemed like they were from Chicago. Some were black and poorly dressed. Anyone white was covered with tattoos. But there was an electric fan on, providing a modicum of respite from the humidity, so we had to suffer the clientele. The heat was standing at the door like an enemy.

Ten minutes before the scheduled departure time a bus arrived, jerking its way into the car park. It was covered with rust and its paint was faded. I could only just make out the word ‘Greyhound’ and the picture of the blue dog on the side. The tyres were completely bare. It was almost like a scene from a comedy sketch, where the ailing vehicle spits and splutters and smoke billows from all parts.

We sat in the waiting room, while the other people starting leaving, walking out to the bus.

‘I think it might be for us,’ Lucy said after a few minutes.

People started getting on the bus and the driver turned a revolving sign at the top corner of the windscreen until it read ‘Key West’.

We walked out into the car park and climbed on board.

The bus was filled with low-lifes who had no conception of personal space. Then the bus chugged away through the heat, labouring from gear to gear, slowly building up pace. There was no air-conditioning, only sliding glass windows that were virtually impossible to prise open.

Once we’d cleared the grime of Miami, we made our way down the almost innumerable Florida Keys, the road bridging the various atolls. A disused railroad track shadowed the bitumen for part of the way, its iron ribbons often stranded in mid-air above the water. Billed as around two and a half hours by car, the trip took us four hours. Naming the company Greyhound was clearly done for the purposes of irony.

The hazards – and perks – of canoeing the Sea of Cortez 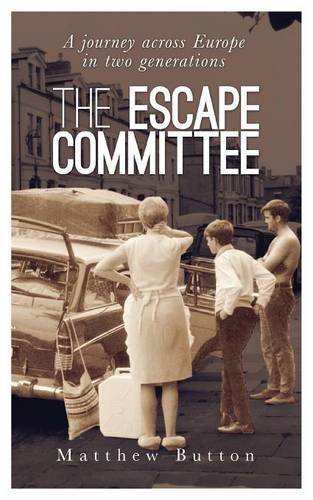 Camping like the 60’s on the shores of Lake Bled