It’s the end of February … prime storm-watching season in Tofino, a small community on the West Coast of Vancouver Island. Summer or winter, this is one of our very favourite places to slow down and unwind. In the normal course, the roads are dry and clear and it is not a difficult drive. However, for this trip the weather was most unkind. As we left Vancouver en route to the ferry at Horseshoe Bay, snowflakes were descending steadily. This was definitively not good news. A three-hour cross-island drive lay ahead. But, it could have been worse. There was little traffic and we only encountered a couple of hiccups along the way. One car, whose driver must be totally unaware of the need for winter tires, was slipping and sliding up a steep hill towards Summit Pass, known locally as the “Hump”. Further on a snow-laden tree blocked one side of the highway. Thankfully, both problems were easily navigable. We carried on and crested Sutton Pass at just under 800 ft. Now the road twists and turns as it descends steeply. To my driver’s relief, the snow turned to torrential rain. At the T-junction, a left-hand spur leads to Ucluelet, a small settlement meaning “safe harbour”, at the end of the peninsula. We headed right along the coastal highway towards the Pacific Rim National Park Reserve and Tofino. We passed through some old growth forest where daylight barely penetrates the darkness created by the towering cedar trees. Just around the bend and at the top of the rise was our first view of the churning Pacific Ocean. Another few minutes and we’re sitting safe and dry in the Great Room devouring a delicious bowl of Tofino’s best seafood chowder. Slowly the stress of the drive slips away. Looking out over Cox Bay, we’re hypnotized by this winter storm and the roar of the surf. Huge breakers crash on the beach bursting into an explosion of churning white froth. Raindrops are bouncing off on the sand. We watch as a swarm of black neoprene-clad surfers bob up and down in the water searching for the perfect wave. Nothing seems to deter them. Then, whoosh, a surfer’s up. He’s riding hard on his board skillfully following the arc of the wave face. This is pure enchantment.

The storm gods raged angrily all that night but finally wore themselves out. The next day dawned bright and sunny with just a few fluffy clouds in the sky. It was a perfect day for a walk. There are many beaches from which to choose: MacKenzie Beach, Chesterman Beach, Cox Bay, Long Beach and Florencia Bay to name just a few. Our journey began at the Wickinannish Inn. Wickinannish himself was a chieftain of the Clayoquot, an indigenous tribe of the region, who wielded great power in the late 1700s. In memory of this First Nations leader, the Inn has preserved his name. This renowned five-star hotel is set on the water’s edge at one end of Chesterman Beach. Here the sand is white and firm underfoot. The waves gently lap against the shore. As we strolled along, we gulped in great breaths of the fresh, invigorating sea air. This beach is a popular haunt for seagulls, beachcombers, dog-owners, surfers, families with young children, couples of all ages, solitude seekers and even the occasional cyclist. There’s lots of space for everyone. The dogs happily chase one another.

Contentedly, couples stroll hand in hand. Youngsters dig water channels and build sand castles. Surfers march purposefully towards the ocean, board in hand, or sit contemplatively on the sand. At high water mark, the beach is often strewn with large empty mussel shells as well as kelp and clumps of various types of brown and green seaweed. Today, we’re lucky to espy a couple of sand dollars. This is a species of circular sea urchin with a distinctive five-fold petal-like pattern. Many large pieces of sculpted driftwood, the once-rough bark smoothed by the continual motion of the sea and sand, lie on the beach. On the landward side stunted pine trees have been molded and battered by the strong prevailing winds so that they now all lean in the same direction. Out to sea is the wild Pacific Ocean and way, way beyond that is the island nation of Japan.

Sand and the sea are not the only attractions in Tofino. The local fishermen set their crab pots early each morning. In a rare case of culinary art, my husband is the master chef. Early on I learned that there’s nothing better than the sweet taste of freshly-caught Dungeness crab. Sunsets, too, are a top priority. There’s something magical about the sun slowly sinking into the ocean. The sky dissolves into an array of glorious colours … blues, golds and silvers. Then as the sun descends ever lower, subtle pink, orange or even red highlights become visible amongst the cloud formations. Just beyond Ucluelet, there’s the five-mile Wild Pacific Trail deep in the heart of rain forest country. From the cliffside path, we looked down to the Graveyard of the Pacific where many ships ran aground and many lives were lost in years gone by.

The powerful waves tossed the navigational buoys about relentlessly. Their bells tolled ominously warning of the treacherous coastline. In the moss and lichen-covered trees song birds hide. High above bald eagles soared searching the shoreline for food. And, of course, one cannot miss a visit to the Eagle Aerie Gallery in Tofino where the creative artwork of Roy Henry Vickers is on display. This world-renowned First Nations artist is best known for his limited edition prints of traditional native West Coast art. At other times of the year, visitors can enjoy whale watching, kayaking, deep-sea fishing or even a one-hour boat trip to Hot Springs Cove to enjoy a soak in the cascading geothermal hot springs.

For us, spending a few treasured days in this unspoiled and cared-for environment is at the same time exhilarating; inspiring and relaxing. In the words of the Canadian artist, Emily Carr: “It is a place where the wind, rain, forest and sea meet the sunshine”. There’s no doubt that Canada’s Pacific Rim on the very edge of the continent is nature’s spectacle at its very best. 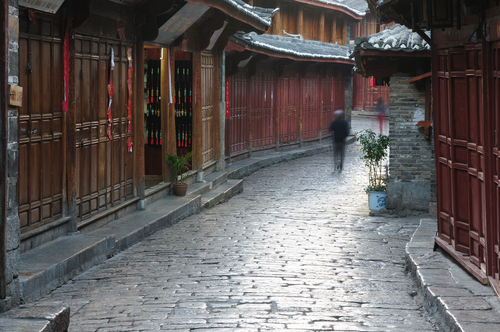 Another lazy day in downtown Dali 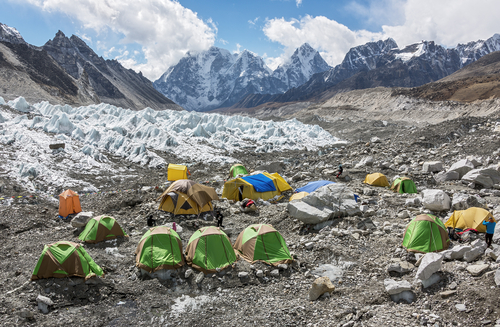 Adventures and insights on Everest’s flanks