America has a tipping culture. Far more than in England or anywhere else that I’ve been.

It’s a nightmare. You are expected to tip pretty much anyone who does anything for you. Taxi drivers, barbers, waiters and bar tenders. They all expect tips. And they expect them no matter what the quality of service.

The rule of thumb is as follows: the usual amount to tip is 15% of the bill (or check, as the Yanks call it). If you receive very bad service, you tip 10%. If you receive very good service, you tip 20%. Most bills even have these three amounts calculated and printed at the bottom to save you working it out. The amounts always struck me as high, and the 10% tip is absurd. Why would you give any extra money if the service was bad? What’s more, if you do give a 10% tip for bad service, the waiter is offended and won’t thank you. So what’s the point? You might as well keep the money.

And all this, ‘the tip is part of their wages and they rely on it’ business, is bullshit. If it’s part of their wages, incorporate it in the price and I’ll be happy to pay it. Leave it up to discretion and good luck to them. In one Nashville bar there was a sign which read ‘We work for tips only’. I found it hard to believe that the waitresses received no wages at all and only earnt the tips. Mind you, they were scantily-clad and seemed to be doing rather well. I’ve always had an issue with tipping generally, especially the percentage concept. If you order a $50 bottle of wine, why should you pay an extra $5 than if you’d ordered a $10 bottle and only paid $1? The waiter has done the same amount of work. It doesn’t make sense. If tipping is to exist at all, and I’d only ever tip if the service was good, it should be a flat rate. It’s like income tax. The rich are paying more to start with, so why should they be punished and pay an even higher percentage? It’s like Sherwood Forest. I know a man who puts down $5 regardless of the size of the bill. The absurdity is, if the bill is $20 the waiter loves him, if it’s $100 the waiter hates him.

A lot of restaurants will have a note on the menu which says ‘A 20% gratuity will be added to parties of six or more’. That makes even less sense to me. A party of six will have a higher bill, so why should they then pay an even higher percentage? It doesn’t work. The system needs to be standardised.

Most places are very keen to tell the customer that the tip will be extra. ‘Gratuity not included’ notices are everywhere—on menus, on the bill itself and on the wall. Everybody expects a little something. I’m surprised the Yanks aren’t lazier, because nobody will do anything unless they think they’re going to get a tip.

And it’s not as if the service in America is that good anyway. I’d heard a lot about how amazing it is, but it wasn’t.

Waitresses tend to introduce themselves at the start of the meal in a bubbly fashion to create a good first impression, but they then take ages to come and take your order. They always seem to be in a hurry to move you on as well, trying to get another table in for another tip. Any finished plates are removed immediately, the waitress often standing over the table, waiting for you to finish. Many times I’d still be wiping my mouth with the napkin when the plate was whisked away. Then the bill will be presented without request and often before you’re finished.

This happened in a bar in Las Vegas. I’d said nothing, the bill was presented, so I ordered another beer, drank it, paid the original bill, and left.

But it’s not just the tips in America, there’s the tax as well. Sales tax is added on to every bill and it varies from state to state, ranging from about 7 to 17%. Again, the menu prices don’t have this element incorporated. It’s added at the end. I gather they do it this way to make their prices appear lower. If something is $10 on a menu, the 17% tax is added to make it $11.70. A 15% tip is then added onto that figure to make a total of nearly $13.50. All these additional amounts should be added in to the menu prices so you know where you stand.

Apart from the extra money it costs, the tax being added on to the menu prices means you get given a lot of coins. If you buy something in a shop that costs $5, you’ll pay $6.08 for it and get ninety-two cents in change. Your pockets are full of coins at all times. But the vendors don’t like it when you give the coins back to them. I bought a subway ticket in New York with coins that I had counted out, including all the copper coins.

All waiters of every kind expect a tip, but some cities are stricter about it than others. The New York City bartenders expect an extra dollar for every beer they serve. In other areas, such as in the West, the waiters don’t seem too put out with small tips.

In our hotel in New Orleans, the breakfast delivery waiter would phone the room to tell us breakfast was on the way. ‘Don’t forget about me,’ he’d say as he hung up the phone. I took that to mean that we should be getting our tip ready. I never tipped him. He’d hand me the breakfast, stand there, glare and then storm off.

‘If he expects a dollar for that,’ I said to Lucy. ‘He’s kidding himself. I’ll go around and deliver all the breakfasts in ten minutes and make fifty bucks.’

Yes, the waiters expect tips, but it’s the taxi drivers who are the worst. And they get quite aggressive about it.

Most taxis have the usual ‘The fare does not include any gratuity’ style of notice on the window. And they don’t like it when you don’t give them one.

I gave a New Orleans cabbie $8 for a $7 fare. That’s a tip of 14%. He just stood there and looked at me, then said ‘Okaaaay,’ in a drawn out fashion and trudged off. I handed our shuttle driver to LAX $1 extra. He’d been very friendly on the drive, chatting away, no doubt expecting a large tip. He snatched the dollar out of my hand without saying anything, huffed away, slammed the door of the van and then screeched off.

That’s the other annoying thing, taxi drivers feel obliged to chat in the hope of a better tip. I’d rather they just shut up and drive.

A taxi took us from the St. Louis bus station to our hotel. He was a black man and he was angry. I found most black men driving taxis to be very friendly, but not this one.

‘Do you know the address of this bus station?’ We needed it for the return journey.

‘How the hell would I know?’ he said.

I then asked him something else and he didn’t answer.

We got to our hotel and the fare was $13 for only a five minute drive. He hadn’t used the meter.

‘That seems very high,’ I said.

‘Naturally, there’s no tip,’ I said. ‘You’re not a very friendly cabbie are you?’

Well, that set him off.

‘I’ve got a lot on my mind, you hear me?’ he said. ‘I have not disrespected you. I have been polite and now you go and say somethin’ like that to me. How dare you.’

He slammed the cab door and screeched off as well. It’s like their final word.

In my time in America, I developed a number of techniques to counter the tipping phenomenon. You have to be crafty, as the waiters are aware that people are trying to avoid a large tip.

My first rule is not to pay for the drinks as you go. If you pay for drinks as you go, you have to tip each time. There’s not really any way around it, because if you don’t tip, it’s then very awkward for the rest of the time in the place. If you get the bill at the end, you can leave a small tip and then leave, never to see them again. No hassles.

But the waiters have ploys as well. Their standard routine is to wait for ages before bringing the change back in the hope that you’ll get sick of waiting and leave, leaving the excess money as well. This even happens when the tip has already been included in the bill and is mandatory. In Chicago I got a bill for $28.57, which included a 15% tip. I gave $30 and waited until my change was brought. I’m sure they expect you to round up so they receive a double tip in those circumstances. Other times when the tip was included I counted out the exact money and still received a glare from the waiter, as if I should have been giving more.

Waiters will also give back heaps of $1 bills in the change so it makes it easier to leave a few, rather than giving a $10 note and running the risk of getting nothing because a $10 tip might be too much.

The bill is almost always presented face down, as if to create some sort of illusion or surprise, and the waiter will say ‘There’s no rush with this, just whenever you’re ready.’

I employ what I call the ‘Round, Ready and Run’ technique.

My policy is to wait until I’m completely ready to leave. You don’t want to put the money down and then linger, because the waiter will see the small tip and may say something.

They’re onto this too, often hovering around waiting to pick up the money. But I wait until I’m about to leave, round up and then move off quickly. For example, for a bill of $38.50, I’ll round up to $40, put the money in the bill wallet (always in there so they can’t see what you’ve left), and leave in a brisk but not hurried manner.

I didn’t have any issues at all in America using this method.

The same couldn’t be said for Mexico. In Acapulco a couple of years earlier, an angry waitress chased me down the street to ask for a bigger tip.

She didn’t get one.

‘No es compulsario,’ I said to her.

And in the end, that’s the nub of it. Tips are not compulsory and if the Yanks expect tips every time, in my view, they’ve got to earn them, because I never give tips as a matter of course for bad service. 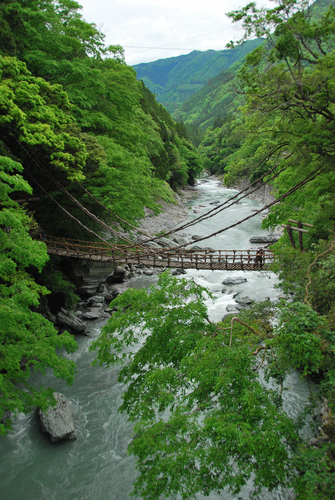 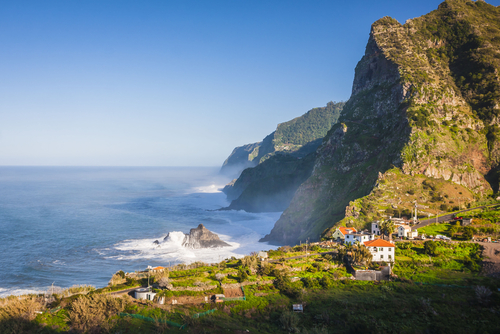 In Funchal the maid in Madeira is just a bit crazed