Under cover of darkness, I once again illicitly camped in a national park. I pitched my tent up against the foot of “Dune 45” (the forty-fifth dune east of Sossusvlei) and slept a few hours. The morning saw me packed up and sat 100m high on the dune an hour before sunrise. It was cold, windless and utterly silent. As dawn approached, colour slowly bled into the faint black-and-white world in which I had trudged blindly up the steep sand. The stillness was finally broken when headlights flickered in the distance and the convoys of tour trucks began to arrive. Somnolent groups spilled out of their vehicles and began to climb the dune. Cadences of German language and the odd twang of Australian-English floated over to my perch which was thankfully further along the dune ridge than they cared to climb.

Back on the northward road and taking lunch rests at the strategically spaced petrol stations that drag in tourists and horrendously overcharge them for everything in their little “general store”.

At one of these remote outposts (aptly-named Solitaire), I sat and watched for a while from a distance as a steady stream of tourists climbed out of their cars in their crisp safari suits and scrutinised/photographed my laden bicycle with its tatty panniers and a pair of pants drying on the handlebars. They would then retire to the cafe to sip coffee or ice cold drinks while I hunkered under a tree eating cold rice from last night and ignoring my attendant flies.

When people see me with the bike, they ask the usual questions: where from/to? How long? Why? Why? Why? I either answer truthfully and sound (at least, to my ears) arrogant and self-satisfied, or I play down my journey and inevitably seem evasive and odd, surly even. Either way, the overriding impression usually seems to be one of incomprehension. So be it. I see the secret things that only a camping vagabond can see. That night I was woken by a noise at 3am. An almost-full moon dazzled overhead. I had been too tired to lift my bike over the fence so had once again camped next to the road. A zebra stood no more than 5 meters from me. Its crepuscular white stripes glowing in the moonlight. I was obviously stuck between the two fences. It wandered off along the fence only to reappear five minutes later and pass at arm’s length from me. After a couple struts up and down this eerie witching hour catwalk, the zebra began testing fence posts with its head, soon found a weak one, knocked it over and was free again.

Glorious clouds rolled over the land and I crossed the Tropic of Capricorn as a few drops of light rain fell, my first since Cape Town. In this cool air I made a small pass through some odd looking hills and was approaching the coast again when my rear axle snapped. I’d never known this to happen before and sadly had to hitch a lift for the final stretch to Swakopmund. A weekend of rest set me straight and, with a new axle (and a few replaced spokes), I headed a little further north. A salty haze hung heavy and thick over the coast when I woke on the beach. I turned inland once again and began climbing. The grey pall over the water shrank behind me and the sun bleached everything in sight to a dizzying white. My increasingly-familiar bike and I gradually rose up to 1700m and rejoined a main national road for the final 150 miles to the capital.

The road was narrow and frightening. I was often forced abruptly off the tarmac. On one of these occasions the jagged edge of the road made an eight-inch long tear in the side wall of my rear tire. It was evening so I pitched my tent behind a bush and stitched up the rent in the tire. When I got up in the dark to fit it to the wheel I stepped on an ants’ nest and a few hundred small biters streamed onto my bare feet. While hopping comically around in my pants, trying to brush them off, I narrowly avoided stepping on a scorpion as long as my thumb. It turned to face me for a while then backed cautiously away before I could grab a sandal to swat it.

Thousands of large armoured crickets strove to cross this road. One would be flattened by a vehicle and then another would scuttle over to feed on the yellowish mess. This cannibal interloper would inevitably be crushed in turn and a third hungry fool would wander into the line of tire. Thousands of splodges of these crickets dotted the road and, for variety, the odd foot-long millipede with a shiny black shell and countless orange legs would join the foray and become a leggy pancake. With my nearly knackered tire, I just managed to make it to Windhoek having dealt with four punctures in one morning. I crossed a bridge where I was mugged with a friend by (seven men with knives) in 2006 and found a place to stay.

My time in Namibia is nearly over. I’ve seen little of her people. There are only two million and few live in the areas I’ve passed through. But I feel the country’s land has revealed itself to me. It is as bewitching as it is barren and vast. It has been a good place to re-acquaint myself with the routines and surprises of life on the road.

My new bicycle (built from the parts of several old bicycles) is now a little better known to me. I don’t love it: it’s too small for me and we’ve had some problems but we seem to be building a reasonable working relationship. I dub him “Little Bastard”. Maybe I’ll grow to love him.

Eliminating risk: how to travel in absolute safety 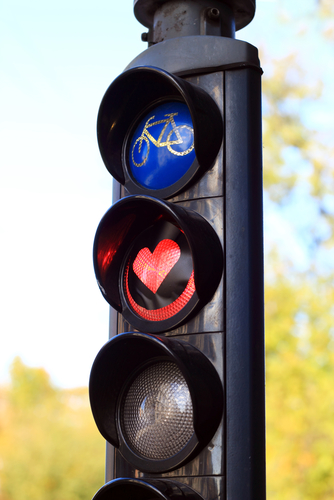